London-based app developer/digital UI studio, ustwo, has turned out a raft of interesting work over the years — for itself and for paying clients. On the former front its antisocial photo-sharing app, Rando, is a particular highlight for me. But ustwo’s psychedelic Whale Trail mobile game has created the biggest splash, bagging an e-books deals with Penguin last year and racking up more than 3.68 million downloads across Android and iOS since being released in October 2011.

The game, which features a flying whale called Willow that surfs up rainbows and gobbles coloured bubbles to fuel its flight, is “100% the most successful own IP ustwo apps”, the studio confirms. And, after two years’ of downloads, the Whale Trail app has now generated enough revenue to break even.

But break even does not equal profit, so ustwo is embarking on the next stage in Whale Trail’s evolution — by creating a children’s TV show based on characters from the game.

Whale Trail’s lifetime app stats, shared with TechCrunch today, make for a relatively sobering story from an app developer point of view: 3.68 million downloads and a total lifetime revenue of almost £266,000 to-date. And zero profit. (One point to note: other than “launch efforts” associated with the various version of the game, ustwo says it hasn’t spent any money or time acquiring users — so a minimal marketing budget — which means the majority of the Whale Trail’s user base has been acquired organically.)

Here’s how the app’s revenue breaks down across iOS and Android — it’s interesting to note how much more revenue is generated on iOS vs Android — however Whale Trail’s users and monthly active users skew heavily towards iOS, with 76% of users on iOS vs 24% on Android and 698,590 MAUs across iOS vs 82,731 across Android. iOS’ revenue is based on sales of circa 3.09 million:

So what do you do with a successful app property that still hasn’t turned a profit? You extend the IP’s life in other ways, provided you can afford to do so. Angry Birds’ maker Rovio is the master of this strategy, launching all manner of merchandise and media, based on Angry Birds, from plush toys to books to entire theme parks, and also its own cartoon kids’ show.

Evidently e-books haven’t resulted in ustwo landing a huge pot of gold at the end of Whale Trail’s rainbow — it tells me Whale Trail e-book sales have been very small — so it’s now trying its hand at moving the IP from small screens to larger ones, in living rooms and kids’ bedrooms. It does also plan to revisit the digital books concept with a book app that it will sell on the App Store (“A bigger market and means we can be more creative with the offering,” it adds).

But the major IP expansion play — in which it’s already invested £100,000 so far — is the Whale Trail kids TV show. The show is aimed at 3-5 year-olds, with characters from the game brought to life using a mix of puppets, skins and CGI animation. That’s human puppets, a la The Muppets… 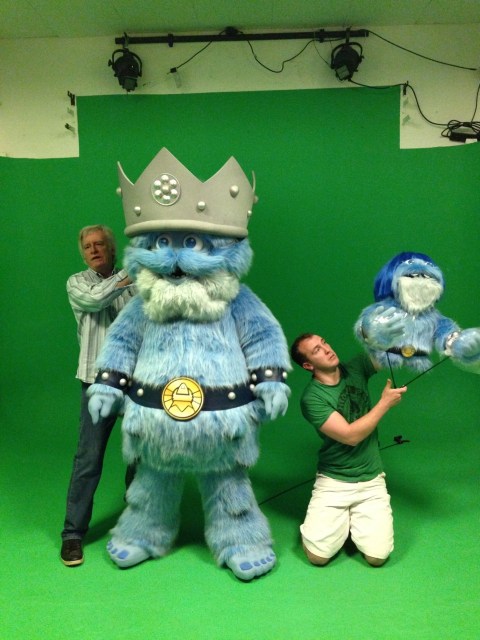 Here’s the teaser trailer ustwo has made for the Whale Trail TV show:

At present the show is mostly concept, with only the trailer, a pilot, scripts and a character ‘bible’ produced to flesh out the idea. ustwo is busy pitching the concept to broadcasters, including most recently at the MIPCOM global media market. It won’t be going into full production of a Whale Trail series unless it can sell the show to a broadcaster, distributors and so on — so this app to TV show transformation is not yet a done deal.

On the production side, thus far, ustwo’s been working with production company Absolutely Cuckoo, with scripts written by Dave Ingham, and the pilot directed by Dirk Campbell.

Neil McFarland, creative director at ustwo and the guy behind Whale Trail’s original artwork, concedes that a lot of money, time and sheer complexity is involved in getting the TV industry to buy an idea.

“The TV industry requires a huge amount of effort and investment to create a hit and it’s a real jigsaw puzzle together with putting the finances in place. Primary broadcasters only give you a fraction of the budget to make the show leaving you to piece together the rest of the money from distributers, licensing and tax breaks in the actual production of the episodes. Getting a broadcaster on board is the launch platform but only the first phase of landing on the moon,” he says.

“We’ve spent over £100k on this so far and will consider further investment in the future to secure more of a percentage of the IP rights once we hit production,” he adds.

With Whale Trail, ustwo didn’t set out to make an app that could become a TV show. McFarland says stories grew out of its game world, rather than being intentionally embedded there.  And that’s what it’s hoping to build on with a fully fledged TV show.

“We follow the same general set up as the game where Willow the whale surfs up a rainbow to the fantastical land of the magical Rainbow Kingdom where he discovers he can fly,” he says, discussing the show’s concept. “We’ve really expanded upon what is only hinted at in the game.

“We get a close up look at the landscape and the end of level goodies from the game have been fleshed out into a set of seven costume characters, kings and queens in fact of their respective coloured kingdoms who have a supporting cast of puppets. We’ve also tried to capture the ‘joy of flight’ mechanic, which is central to the game and Willow can also enter frenzy mode, again taken straight out of the gameplay.” 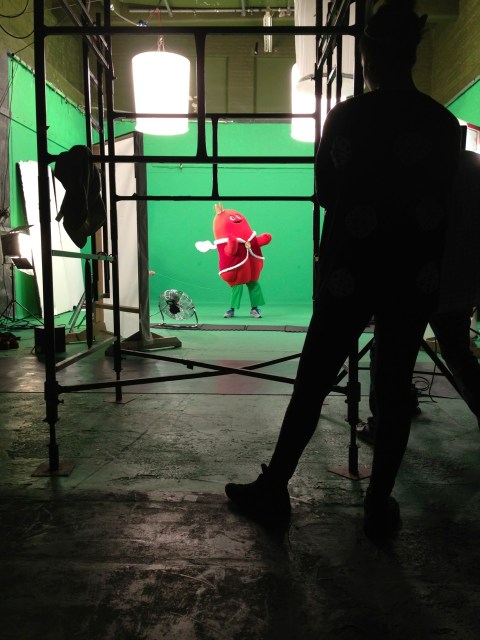 What does an app need to have a chance at translating successfully to TV? “The IP has to be appealing to the target audience and there has to be enough depth within in it to sustain a bigger story in another medium. So many really successful games/apps just don’t have that,” says McFarland.

“Whale Trail has a strong central character supported by an interesting cast, all placed in this highly expansive and expandable world so there is huge scope for storytelling. It’s about flying free, freeing the imagination and daring to dream, all great ideas that a story or series can be built from.”

Beyond Whale Trail the TV show, if that comes off, ustwo says it sees its future in doing more project work (for third parties) and “joint ventures where we use our expertise to help startups & smaller companies go to market and games”. So in other words, more work for them rather than us. The moral of that story is that making your own apps pay is sweating toil.

That said, ustwo is not abandoning its own passion projects. Whale Trail’s success has encouraged it to invest in “an official games team” — aka a full-time team of 10 “games experts” focused on building “beautiful and creative” games.

The Blip Blup minimalist puzzle game is one example of ustwo’s recent output. It’s also working on another game, for iPad — called Monument Valley — inspired by M.C. Escher designs, and due out in March next year.