Lucid Software, the company behind the popular Lucidchart online flow chart and diagramming service, announced a new product in its lineup today. Lucidpress, as the name indicates, is a web-based publishing app for creating print and online content that takes on the established design and desktop publishing market.

Lucid CEO Karl Sun believes that “desktop software lags behind the new realities of an evolved market.” His company’s new app, Sun said in a statement today, aims to make “it easy for anyone to create stunning content like a design pro with all the added functionality made possible in the cloud.” The company also hopes to fill the gap between existing cloud-based productivity apps like Google Docs, Dropbox and similar tools, none of which feature comparable publishing tools.

I had a chance to test the app before its launch and it is indeed very easy to use. If you’ve ever used a desktop publishing app in the past, you’ll feel right at home with Lucidpress, as it features the same kind of standard top-bar menu and layout options as most other publishing apps. In terms of features, it can also hold its own against similar desktop-based apps.

To get started, you either pick one of the company’s many templates for your digital or print project or start with a blank page. These cover all the usual bases and range from birthday books to flyers, brochures and newsletters. 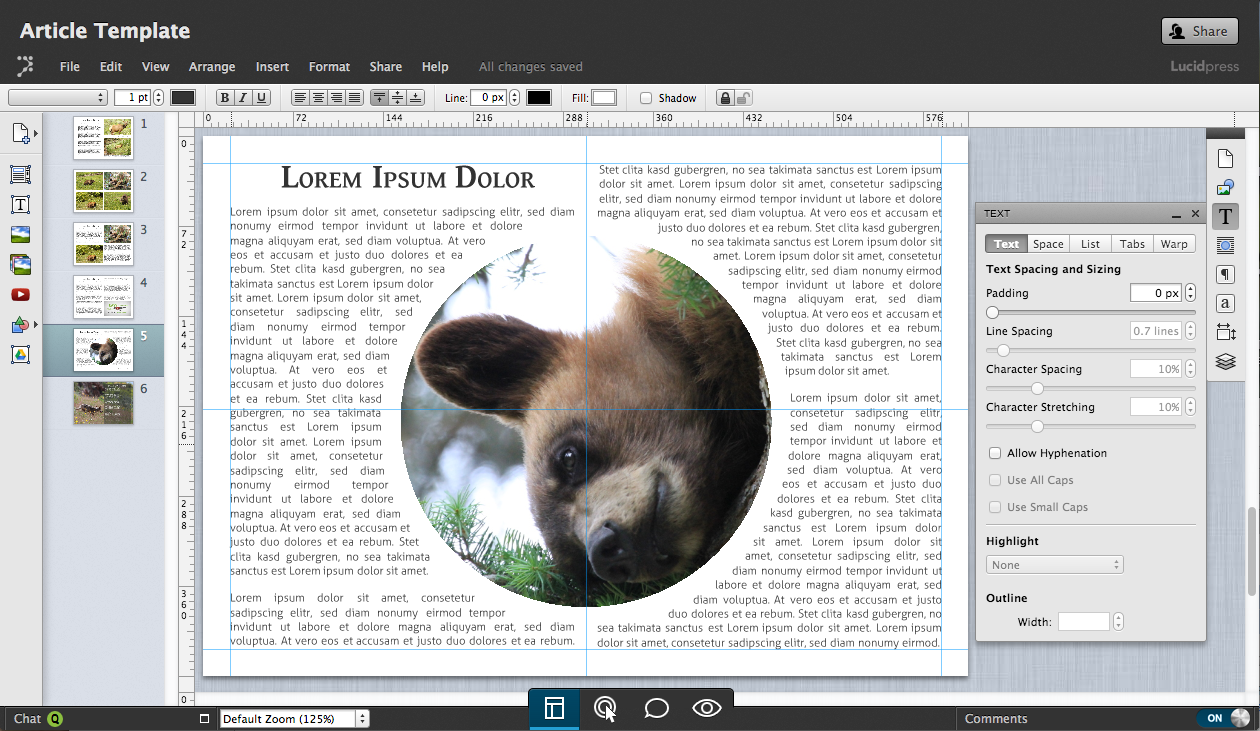 Lucidpress features a deep integration with Google Drive for sharing documents, and it allows you to easily add images from your Flickr, Facebook and Dropbox accounts to your documents. You can also find images on the web through Google and Iconfinder and import YouTube videos for online projects.

The service wouldn’t be much of a web app if it didn’t include some collaboration features, , so it also includes a built-in chat tool and social sharing features to get feedback from colleagues and clients.

Lucid Software was funded by Google Ventures, 500 Startups, 2M Companies and K9 Ventures (as well as a number of angel investors). Lucidchart, the company says currently has more than 1 million users, including teams at AT&T, Warby Parker, Groupon and Citrix. 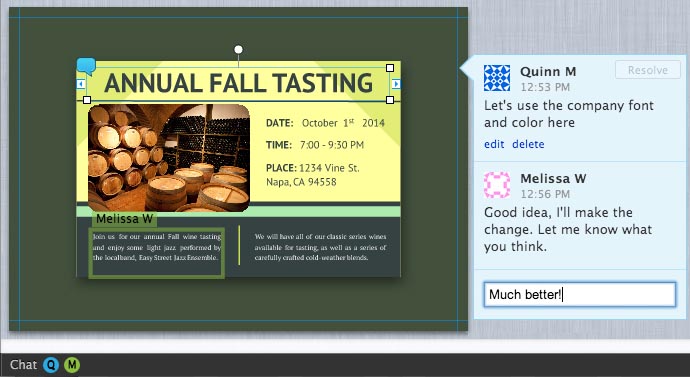