The feds have caught up to the Silk Road. The underground website long known for drug trafficking and other illegal activity was seized by the FBI who also arrested the owner on three criminal counts. New York State prosecutors charged Ross William Ulbricht with one count each of narcotics trafficking conspiracy, computer hacking conspiracy and money laundering conspiracy, according to a court filing.

Silk Road has long existed in the corner of the Internet dubbed Deep Web and accessible only through the seemingly secure Tor Network. Launched in 2011, the site quickly gained notoriety for its shadowy marketplace of drugs and guns. Silk Road became the Amazon of illegal things. As of July 23, 2013, there were approximately 957,079 registered user accounts, and as the court docs note, this does not necessarily equal the number of actual users.

Although obscured, Silk Road netted big money. The total revenue generated from launch until July 23, 2013, resulted in approximately 9,519,664 Bitcoins and 614,305 Bitcoins of commission for Silk Road itself, court documents reveal. That converts to roughly $1.2 billion in revenue and $79.8 million in commissions, at current Bitcoin prices.

A Silk Road competitor, Atlantis, aimed to add a bit of whimsy and Web 2.0 marketing pizzazz to the same markets. It closed last month.

From in or about 2011, up to and including in or about September 2013, ROSS WILLIAM ULBRICHT, a/k/a “Dread Pirate Roberts,” a/k/a “DPR,” a/k/a “Silk Road,” the defendant, owned and operated an underground website, known as “Silk Road,” that provided a platform for drug dealers around the world to sell a wide variety of controlled substances via the Internet.

But that’s just the start of Ulbricht’s troubles. He is also charged with hacking conspiracy and money laundering. The site is currently down, seized by the FBI. It should be interesting, however, to see how the government handles this hydra of an organization. The vast majority of interactions on the Silk Road are anonymous, performed using Bitcoin transfers between parties and set up in secure email exchanges.

According to the court documents, law enforcement agents made over 100 individual undercover purchases through Silk Road, obtaining Schedule I and II drugs, including ecstasy, cocaine, heroin, LSD and others. 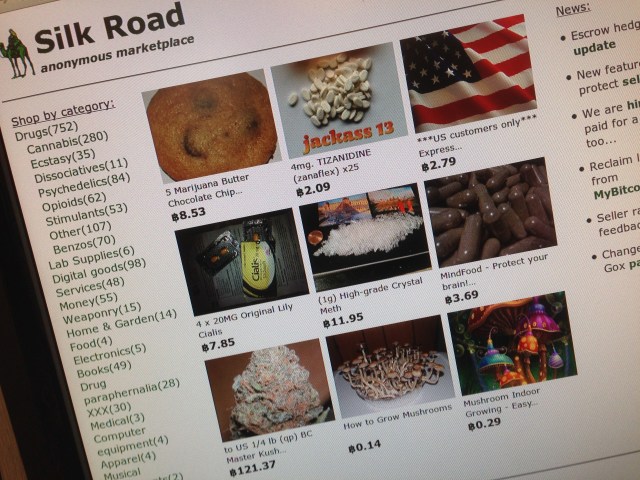