Smartphones have pretty good cameras, but nowhere near good enough to do the kind of high accuracy measurement work that’s required for engineering or remodelling projects. Enter Spike, a new smartphone attachment designed by ikeGPS, a company that specializes in building fit-for-purpose laser hardware for use in surveying and 3D modelling.

The Spike is version of their solution that attaches to the back of a smartphone and integrates directly with software on those devices to make it possible to measure objects and structures accurately from up to 600 feet away, just by taking a picture with your device. The accessory itself ads a laser range finder, advanced GPS a 3D compass and another digital camera to your smartphone’s existing capabilities, and it’s much more portable than existing solutions (pocketable, even, according to ikeGPS). 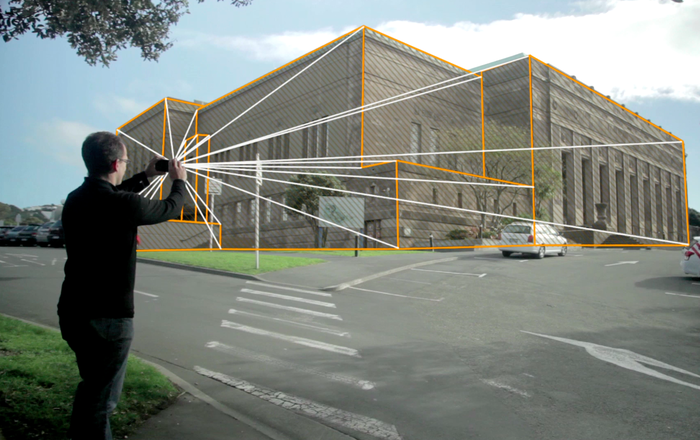 The benefits of the Spike and its powers are evident for the existing market ikeGPS already sells to; telecom and utility companies, architects, city planners, builders and more would be better served with a simple portable accessory and the phone they already have in their pocket than by specialized equipment that’s heavy, bulky, requires instruction on proper use and lacks any kind of easy instant data portability like you’ll get from a smartphone app’s “Share” functions.

But ikeGPS is after a new market segment with the Spike, too. It says the device is “built for developers & hackers,” and they suggest augmented reality as a possible consumer application, but are interesting in seeing exactly what the dev community can come up with via its full-featured API. Laser accurate measurements could indeed bring interesting features to location-based apps, though Spike is clearly more interested in letting developers more experienced with that segment of the market figure out the details.

Spike plans to eventually build a case attachment to make it compatible with any phone and case combo, though at launch it’ll be doing this via a CAD model which owners of the device can use to get mounts 3D printed themselves. It’ll work a bit like the Sony QX10 and QX100 smartphone camera lens accessories, it sounds like, and make it possible to use with any iOS or Android device. 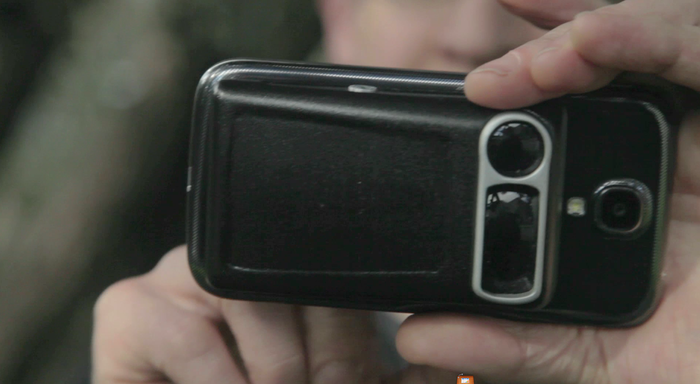 The goal of Spike’s founding team, which includes founder and CTO Leon Toorenburg, who built ikeGPS (neé Surveylab) to fit the needs of professionals, is to make this kind of tech widely available. It’s another example of costs associated with tech decreasing quickly, and making it ultimately possible to provide something that once required a professionally trained operator and expensive, specialized hardware usable by anyone with a phone. ikeGPS tech has been used by UN and US Army engineers in disaster recover and emergency response, and now its team wants to make those same capabilities open to app developers. Others like YC company Senic are looking to accomplish similar things, but Spike’s vision is much more sweeping at launch.

The project is just over halfway to its $100,000 funding goal, and $379 scores backers a pre-order unit, which is scheduled to ship in April next year. Building a consumer device is different from building very specialized hardware on what’s likely a made-to-order basis, but at least the team has the know-how and experience to make its tech actually work.