Once upon a time, if you wanted your own website, you either had to speak fluent Internet, or write a large check to someone who did. However, thanks to the laundry list of companies and services that have sprouted over the last five years — like Weebly, Wix and Squarespace, to name a few — the barriers to building a snappy website have vanished. Today, website creators are free, and the only technical skill required is the ability to locate the Internet.

Today, as smartphones flood the market, a similar story is unfolding in app development. With their customers going mobile, businesses are eager to do the same. A bevy of services emerged to meet the growing demand, offering businesses a quick and easy way to create their apps for iOS, Android and beyond. Bizness Apps launched in 2010 to do just that, providing companies with a low-cost way to build their own mobile apps and website without needing to know how to code.

But with so many options for DIY site builders, both mobile and desktop, these services have to differentiate themselves from the competition if they’re going to stand out — and survive. As a result, many choose to specialize, offering the same basic features as everyone else, while focusing on adding more features and value around, say, social networking, flier creation or shopping.

Like SnapPages, to differentiate itself in this crowded market, Bizness Apps developed a white-label program to allow both companies and businesses to build mobile apps for their existing clients or SMBs in their local area. Shortly thereafter, the startup added a CRM platform to help its white-label resellers sell apps and websites to startups and other SMBs, and today Bizness Apps is adding the last piece of the puzzle.

In a platform play that aims to round out its self-service development suite and sees it moving into the realm of the Weeblys, Wixes and Squarespaces of the world, the startup is today launching its own drag-and-drop, DIY website builder, called Bizness Web.

The website creation service will allow SMBs to quickly design and publish a fully-functional website for desktop, smartphones and tablets in under 10 minutes, says founder and CEO Andrew Gazdecki — regardless of technical skill. In an effort to provide businesses with a feature set that’s comparable to its competitors, the website builder will offer a library of hundreds of templates, designed to make it easy to get started, along with SEO tools, post-publish editing capabilities, social media integration, custom contact and lead form creation and analytics. 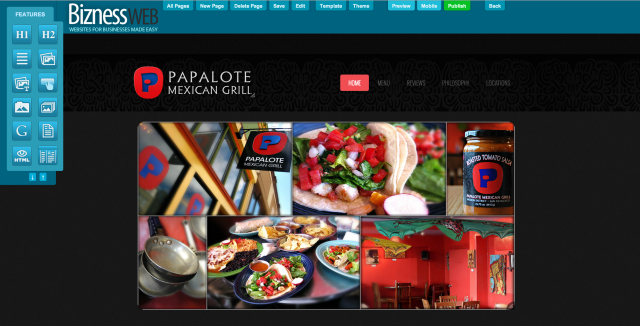 The new product intends takes a similar strategy and focus to its white label reseller program, which provides companies and individuals with the ability to launch their own mobile marketing businesses and develop mobile apps and mobile websites that can be customized and branded according to their client’s preferences. The white-label resale tool allows these pop-up app development businesses to set their own prices and provide services developing apps for their local small business market.

The reseller program has also been the company’s most lucrative product, driving the majority of its revenue, the CEO tells us. The startup raised a small, $100K round of seed funding after launch, but has been bootstrapped since and is now profitable thanks to a reseller-driven $8 million annual run rate, which the company expects to hit $9 million by the end of the year.

But what makes the CEO think that its new DIY website builder will find an audience and can compete with the most popular services, which today dominate most of the mindshare in the market? Gazdecki says that he sees the small business market existing in two segments, one of which is willing to use DIY marketing tools, and other, which would rather pay a premium to essentially, “hire a pro,” as they say.

While Weebly and Wix are mostly focused on the former, the CEO says that Bizness Apps wants to leverage its existing reseller network to provide a more hands-on approach to mobile and website development — even if that requires charging a higher price, and therefore the risk of losing looking for free DIY options. Furthermore, even though the company is playing in an “extremely crowded market,” he says, 58 percent of small businesses still don’t have a website and the chief reason for this is that they lack the confidence to build their own.

At its core, Bizness Apps’ mission is to allow anyone to start their own local marketing company and help local businesses get online, go mobile and manage customers through its three main products. “In the end, we’ve found that small businesses would rather have marketing services built into this kind of platform,” the CEO tells us, “even if it means paying an extra fee.”

Today, the company has 5,000 active resellers around the globe, hailing from over 50 countries and offering services in dozens of languages. Just as its reseller program aims to solve related pain points by giving clients the ability to learn how to market their business and how to approach and sell to small businesses — beyond offering branded apps and websites — looking forward, Gazdecki wants to include more features that help customers get more value out of the platform.

Its resellers often add custom features depending on the market and the client, like a mobile food ordering system, payment gateway and menu integrations for restaurants — so that they don’t have to fumble with receipt printer integrations, among other things. Down the road, the CEO says he wants the new website builder to incorporate features like online food ordering, reservations and eCommerce tools.

The company offers its original DIY app product for $59/month for each platform, which includes a native iPhone app, Android app, iPad app, Android tablet app and mobile website, and will be selling its website builder under a three-tier pricing scheme, starting at $10/month under its “small business” option. Its business tier will run $100/month, and includes 10 websites, marketing materials, sales training and a free Bizness CEM account, whereas its “White Label Reseller” plan includes all of the previous options, with the ability to create an unlimited number of websites.

For more on Bizness Web, find it here. 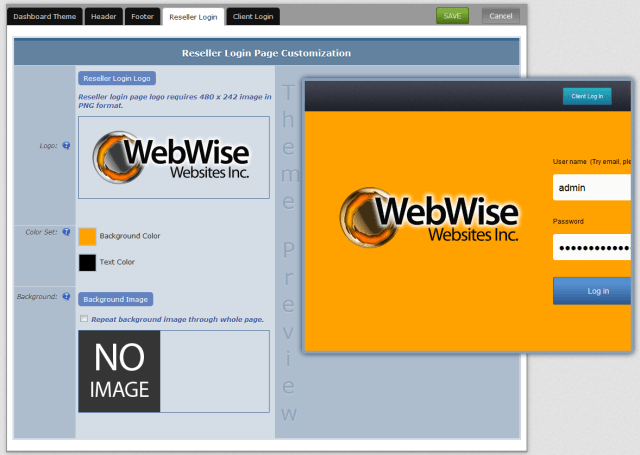