The TechStars inaugural London Demo Day boasted an impressive group of companies, but we put our heads together and came up with a consensus decision on our top pick, as well as a couple of runners up for the show.

The best presentation and interview went to OP3Nvoice, a startup that’s getting some decent early traction with around a dozen b2b customers that reach around a million users. 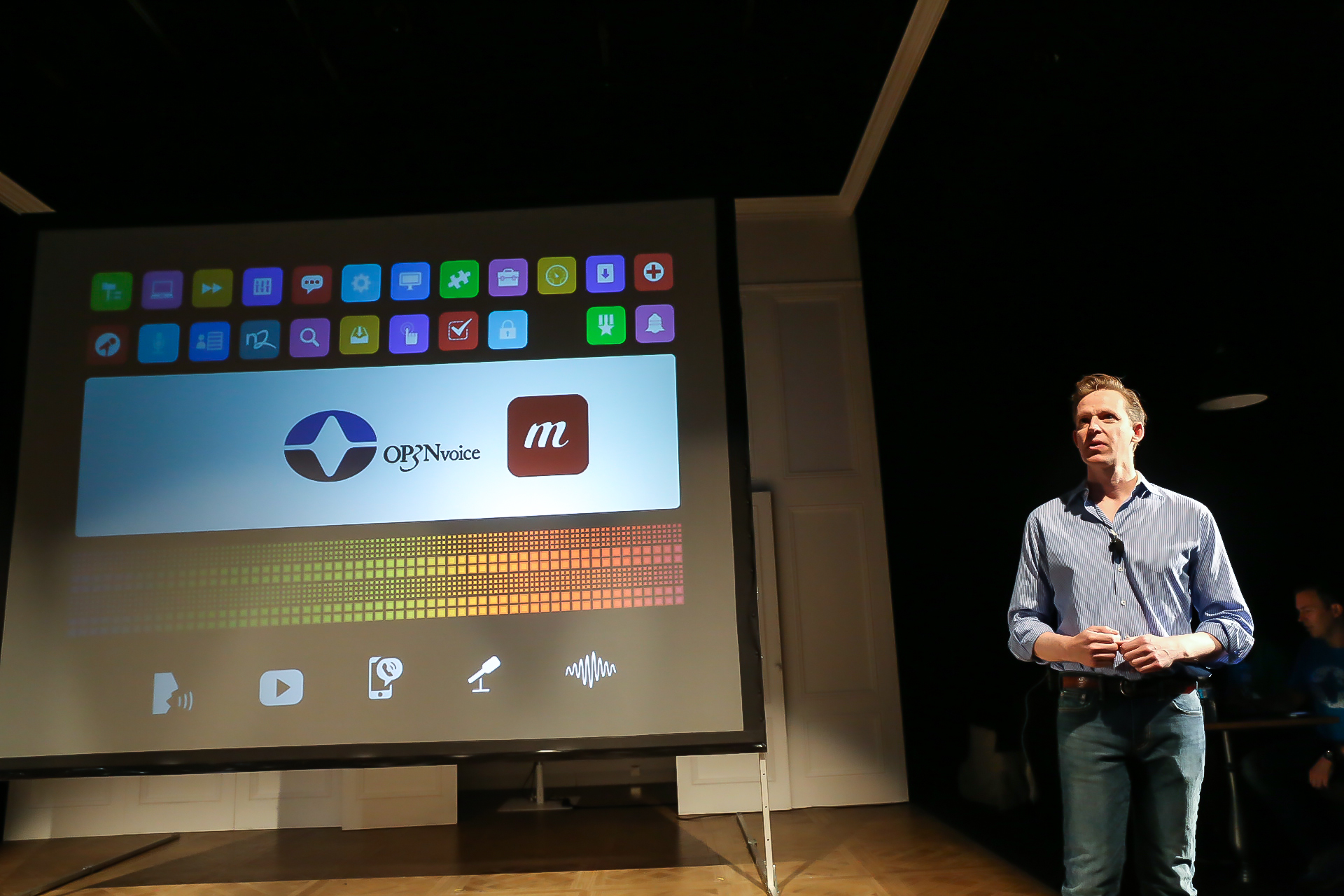 The OP3Nvoice platform offers APIs that make voice and video data searchable by translating its audio to text. It’s targeting this very broadly at developers and businesses that want to be able to turn any unstructured audio data — recordings of meetings, for instance, or audio books, phone calls, conferences, interviews, and so on — into data their business can analyse and act upon, rather than leave untapped.

OP3Nvoice is effectively acting as a connecting layer between these business clients and a range of “hard science” companies that have developed automative speech recognition (ASR) technology — providing the glue (APIs) to stick the two together.

“We licence the ASR engine — the thing that takes the audio and turns it into text,” confirmed CEO Paul Murphy in an interview. It’s effectively a partnership at this point, with OP3Nvoice feeding data back to its ASR providers so they can continue improving their technology.

“These hard sciences are coming out of universities, they’re coming out of research labs and these guys don’t actually understand how to make their stuff accessible,” Murphy said. “And there’s a massive market for this stuff. Because the idea of being able to just make audio and video content searchable — this is the first thing we’ve done and the response has been amazing. People say, ‘yes we’ve always wanted this but we’ve had no idea how to do it.'”

Murphy said the idea for OP3Nvoice actually came out of another business (which still exists) that he founded in 2011, called CallTrunk. That was a phone call recording platform for consumers. But while users liked the service they complained they couldn’t find their call recordings — so the idea for building an audio search was born.

Organising the world’s information and making it searchable is of course the mission of a very large company former startup now based in Mountain View. But OP3Nvoice’s b2b focus means it’s not going to come into direct conflict with Google, said Murphy.

“We’re not going to index YouTube because there’s no point. Google will do that. That’s great. But once YouTube’s indexed then everyone else is going to want to index their stuff,” he added.

While there’s huge potential in making audio and video recordings searchable, with so much of that type of data now being generated and stored online, Murphy hints that there are other areas it could also expand into in future.

“One of the thing we’re really good at is taking hard science and making it useable,” he told TechCrunch. “We’re working with a lab in Germany right now that does emotion detection. They built this stuff for one use-case, and we looked at it and said, ‘hang on — there may be hundreds of people who want to be able to do something with this data but you can’t just give them a spreadsheet full of numbers, you need to give them an API that a developer can deal with’. So that’s potentially another thing that we could expose.” 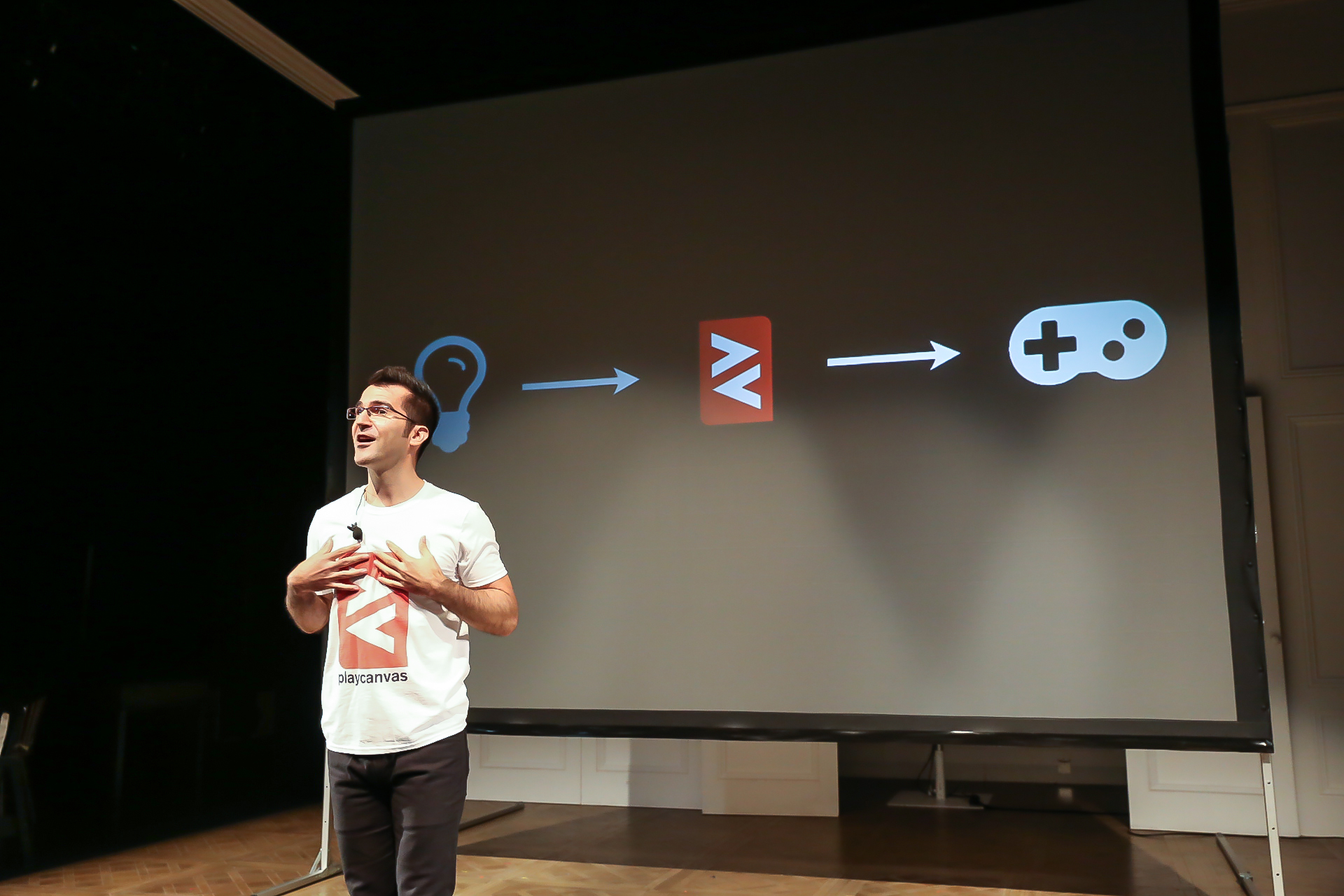 Indie gaming is a growing trend, which currently accounts for around 68 percent of all mobile gaming, according to PlayCanvas. This startup, from former Activision and Sony Computer Entertainment developers, aims to profit from that trend by providing developer tools that live in the cloud and make cross-platform browser-based collaborative game development a reality

PlayCanvas already has the support of Activision, Mozilla and ARM, and has built a tool that makes it possible for artists, developers and other game design professionals to work together in the browser to make fully playable HTML5 games, which it then publishes on the web. These games can be played on any device, so there’s an instant result already in place, but the larger opportunity here is enabling the somewhat fragmented independent development community to come together despite physical and location barriers to build things collaboratively with a cloud-based development platform that has no barrier to entry.

This startup earns a mention because it could enable the future of games development, providing a way for devs to work together no matter their end publishing goal, once the startup starts supporting other languages. It also already includes a number of different monetization tools, so that indies can be making revenue from day one for their work.

Gaming might be just about ready for its Google Docs moment (it’s already happening for hardware design and 3D drafting), and PlayCanvas seems to have the team, expertise and user acquisition model to make it happen. 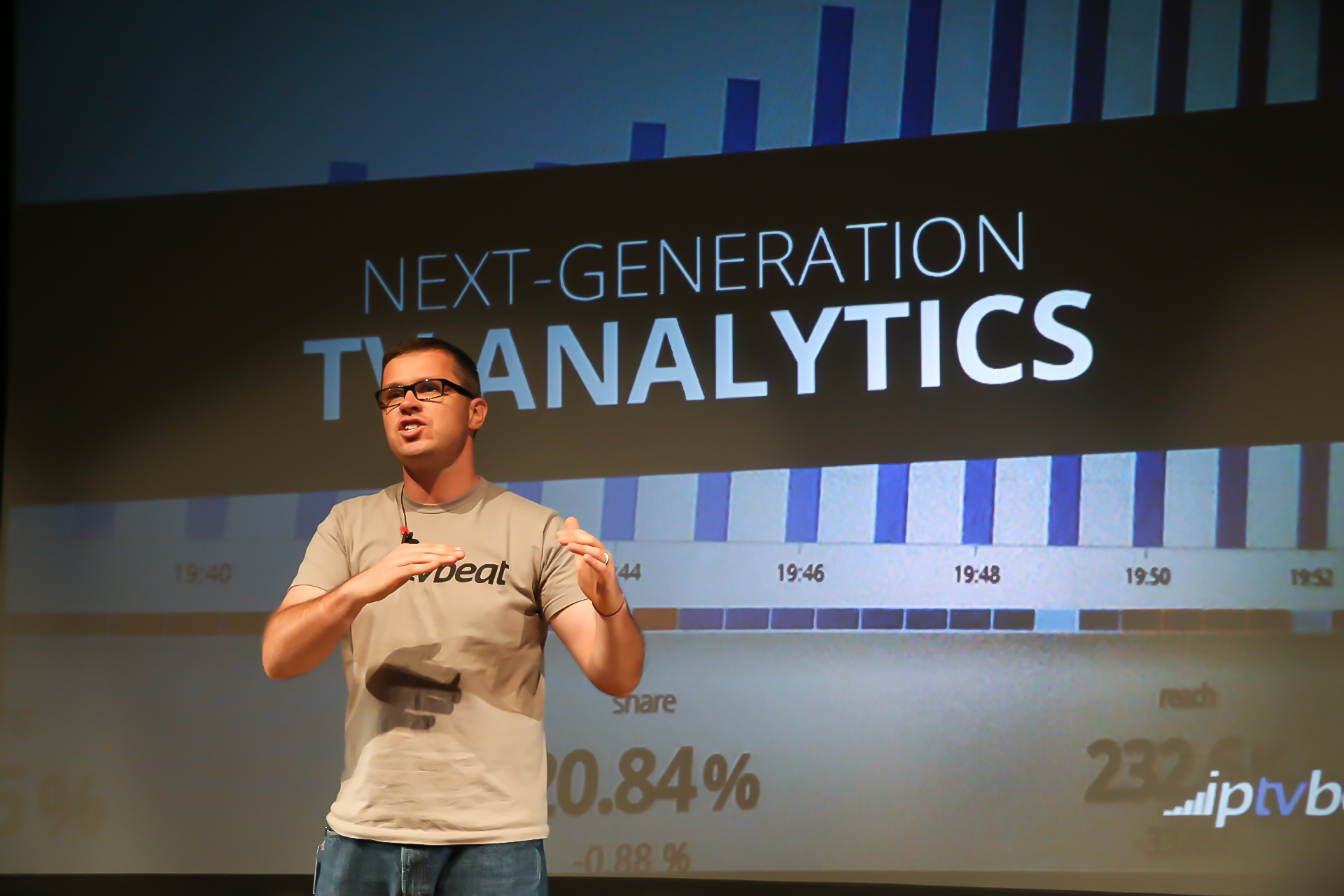 On the web and increasingly on mobile, it’s relatively easy to see real-time analytics for products via any number of providers, but the same has not been true for TV broadcasters and advertisers. That’s what iptvbeat wants to address with its platform, which it calls “Google Analytics for digital TV.

With iptvbeat, any provider of satellite, cable, IPTV or any over-the-top solution can track viewers in real-time and see all activity related to what shows are being watched, how many people are viewing and what the rate of churn is in real-time. The existing dominant TV analytics provider is still Nielsen, which requires that specially designated “Nielsen families” install hardware in their homes and use a special Nielsen remote to actually track their viewing, which results in an incredibly small sample population speaking for all viewers. iptvbeat estimates that in the UK, there are around 60 million TV viewers currently, with only around 5,000 Nielsen households total, of which only less than half are even using Nielsen setups to watch.

That results in “out of date” and “inaccurate” info for broadcasters, which is received a full 24 hours after a program is actually aired, in a CSV format that’s not easy to parse immediately. By contrast, iptvbeat shows them 100 percent of their viewership, in real-time, via web-based reporting tools that show the info digitally in easy-to-read graphs and charts which can be adjusted based on a client’s needs.

iptvbeat CEO Robert Farazin explained in an interview that the company relocated from the U.S. back to Europe to pursue deals with smaller regional carriers in markets where there aren’t just a few massive, dominant players in order to build traction. The plan is to continue with that strategy until they reach critical mass, and then re-enter the U.S. market and approach the big fish like Comcast and AT&T.