Today at Disrupt SF, venture capital pioneers Tom Perkins and Don Valentine shared their opinions about what makes a good bet when it comes to choosing companies to fund. As a reminder, Perkins co-founded in 1972 America’s premiere venture capital business, Kleiner Perkins Caufield & Byers, while Don Valentine founded Sequoia Capital in 1972, which then invested in Apple, Atari, Cisco and others.

Valentine and Perkins were also interviewed at length in Something Ventured, a documentary that presents the stories of America’s original venture capitalists and the companies they helped form. Prior to becoming VCs, Perkins was HP’s first general manager and Valentine was senior sales and marketing executive for Fairchild Semiconductor. But today’s panel was mostly about their VC experiences.

“I’m against all business schools”

Valentine expressed similar sentiment, but explained that most of what he focuses on is looking for real visionaries, rather than those who simply push the needle forward in more gradually progressive ways.

“The key to making great investments is to assume that the past is wrong, and to do something that’s not part of the past, to do something entirely differently,” he said, explaining that he tends to bet only on risk-takers. “I asked what was the most outrageous thing you’ve ever done, knowing in my heart of hearts that i’d pick the one who’d done something most outrageous.”

“I’m very discriminate,” Valentine added, when Perkins pointed out that he refuses to invest in Harvard Business School graduates. “I’m against all business schools.” 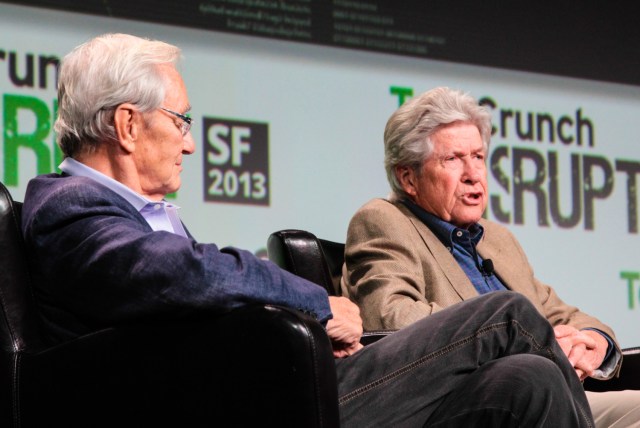 Valentine shared some info about what the right mix for a successful company is, based on his experience, and on what isn’t important or what can actually be harmful.

“Great companies are built with different products by different people […] the last person [needed] is the HR person,” he said. “They’re the destroyer of companies. They’re the ones who write the binders and tell you what everyone gets paid in grade seven.”

Valentine said that HR is the reason HP missed out on Steve Wozniak , since he didn’t fit the identity of what made an HP employee in the company’s eyes at the time. Because of that, Wozniak founded Apple Computer with Steve Jobs.

Perkins essentially admitted that ignoring Wozniak was a huge error in judgment. “We didn’t even look at Steve Wozniak,” he said. “Big mistake.” 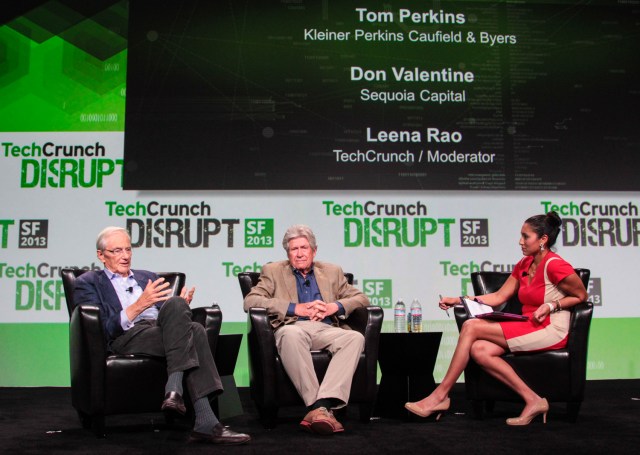