Everyone has cognitive highs and lows. Some of us are night owls, while others are early birds. Tidepool is a mobile app that learns when you’re at your cognitive peak and makes recommendations for how to structure your daily workflow.

Snoozer is a simple reaction game where users tap enlarged clocks as quickly as they can. As users play the game at different times throughout the day, Tidepool learns when you’re at your cognitive peak (or low).

“We are collecting information on processing speed over time along with these other variables,” says Nalamothu. “When we collect the information needed, including a game of emotions to be released by the end of September, we will provide users with novel information on how they can improve their productivity.” 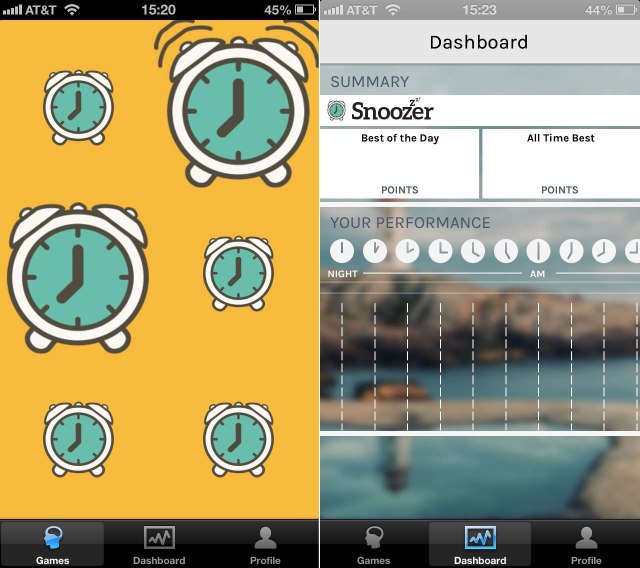 In the future, Tidepool wants to incorporate all types of data, such as sleep and exercise data, which may be pulled in from health trackers. Personally, I know that if I do a quick Crossfit workout of seven minutes of burpees in the morning, I get a surge of mental energy. Tidepool, if successful, would recognize this and other more subtle changes to my mental state, and make suggestions accordingly.

Tidepool also attempts to help users understand their personalities. Before users can play any of the games, they have to go through a series of psychological diagnostics. The diagnostics ask users to rate themselves on outgoingness, anxiety, friendliness and several other intuitive descriptions. 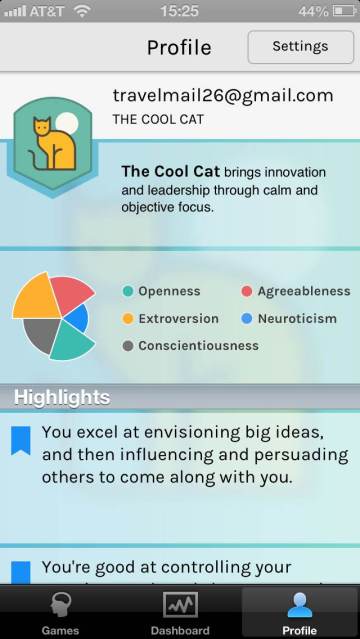 I’m a “cool cat,” which means I “excel at envisioning big ideas and then influencing and persuading others to come along with you.” Thanks, for the warm fuzzy, Tidepool!

Brain training/personality assessment is a growing industry. Brain trainer, Lumosity, for instance raised a cool $31.5 million in 2012. Tidepool, itself, has raised $1.5 million. Research on brain games is mixed, at best, but the field is relatively new and there is much to be learned, especially from a large body of users.

You can download a beta of the Tidepool app here.