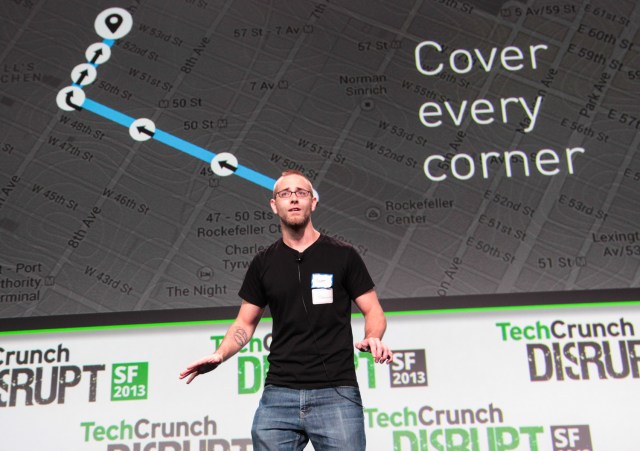 When walking through a sketchy neighborhood that you don’t know well, it doesn’t always feel like a good idea to have your phone out. Disrupt Hackathon entrant Kovert is an app that allows you to keep your phone tucked away out of sight while giving you walking directions through buzz signals.

As makers Scott Jones and Andrew Askedall pointed out onstage, following a GPS app with your phone in hand says a few things: I have no idea where I am, and I have money and expensive electronics. 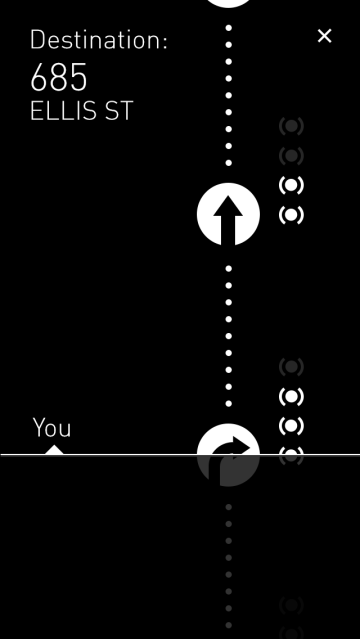 “We were at the bar down the street trying to think of ideas,” Jones said. “This is literally because the hostel we’re staying at for Disrupt is in the Tenderloin district.”

Kovert is super simple. Plug in your end address, and your phone will guide you by buzzing when you reach intersections: once for a left, twice to go straight, three times to turn right, and ten times when you’ve reached your destination. All you have to do is remember which buzzes mean what (but let’s be real, it’s way easier than Morse code.) If you miss the mark, Kovert will loop you back around.

Jones and Askedall, who are currently raising a seed round for another app called Kronicle, said they would like to build out Kovert to include a compass calculation feature in which it vibrates when you are pointing in the right direction.

Not only of use to hipsters trying to find their way to a warehouse party, the app also has the potential to be used as a tool for visually impaired people. Either way, this would definitely be a useful app to have on hand. But not in hand.