Secret-sharing app Whisper has closed a new round of funding, bringing in $21 million at a $75 million to $100 million post money valuation. The round, as originally reported by Om Malik, was led by Sequoia Capital, with existing investor Lightspeed Ventures participating.

With the financing, Sequoia Partner Roelof Botha is also joining Whisper’s board. Malik had originally reported a few weeks ago that the startup was raising from Sequoia, at a $100 million valuation, but our sources tell us the valuation could be slightly lower, in the $75 million to $100 million range.

Update: A source tells us that Whisper sold $15 million in a primary sale with a $60 million pre- and $75 million post-money valuation, while founders and early investors sold off an additional $6 million in a secondary offering. According to this information, the combined stock sales brought the total to $21 million.

Leveraging The Ephemeralnet, Whisper, which launched last November, provides an easy way for users to add text to images and share them anonymously. It’s reminiscent of the long-running website PostSecret, where users send anonymous secrets on postcards. But the app is decidedly mobile and provides features that allow users to respond to one another both publicly and privately. If Instagram is the highlight reel, then Whisper represents the behind-the-scenes of the human experience, eliciting confessional text like “I’m afraid my best friend is becoming my worst enemy”; “I wish I knew why I want what I want”; and images like the ones embedded in this post.

Like many social networks, the Whisper app has been exceedingly popular with young users — those in the 18-24-year-old bracket. But while most applications in the last generation of social apps had been based on user identity, Whisper differentiates itself by making communications anonymous — a rejection of pervasive identity on par with Snapchat’s disappearing messages.

Users either upload their own photos to Whisper or search via the app for those that exist on the Internet, and afterward can overlay text on top of them. The app surfaces the most popular secrets that users shared based on responses and “hearts” received, and also allows users to see which secrets have been shared from other users nearby.

Whisper users can respond by creating and uploading their own secrets publicly, but the app also has a private messaging feature that users pay $5.99 a month for. Apparently, it’s that combination of virality and monetization that has investors interested in the app. According to AllThingsD, Whisper is seeing 2.5 billion page views a month (which is more than all of CNN apparently). And more than 40 percent of users create content on the app, with the average daily user visiting Whisper for 30 minutes.

With Botha on board, Whisper will get help from a VC who is well-known for identifying great opportunities in social networking and mobile. Botha, who is the former CFO of PayPal, has gone on to invest in a series of startups with huge, high-profile exits, including YouTube, Tumblr and Instagram. He also sits on the boards of EventBrite, Square, TokBox, and Jawbone. The Whisper investment is notable because it will be Botha’s first investment since the Instagram and Tumblr acquisitions, and we all know how those went (sidenote: Botha will be onstage at Disrupt SF next week).

In the same way that Instagram was able to connect people through photos, Whisper has the opportunity to connect people through anonymity and shared experiences they wouldn’t normally share with the people they know in real life. And if Instagram has taught us anything, it’s that the power of a network built around tangible experiences can take on viral effects and one day be worth as much as $1 billion.

We’ve reached out to Whisper who wouldn’t comment on the rumors. 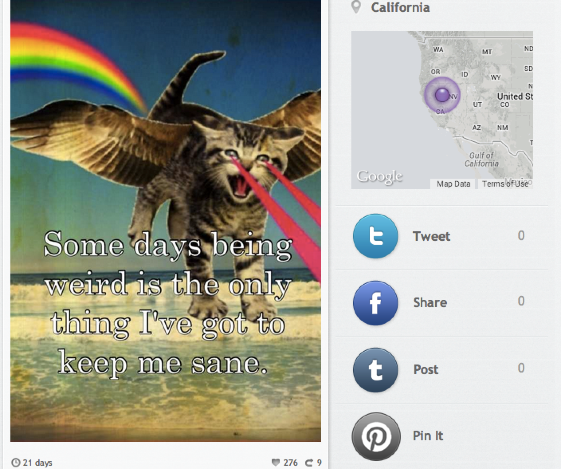