SendHub, a business-focused call and messaging solution with a long-term goal of replacing PBX systems with mobile apps and online dashboards, has raised $3 million in Series A funding, the company is announcing today. The round was led by Bullpen Capital, and included participation from Menlo Ventures, Kapor Capital, 500 startups, China Rock Capital, plus angels Alexis Ohanian, Garry Tan, Harj Taggar and Kenny Van Zant.

The company had previously raised $2 million in seed funding from Menlo, Kapor, 500 Startups, and others, as well as an undisclosed investment from former Florida Governor, Jeb Bush. 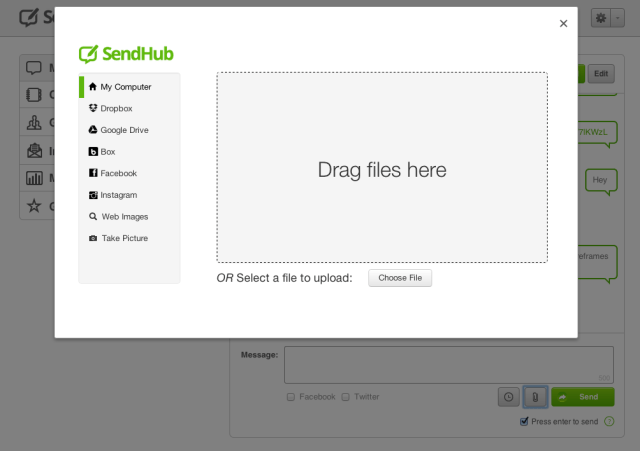 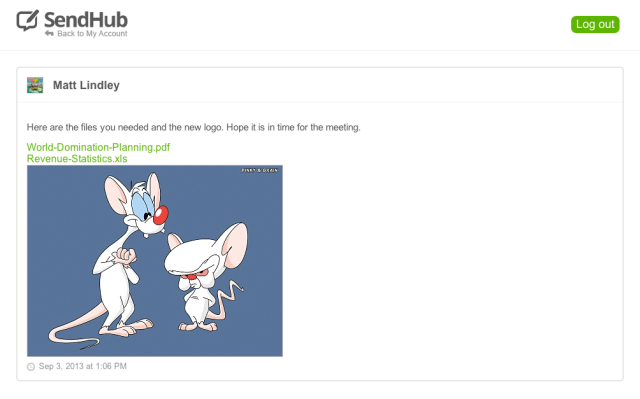 The startup, launched out of Y Combinator’s Winter 2012 class, actually began its life as messaging platform for teachers, when co-founder Garrett Johnson wanted to build a communication system for his nephew’s school in Tampa, Florida. The idea was that teachers need a secure and simple way to communicate with parents and students, without the limitations imposed by other free and low-cost telephony options, like Google Voice or Skype, which had restricted the number of contacts who could be messaged via group texts.

But while the service today still has a healthy footprint in the education sector thanks to its still-free solution for teachers, the company’s real potential for generating growth and revenue came from the business world. Today, the service supports 150,000 users, and sees an average of $50,000+ in revenue per month. Says SendHub’s co-founder Ash Rust, “even if our revenue growth slows – and over the past couple of months it’s been well over 25 percent month-over-month – we expect to be profitable this time next year.”

The company says there are approximately 15,000 small-to-medium businesses using its platform today, and these tend to have around 6 phone lines on SendHub. The biggest selling point for many of these customers is not just the feature set SendHub offers, but the quick sign-up process. SendHub claims that getting started on its system is a process that take less than a minute – and this is made easier through the SendHub mobile apps for iOS and Android. 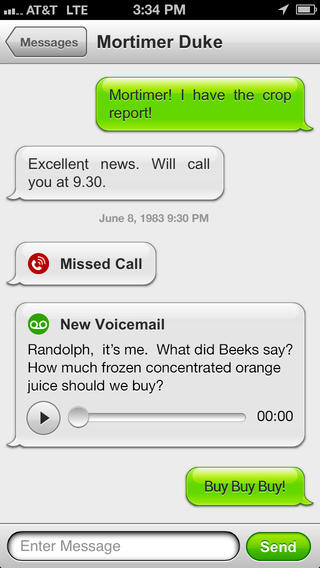 The iPhone app was first introduced last May, and now accounts for around two-thirds of SendHub’s mobile users. SendHub for Android, meanwhile, arrived nearly a year later. But the apps’ debut have changed the company’s direction. “In the last 6 months, we’ve become a mobile company. 60 percent of our users are on mobile on a daily basis,” says Rust. “That’s a significant shift…we’ve seen a 50 percent growth rate since that mobile change.” The company is now preparing to launch an Android tablet version to test the demand for a larger-screened version of its mobile interface.

Because of its mobile support, SendHub has found traction with distributed workforces like realtors, repair companies, transport companies, or anywhere else where desk phone systems don’t really make sense. It also has seen pick-up from mom-and-pops looking for low-cost alternatives to business phone systems.

But now, the challenge for SendHub is building out a feature set for larger businesses who need to track dozens or even hundreds of phone lines from their online dashboards, as well as deal with regulatory and compliance concerns. Today, this is still somewhat difficult on SendHub’s current system, as its online dashboard hasn’t been designed for bigger companies with multiple locations. With the additional funding, Rust says SendHub aims to offer support to bigger businesses by Q1 2014 with a set of new tools and features.

A few customers, however, have decided not to wait. Four companies using the platform already have over 100 lines on SendHub. The company touts customers like Arizona State University (40 lines), March of Dimes, HireArt, InstantCab, Academica and others.

The funding will also be used to expand SendHub’s inside sales and engineering teams, as the company plans to take the service to Canada and across the Americas over the next 12 months. And more importantly, it gives SendHub the runway to do so without feeling pressured to sell. In fact, that was one of the co-founders’ reasons for choosing Bullpen’s Duncan Davidson to lead the round and join its board. In addition to his experience with telecoms, says Rust, “they’re weren’t interested in us getting acquired, which is something that’s been talked about quite a bit by people around us over the last couple of months…we’re very keen to take this all the way.” 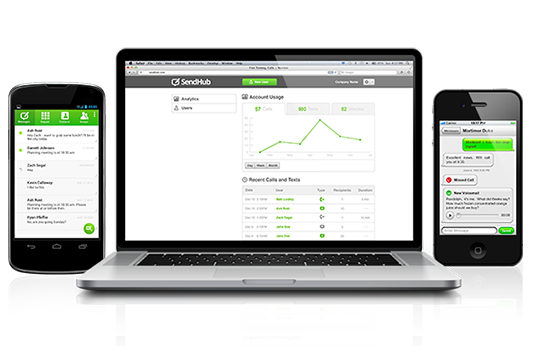 SendHub is an interesting company to watch, especially as business-focused messaging service growing right in the middle of a wave of consumer-focused apps like LINE, WhatsApp, Snapchat, Viber, Path, Kik, Voxer and others racing to compete on throwaway features like sticker packs and emoji. Instead, SendHub has taken on the real-world problem of making voice and messaging easier and more affordable in a tough economic climate, while trying to figure out how to make messaging work well across both web and mobile.

That’s not to say that the road ahead for the startup will be easy – not only does it compete against big-name (if stagnant) consumer brands like Google Voice and Microsoft-owned Skype – a move into the enterprise with a plan to eventually take on local and hosted PBX providers,  is a lofty goal at best. But these days, when new tech companies seem to be working to solve problems like revolutionizing the “selfie,” or making it easier to find cute new dresses online, it’s refreshing to watch a company like SendHub go a different route.