Yahoo’s efforts at improving Flickr with new pricing plans, acquisitions, and revamped web and mobile experiences appear to be paying off, at least in the form of website traffic and engagement. According to a new report from SimilarWeb, visits to Flickr have been increasing steadily, and are now up by 38 percent since April.

Note, though, that the big Flickr redesign was at the end of May. That’s when the site dropped its Pro pricing tier, introducing instead an ad-free tier and power user option ($500/year for another terabyte of space). The site also got a visual makeover, and updated mobile apps as part of Yahoo’s bigger product push under CEO Marissa Mayer’s lead.

From April to May, monthly site visits to Flickr went from 86 million to 90 million – indicating that Flickr was still seeing some growth, despite what was then a bit of stagnation in terms of look-and-feel and feature set. But post-relaunch, site visits increased to 107 million in June, and then 110 million in July. 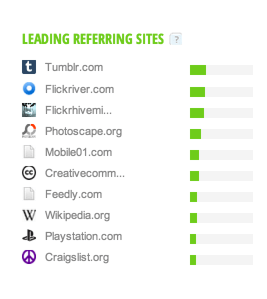 What’s also interesting is that Yahoo’s acquisition of Tumblr plays a special role here, as it’s the biggest referring website for Flickr outside of search engines and social networks. 7.2 percent of Flickr’s referral traffic over the past three months came from Tumblr (4.75 million visits) – another reason why Yahoo may have wanted to add the site to its portfolio. That referral traffic has remained relatively consistent pre- and post-Tumblr purchase, SimilarWeb tells us. However, many photographers have long since found this to be the case. For instance, at the time of the Flickr overhaul, professional photographer and blogger Thomas Hawk noted that: “already, I get the most viral views on my Flickr photos from Tumblr, more than any other site.”

The crossover between the two social services, Flickr and Tumblr, could leave the door open to some interesting potential integrations in the future. Post-acquisition, Flickr users began brainstorming ideas, thinking up tools that would allow easier image posting to Tumblr from Flickr, backup to Flickr of photos posted to Tumblr, and more.

Of course SimilarWeb, like many third-party, web-traffic analysis products, relies on a panel of users to determine site rankings. In SimilarWeb’s case, it has a large network of unbranded, consumer-facing plug-ins doing this work, while others use toolbars and other means. Numbers then should not be determined to be exact, but rather, when viewed at a distance, are able to tell the story of a site’s changes over time. In that case, it’s worth pointing out that several of these traffic-measurement tools point to bumps in site traffic following the Flickr revamp.

For example, in Flickr’s largest market, the U.S., you can see post-relaunch growth via Quantcast (estimated) and Compete. However, Quantcast data hints that there’s still the potential for the site’s growth to drop again after the initial post-relaunch glow (see third chart from Google Trends) wears off. 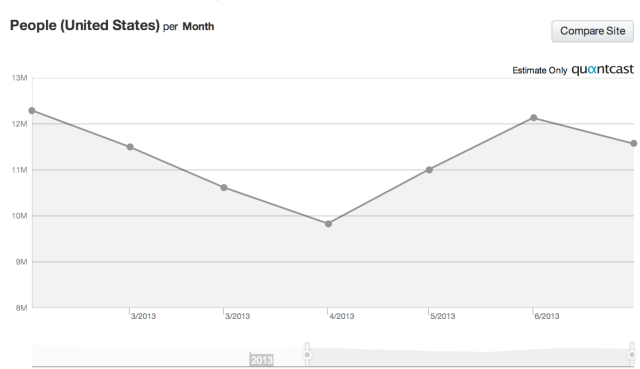