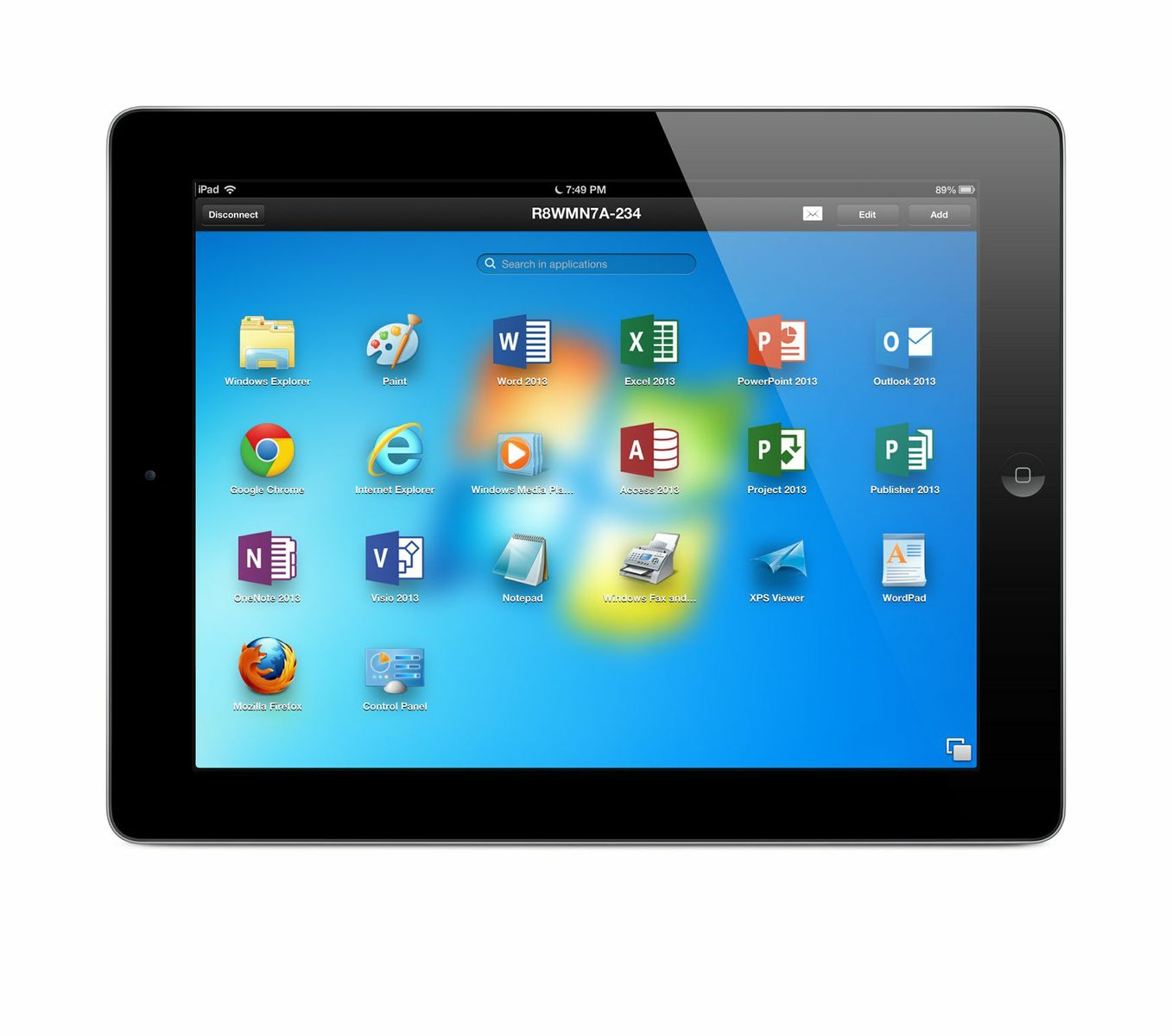 Timed to coincide with VMware’s conference this week in San Francisco, one of its bigger rivals, Parallels, today is unveiling a new app that takes its own virtualization software to a new screen: the iPad.

More than a year in the making, Parallels Access for iPad is not the first tablet-friendly product released by the company — an existing-but-now-discontinued product, Parallels Mobile, works on both the iPad and iPhone. However, it is the first one dedicated specifically to making software and documents from Windows and Mac machines work in a “native” way on the iPad. It does so by transforming everything into an “app” experience, complete with iOS gestures to control them.

The move taps into the bigger trend we have been seeing among enterprises adopting tablets, as more portable laptop replacements, and also the consumerization of IT, where workers use their own tablets to supplement their work PCs to get things done when on the move.

“We are now in an always-on age where people are increasingly demanding access to their applications and data regardless of physical location,” said Birger Steen, CEO of Parallels, in a statement. “With Parallels Access, you can tap, swipe and pinch your way around Mac and Windows applications to ultimately be more productive at work, and lead a more connected life.”

The new app, which is priced at $79.99 for a one-year subscription covering one device (each subsequent device that gets virtualized costs another $79.99), comes with a number of features:

App Launcher. This effectively makes the files and applications on the virtual machine appear like a set of apps on the iPad home screen. These then can be tapped like apps to launch. 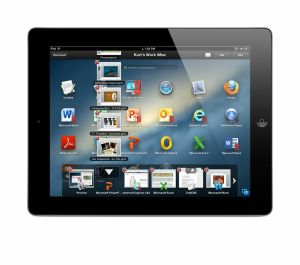 App Switcher. This is a nice feature that effectively creates a dock that hides when you’re not using it, where apps that you have open can sit for easy swapping.

Gestures. As with other Parallels virtualization software, you can use the selection tools that are part of the desktop apps that you are using, but Parallels has also developed features that effectively apply the gestures that you’re used to on the iPad to the virtualized files. For example, you can select words with a finger and then drag them, and use the same actions to copy and paste as you would in an iOS app. Similarly, you can double tap to zoom, and scroll around documents as you would on an iPad-native page. All pages can be expanded into full-screen mode, too. 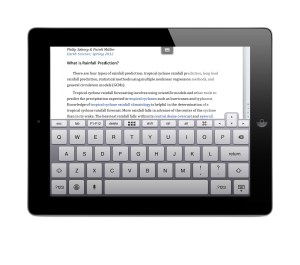 Keyboard. The keyboard effectively is an iOS keyboard, but Parallels has also incorporated shortcuts that port over the entire keyboard of the virtualized device as well, with shortcuts to F keys and the rest.

For those who find the idea of using iPad gestures and tools too jarring when editing a PowerPoint or Excel document, they can revert to using the same actions they would use on the virtualized machine — much as they would have with Parallels Mobile.

One of the engineers that headed up the development of Access tells me that the app was over a year in the making, as Parallels worked out the precise way of rendering whatever was on a virtual machine as a “native” iPad experience.

With more enterprises adopting tablets instead of laptops for roaming workers, and consumers making the leap to buying tablets as second computers, Parallels Access makes these tablets supremely more useful, and highlights just how versatile they can be. Of course, they also highlight how Apple had yet to bridge this virtualization gap.

A Parallels spokesperson tells me that the app is launching with full Mac support, and with the Windows virtualization support in beta. The company is also planning to support other platforms (Android? Windows 8?) at some point in the future.