Google’s primary search domain for Palestine has seemingly been hacked, with the standard Google search interface for the region being replaced by a political message from its hackers.

From the information available so far, it doesn’t appear that Google’s own servers were hacked — instead, it seems that Google’s Palestinian domain was hijacked and redirected to another server altogether. How that was done, exactly, is unclear. One current theory is that Google’s top-level domain provider for the region was compromised, allowing hackers to point the domain somewhere else.

“uncle google we say hi from palestine” taunts the defaced page, “to remember you that the country in google map not called israel. its called Palestine”

Google’s Palestine domain launched back in 2009, and drew in its fair share of controversy when the header of the page was changed from “Palestinian Territories” to “Palestine” earlier this year.

(Note that we’re intentionally omitting any links to the hacked site in case the defaced site contains any malware. The page attempts to run at least one bit of embedded media. Visiting the defaced site is not recommended.)

Here’s a screenshot of the defaced page as it appeared this morning: 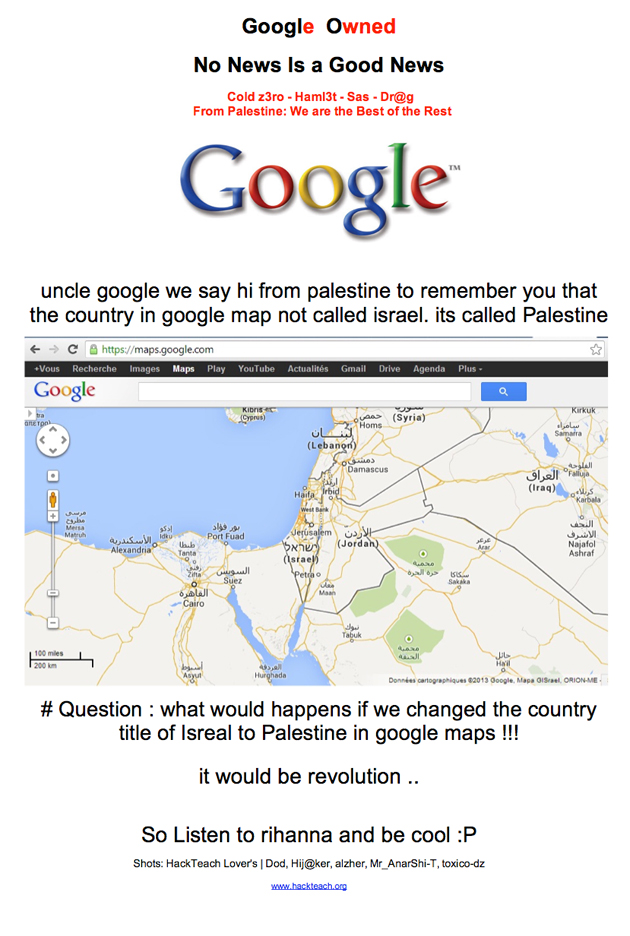