The dictionary box recently began showing sentences that contain the words, as well as their synonyms, for example. In addition, it’ll show a word’s etymology (sometimes as a flow chart and sometimes as regular text), as well as how often a word was used over time. Google gets the usage data from its Ngram Viewer for Google Books. 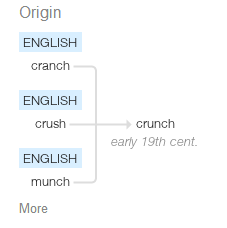 The dictionary box now also features a built-in translation section that supports over 60 languages. Sadly, the translations don’t feature any sample sentences yet.

While most people will still likely type their queries into the search bar, you can also use voice queries like “What’s the definition of fortuitous?” and “What are synonyms for fortuitous?” to have Google speak its answers back to you.

Just like before, you can still tap the microphone button to hear how to pronounce a word.

These new definitions are now available on desktop and mobile. As is so often the case, all of these new features will first launch in the U.S. and in English. It’s not clear when Google plans to bring it to other countries and languages. 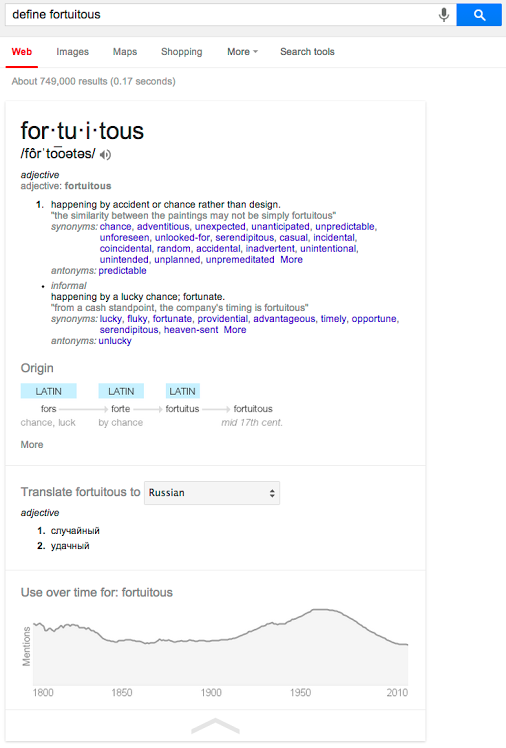