Trying to raise $32 million via crowdfunding always looked overly ambitious. And indeed it has proved to be so. Canonical’s Ubuntu Edge Indiegogo campaign to build a smartphone designed for converged computing has fallen considerably short of its target, ending with the fixed funding project receiving nothing at all — which, when you’ve got pledges worth around $12 million, has got to hurt. The campaign ran from July 22 to August 21.

The Edge, which promised to be both a high end Android and/or Ubuntu-powered smartphone and also an Ubuntu-powered desktop replacement, never looked like it would climb its own crowdfunding Everest, as Canonical was forced to keep coming up with new tricks to try to eke out more backers. The price of the device was lowered, dropping from $830 to $695, plus additional price tiers were added. It even offered backers the ability to vote on the next model’s specs if the project hit its target. Which sounds like a nice carrot — but not a $32 million carrot.

The largest sum raised via crowdfunding to date remains the $10.2 million garned by the Pebble smartwatch (via Kickstarter) — a project which had a far more modest $100,000 goal. If Canonical had plumped for a more modest funding target it too could be taking home multiple millions of dollars right now. Albeit, the cost of building a high end smartphone is of course hugely higher than building a smartphone accessory like Pebble — as Canonical noted:

We’ve set such a high crowdfunding target for a good reason. Between design, certification and manufacture, the costs of building a new phone are huge — but the more we produce, the lower the final cost of each handset. Setting such an ambitious target means a more competitive price per device.

It’s all about scale. To offer the final product at a competitive price we need to produce enough volume to bring the unit costs down. At the same time, we want to be selecting parts that are not yet proven for multi-million-unit production. This is the balance we found. A lower funding target might seem more likely to succeed, but the individual perk amounts would have to be significantly higher. We believe this funding target and these perk levels give us the best chance of success.

In the event Canonical raised just over a third of their overly ambitious funding target, and generated plenty of publicity trying. Which may ultimately have been mostly what the campaign was about. We’ve reached out to the company to ask what their plans are post-Indiegogo unfunding and will update this story with any response. Their project page also notes: “If we don’t reach our target then we will focus only on commercially available handsets and there will not be an Ubuntu Edge. All contributions will be fully refunded.”

Update: In an interview with The Guardian, Canonical founder Mark Shuttleworth appears to confirm this is the end of the road for the top-end Edge ‘superphone’ concept but he told the newspaper that carriers and handset makers are interesting in building lower end handsets running Ubuntu Mobile.

The Edge received around 27,500 publicly listed backers, including Bloomberg which pledged $80,000 for 100 Edge devices — the sole backer at the top tier enterprise pledge level. 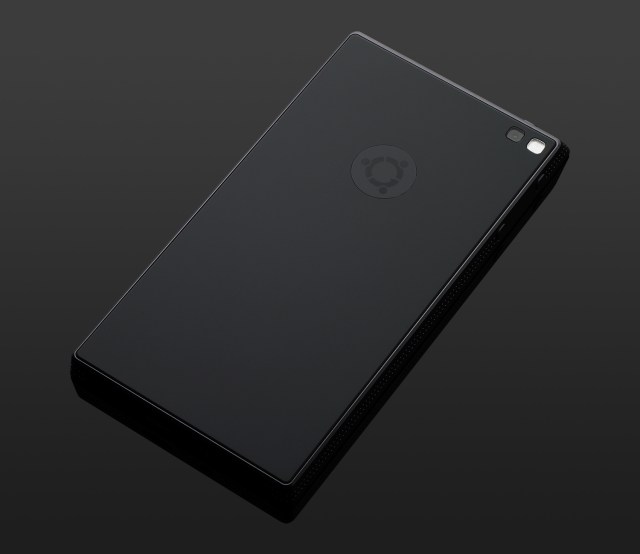 The project raises some interesting questions about the limits of crowdfunding for funding complex hardware projects. Many more modest hardware projects do very well on crowdfunding platforms but there is clearly a funding sweet spot considerably far south of the multi-millions Canonical was hoping to raise (suggesting Elon Musk probably shouldn’t bother trying to crowdfund a $6 billion Hyperloop). At the Edge funding level, investor/VC backing appears to be the only game in town.