Okkervil River’s Will Sheff grew up playing games like Maniac Mansion and King’s Quest, and as part of the release of his band’s new album “The Silver Gymnasium,” he’s teamed up with Eyes And Ears’ Benjamin Miles to build his own point-and-click adventure. The game features basic but beautiful 8-bit graphics, a chiptunes soundtrack composed by Miles based on music from the album, and can be played in any desktop browser.

It’s an episodic adventure, with the first episode out today and new ones planned for every two weeks hence. After playing through the first episode, I got on the phone with Sheff to discuss how he came up with the idea of creating a game tied to the album, and what the process was like (full audio interview embedded below).

“I always wanted to do a video game, I’m a big fan of games and grew up playing them,” he explained. “I still enjoy playing the, and I really enjoy the ability they have to sort of play with people’s imaginations and ignite people’s imaginations and to kind of put people in a dreamlike mindspace. I never knew how to actually be able to do one […] but with this particular record since it’s very much focused on nostalgia from my childhood in the 80s and has a sort of storybook quality to it, it felt like the perfect time to try to do a game.”

Sheff said he then reached out to Eyes And Ears and connected with Miles, who had himself been thinking about making something similar to the 80s-inspired adventure title Sheff was envisioning. Miles had been considering taking a break from his day job to build that himself, but the timing was perfect and the two made a creative “love connection,” Sheff says, and have been going back and forth with the creative process around the story, graphic designs and game mechanics ever since. 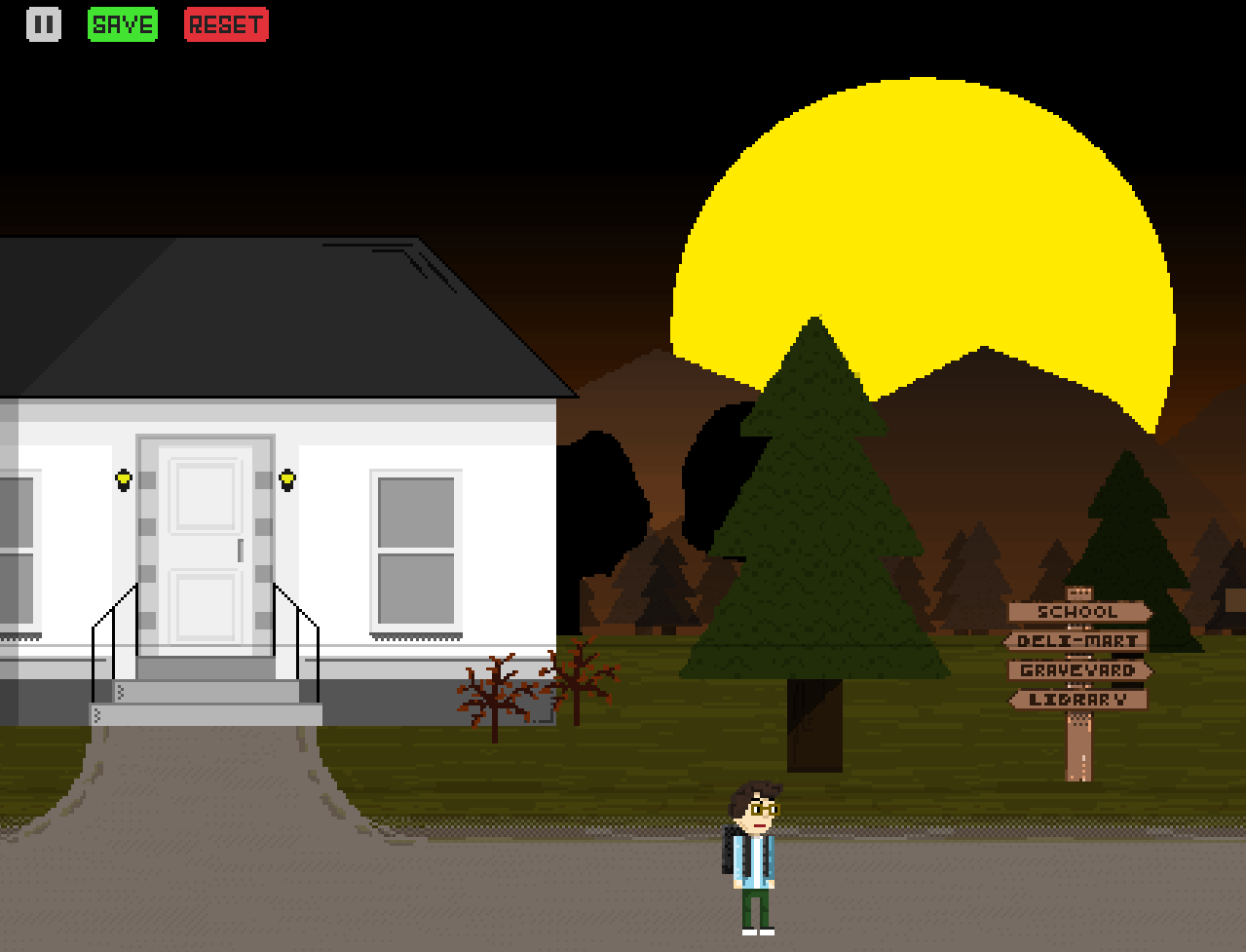 The use of retro graphics and sound is a creative catalyst, Sheff says, in addition to being thematically relevant to the album’s 80s childhood inspiration. While the plot of the game isn’t tied directly to the album’s progression or anything quite so conceptual, the use of 8-bit graphics and chiptunes itself helps engender a strong creative bond between the game and the record.

“Miles would shoot me drawings and characters and the locations and we would kind of spend a long time talking about exactly what level of detail was going to be in there,” Shef said. “Because it was kind of that, ‘there shouldn’t be too little, and there shouldn’t be too much,’ and [we wanted to] find that aesthetic sweet spot.”

The choice of what is and isn’t included in the graphic depiction of characters, objects and settings is meant to help evoke a sense of somewhat eerie familiarity with an environment that’s nonetheless novel to a player. Likewise, simple, upbeat “adventure” type chiptunes compliment more somber, complex ones recorded with different tools to weave nostalgia for old-school games with a more otherworldly feeling. Hyper-realistic recorded sound effects also add an element of intentional discomfort.

For a game that’s really relatively quick, a single episode of a longer work, and essentially a promotion for an upcoming album, The Silver Gymnasium has a surprising level of depth, and definitely hits a nostalgic note for kids of the 80s. Sheff also has plenty more in terms of interesting thoughts about video games and how they affect our moods and emotions, so be sure to listen to the interview below in full to glean more.