Y Combinator‘s Summer demo day is upon us, and we’re here live to bring the best and brightest new startups into your world. Forty-nine new companies will pitch their wares for the very first time today, but for now we’re focusing on the first batch, which includes everything from laundry services, legal help and immigration management to mobile A/B testing, real estate crowdfunding and food truck-based companies.

So sit back, relax, and grab some popcorn as we take you through the wonderful world of YC startups. [Update: For our highlights from across all 45 pitches, check out TechCrunch’s top 8 startups from Demo Day]

GoComm bills itself as “Yammer for the mobile workforce” with a tool for managing large events. It works like a transparent Twitter-like feed to coordinate with teams that lives on your mobile phone. Co-founder Travis Dredd was inspired to build the company after his experience serving as chief of staff for the Democratic National Convention. During the DNC he didn’t have the tools to coordinate with all the members of his team and the press when the convention needed to be moved from a football stadium into the nearby arena.

With the product built and working with clients, the company has already become profitable — having signed one large, $150,000 a year contract — and sees the opportunity to go after the $450 million events space. It also can be applied to industries like construction, security and hotels, according to Dredd.

With the stated goal of being the “Mint.com for legal spend,” SimpleLegal is a software platform that reads and analyzes the paper data that companies receive from their law firms. According to SimpleLegal’s founders, who have spent a combined 10 years in the legal industry, law firms on average over-bill their clients by 10 percent. By automatically flagging inappropriate charges, SimpleLegal says it can cut down on those costs in a big way. The startup has seen 50 percent week-over-week growth in the five weeks since it launched its platform.

Check out our earlier coverage of RealCrowd here.

Every company is building a mobile app, but it’s tough to know what to change to optimize sales and other key performance indicators. Apptimize has developed an SDK that developers can install with their apps to run real-time A/B tests on changes to on-boarding flows, button placement, images, colors, fonts, and whole features without the need for engineers.

Developers can then watch the results of their tests and roll out the changes that benefit their business. Apptimize was started by algorithmic trading expert Nancy Hua, and ex-Googler and mobile security engineer Jeremy Orlow. The company says 1,000 developers have now installed their SDK, pushing them to 1 million user devices. They’re competing in a crowded market of A/B testing suites, but many are run by big post-IPO companies focused on the web, or small startups who haven’t gotten serious traction. If they can win the space, they could score a cut of massive ecommerce marketing budgets and make apps better for everyone.

Check out our earlier coverage of Apptimize here.

Watchsend is an analytics tool that captures video of mobile app interactions, allowing developers to determine where users are running into problems in their apps. That provides more data than developers would get from more traditional analytics tools like Mixpanel or Flurry.

The founders built the tool after they ran into their own problems determining what was wrong in their own mobile app. The company could now tell where users were dropping off and what problems they were having. Just two weeks after launch, Watchsend has 50 companies using its analytics and is looking to get more signed up.

Check out our earlier coverage of WatchSend here.

If you want a case for your smartphone, walking into any mall or Best Buy shows you what you already know — there are thousands of options out there for you. GraftConcepts aims to be the go-to case to let you have all those options available at the same time, with a two-piece iPhone case design that allows you to interchange the back plate for your case easily. It’s already seen a ton of success — GraftConcepts has sold $2.25 million in product to date, and is on track to sell a total of $7.5 million worth of its flagship product alone. Those numbers are impressive, but the addressable market is even more so: Today, some $29. 6 billion in smartphone cases are sold every year.

Check out our earlier coverage of Graft Concepts right here. 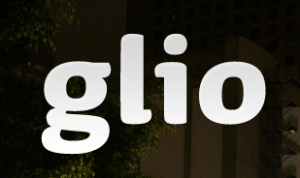 Glio is a local listings site like Yelp for the Brazilian market. They’ve grown 40 percent month-over-month and more than 100,000 users have used Glio over the last month. The co-founders include a former Brazilian poker champion and the team applied to Y Combinator three times before getting in. Eventually, they’re looking to expand to other South American markets.

Check out our earlier coverage of Glio here.

Yelp is around to help you figure out what restaurants to go to or businesses to patronize. When you’re making a buying decision on, well, anything else, Toutpost wants to be your go-to service. The way that Toutpost says it will incentivize people to contribute user-generated reviews is by tapping into the argumentative know-it-all in all of us — by pitting two products against each other (say, a Sony Playstation versus an Xbox) and encouraging people to debate their pros and cons with each other. It’s been successful so far: In the six weeks since Toutpost launched, the site has attracted 6,000 users.

Check out our earlier coverage of Toutpost here.

SpoonRocket has figured out a way to deliver healthy organic meals for just $6, and in fewer than 10 minutes. The company, which is just operating in Berkeley right now, claims to do more orders in one day than GrubHub does in a full month. That’s 850 meals per day, or a run rate of $2 million.

How does SpoonRocket do it? The team controls the entire process: It writes the code, makes the food and does the deliveries. It hopes to go nationwide, expanding the market opportunity to 300 times its existing market, or $600 million annually.

Check out our earlier coverage of SpoonRocket right here.

People spent $15 billion on laundry last year, and most still dislike the experience. Prim wants to make laundry lovable. You throw your laundry in trashbags, book a pick-up time on its website, a driver comes and picks up the bags, they’re washed and folded at a high-quality local laundromat, nicely bagged in nylon satchels, and delivered back to you at a time you choose within 48 hours. It’s $25 a bag, with $15 for additional bags.

I’ve used Prim and it was a huge help. By negotiating bulk orders with laundromats, Prim can charge about as much as you’d pay to drag your laundry to a laundromat’s wash and fold service, and you get delivery included. Prim is seeing 65 percent of customers return for more service, though its 10 percent a week growth is low by Y Combinator standards. It faces local competitors in San Francisco like LaundryLocker, Sfwash, and Sudzee, but hopes its founders’ computer science background and online customer acquisition skills will help it beat them.

Check out our earlier coverage of Prim right here.

Everyone has a time in their lives when they just need to talk about their troubles — when they’re going through a divorce, an illness in the family, issues with anxiety, and the like. There are typically two options for them: Family and friends, which is free but often comes with baggage; or therapy, which is expensive and often intimidating. 7 Cups of Tea aims to situate itself in the middle of those two options, with an online marketplace that connects people anonymously with trained “active listeners” that provide an empathetic ear for free or a voluntary fee or “tip.” 7 Cups, which takes a 40 percent commission on all transactions, has seen solid growth since it launched eight weeks ago: It now has 160 active listeners on its platform and is now fielding more than 1,800 call and chat requests per week.

Check out our earlier coverage of 7cups right here.

This startup provides a seemingly simple, but very important service: Providing a hosted status page indicating metrics such as downtime for any company that has a website, service, or application. This way, customers can plainly see if an app is “down for everyone, or just me” — and gather more data about what exactly is going on.

For a monthly fee that ranges between $19 to $249 a month depending on the size of the company and services provided, StatusPage provides a website with an easy-to-understand dashboard, as well as the ability to access information via email and text.

Kivo has built a tool to improve collaboration on documents between teams. By keying into Microsoft Office, it’s created what it calls a “Git for documents.” In the same way that Git has solved the versioning problem for collaborative development. Kivo helps teams manage documents that multiple users can edit, all at the same time.

Today, Kivo has already signed up a bunch of consultancy firms like Deloitte and McKinsey to enable their teams to work on documents in Microsoft Office, PowerPoint, and Excel together. But there are a billion users of Microsoft Office tools out there. At $10 per user, the revenue opportunity for Kivo is pretty huge.

Check out our earlier coverage of Kivo here.

It’s common knowledge by now that immigration is a huge problem for many companies — if you’re not a behemoth like Oracle or Google, if you have an employee that you’re trying to secure a visa for, the process can be hugely time-consuming and difficult. Teleborder aims to ease that pain by providing a software program for companies that purportedly scales, automates, and replaces all the functions typically done by an immigration lawyer — gathering documents, collecting information, and sending information to the government. Teleborder charges $5,000 per visa application, giving it a $4.5 billion addressable market in the United States alone.

Check out our earlier coverage of Teleborder here.

Floobits lets pair programmers use native text editors to collaborate on code in real time. They say they have 7,000 users signed up with eight hours a day on average per usage. The two co-founders Matt Kaniaris and Geoff Greer used to pair program together while at Rackspace, and after leaving, they realized that they wanted to build something that could help others do the same.

The service offers freemium pricing, where free accounts have up to five workspaces available. But to work privately, a paid account starting at $15 per month is required.

Check out our earlier coverage of Floobits right here.

It’s a big hassle for technologically savvy businesses to integrate with antiquated shipping services like UPS, USPS, and FedEx. EasyPost removes the friction by sitting between developers and the shippers, and offering a RESTful JSON API to connect them. This lets developers access the best shipping rates, tracking information and more. It charges $0.05 per shipping label, and is aiming to take a nice cut of the $26 billion shipping industry. It’s been growing 179 percent month over month, has handled 70,000 shipments, and raised $850,000 from investors, including SV Angel. It’s facing competitors like Postmaster and ShipHawk, but hopes to win the market by specializing in top-notch support so businesses always know where their shipments are.

Check out our earlier coverage of EasyPost right here.

Standard Treasury is working on APIs for commercial banking that help ease transactions like transfers. They’re currently in negotiations with 16 banks, including three of the five largest ones in the country. Those contracts could be worth anywhere from roughly $2 million to more than $15 million and they have potential banking clients asking for APIs down the line that tap into mobile and core banking.

Check out our earlier coverage of Standard Treasury here.

[Update: To see our favorites from across all three batches, read TechCrunch’s Picks: The Top 8 Startups From YC Demo Day]