Google has been making progress on the development of parental controls for its Chrome web browser, a feature which first showed up in test builds of the browser this past December. At the time, developers had spotted an option called “Managed User Settings” in Chrome’s Canary / Chromium build, and now the option can be enabled in the latest Canary build by switching on a couple of flags.

The Canary build of Chrome, for those unfamiliar, is a testing grounds for forthcoming Google Chrome features. This version of the browser is generally used by developers or early adopters who don’t mind a few bugs in exchange for getting to try the newest stuff first. 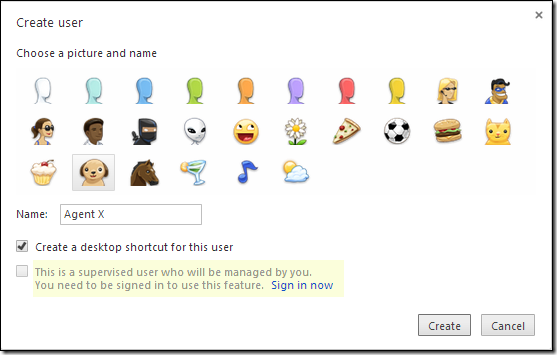 The parental controls were spotted this week by the Browser Fame blog, which explains how you can preview these experiments in Canary now. (That is, by accessing the options “Enable supervised users” and “Enable new profile management system” from the chrome:flags page.) The site also grabbed several screenshots of what the parental controls will look like, which includes screens showing how users can create “supervised user” accounts, pick out avatars, and create desktop shortcuts.

The option then lets the admins or parents go into Chrome’s settings to configure restrictions which will apply to the child’s account, as nothing is apparently restricted by default. As a message explains after the account creation process is complete, if users don’t change the settings, the child will be able to browse all the sites on the web. 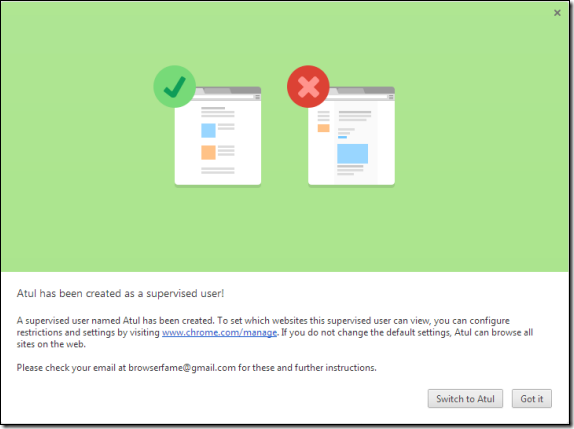 Previously, we had seen that the Managed User Settings allowed admins to install and enable “content packs,” which would be a set of pre-approved websites, as well as switch on or off Chrome settings like SafeSearch, Chrome’s sign-out, Incognito mode, and more.

Google declined to provide more details about where it’s taking this parental control option, when it will be available to the public, or what sort of extended feature set may be available in the future. The company did provide a brief statement, however, saying just: “we’re always experimenting with new features in Chrome, especially in Canary builds. We have nothing new to announce at this time.”

In addition to simply allowing home users to lock down Chrome for use under a child’s desktop PC user account, the feature could also serve as a value-add for Google’s Chrome operating system, which powers its Chromebook laptop computers. This could potentially be a bigger selling point for consumers, who want an easy way to give their kids something that has more of a laptop feel (i.e. a keyboard), but without giving them unfettered access to the web. In addition, restricted accounts make sense in terms of Google’s plans to push its services and device into schools, via Google Apps and Chromebooks for Education, for example.

The move comes at a time when companies are beginning to think about how those so-called “net nanny”-like settings and features should be integrated into our modern mobile, tablet and cloud-based devices. Apple, Amazon and Google (with Android), have each implemented their own take on parental controls, but these still often lack the finesse of the products from the Windows era, where software installations once allowed for fine-grained control and monitoring of children’s online activity. But offering restrictions is at least becoming a must-have today, rather than an afterthought. So it makes sense that Google would bring some sort of restrictions to its browser and therefore its other mobile OS, in addition to Android.