Drippler, the makers of mobile apps for iOS and Android which serve as a hub for personalized news about your device, its features, as well as new mobile applications, is launching a revamped version of its service for Android, now optimized for Android tablets. The Drippler app has been installed over 7 million times to date, and this release is aimed at expanding that footprint even further. It also delivers a set of new features, including support for categories, search, favorites and improvements to its personalization technology. 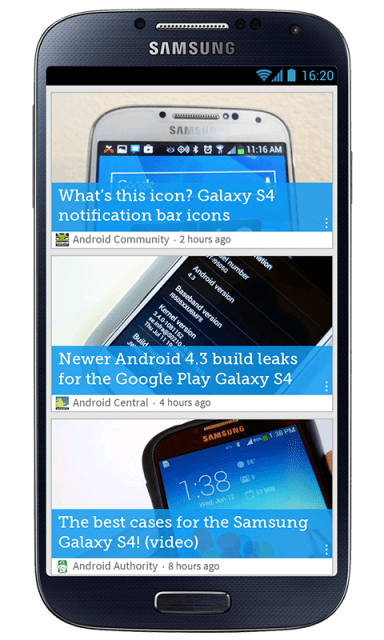 You can think of Drippler as something of a single-purpose feed reader, where the best and most relevant content has been pre-selected for you. Or maybe, think of it as a Flipboard magazine devoted only to your smartphone and the apps it can run. In Drippler’s early days, there was some concern over its sourcing of content, but the app today really doesn’t vary much from most news readers – it may repurpose and aggregate content found around the web, but it links to the source at both the top and bottom of the articles provided, while also serving as a way to introduce more casual readers (i.e. normal people who don’t know about the thousands of niche blogs and forums out there) to articles and information they would have otherwise missed.

To give you an idea of the breadth of its reach, in the Android version, Drippler includes content from sites like The Droid Guy, Android Police, Android Authority, GottaBeMobile, Android Geeks, Talk Android, MakeUseOf, LifeHacker, LifeHacker, phoneArena, Android and Me, App Storm, Cult of Android, Gizmodo, OMG!Droid, AndroidSPIN, Android Phone Fans, and many more.

But the service doesn’t feature every single article, it looks for those that would matter to you. These may include general Android news posts to some extent (or iOS news, if on iPhone) but also those discussing your device in particular. It’s a useful way to stay current on the rapidly changing mobile landscape, or even just learn about your new phone. 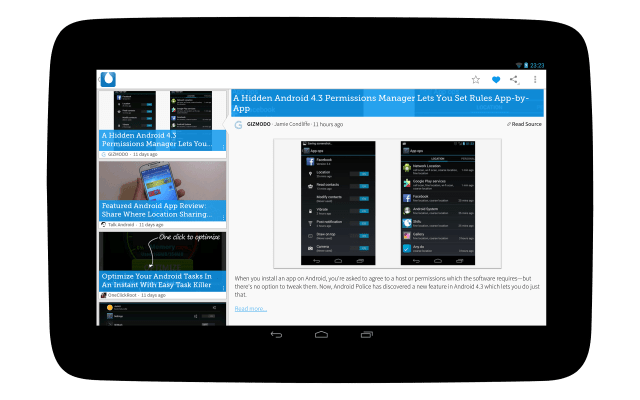 Drippler was originally built for Android, so is benefiting somewhat from Android’s massive market share and reach. But when TechCrunch ran into them in Startup Alley at TechCrunch Disrupt last May, they were just then launching on mobile (before it was on web only) – so hitting 7 million downloads since is not a bad showing.

Co-founder and CEO Matan Talmi is today touting something of a vanity metric, with “200 million drips served” (meaning posts, tips, updates, etc. which users have discovered. The company has hundreds of thousands of daily actives.)

But more importantly that this pseudo-milestone, is that Drippler is moving now into revenue generation mode. “We recently started working on pilots with selected developers and brands to monetize some of the app install and product purchases we’re driving,” says Talmi.

“So far, our partners have been seeing conversion rates of up to 20 times what they’re seeing on average,” he adds.

The company began pilot testing a few months ago, and is now working with mobile ad networks and app developers directly to monetize the organic referrals for apps and games featured on Drippler’s service. This includes those in the content, as well as those in sponsored promotions Drippler runs. In addition, it’s worked with brands and retailers to earn a rev share on product and accessory recommendations, and will soon add a “Buy” button to complement the “Install” button for apps it has today.

Given the increasingly crowded mobile app ecosystem, Drippler occupies an interesting niche where it’s part mobile news magazine, and part app recommendation service. On the latter front, that means it somewhat competes against other startups in this space, like Appsfire, AppHero, Hubbl, or newly launched Appidemia, for example. But solely focusing on app recommendations has been a tough nut to crack for many of the newer entrants into the space, which has led several app recommendation startups to pivot or close up shop. By combining apps with personalized news, though, Drippler could potentially keep its users engaged for longer. Or at least that’s the hope.

The new version of Drippler for Android is here.