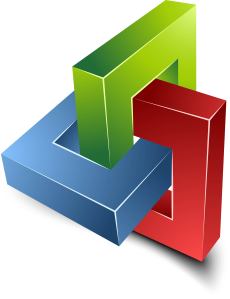 Editor’s note: Ben Horowitz is co-founder and partner of Andreessen Horowitz. He was co-founder and CEO of Opsware (formerly Loudcloud), which was acquired by HP, and ran several product divisions at Netscape. He serves on the board of companies such as Capriza, Foursquare, Jawbone, Lytro, Magnet, NationBuilder, Okta, Rap Genius, SnapLogic, and Tidemark. Follow him on his blog and on Twitter @bhorowitz.

If I knew what I knew in the past
I would have been blacked out on your a** —Kanye West, Black Skinhead

Because I am a prominent advocate for founders running their own companies, whenever a founder fails to scale or gets replaced by a professional CEO, people send me lots of emails. What happened, Ben? I thought founders were supposed to be better? Are you going to update your “Why We Prefer Founding CEOs” post?

In response to all of these emails: No, I am not going to rewrite that post, but I will write this post. There are three main reasons why founders fail to run the companies they created:

The board panics. Sometimes the founder does want to be CEO, but the board sees her making mistakes, panics and replaces her prematurely. This is tragic, but common.

A friend of mine led his company from nothing to over $1 billion in revenue in record time by relentlessly pursuing his product vision. He did so by intimately involving himself in the intricate details of his company’s product planning and execution. This worked brilliantly up to about 500 employees. Then, as the company continued to scale, things started to degenerate. He went from being the visionary product founder who kept cohesion and context across the increasingly complex product line to the seemingly arbitrary decision maker and product bottleneck. This frustrated employees and slowed development. In reaction to that problem and to help the company scale, he backed off and started delegating all the major product decisions and direction to the team. And then he ran smack into the Product CEO Paradox: The only thing that will wreck a company faster than the product CEO being highly engaged in the product is the product CEO disengaging from the product.

This happens all the time. A founder develops a breakthrough idea and starts a company to build it. As originator of the idea, she works tirelessly to bring it to life by involving herself in every detail of the product to ensure that the execution meets the vision. The product succeeds and the company grows. Then somewhere along the line, employees start complaining that the CEO is paying too much attention to what the employees can do better without her and not enough attention to the rest of the company. The board or CEO Coach then advises the founder to “trust her people and delegate.” And then the product loses focus and starts to look like a camel (a horse built by committee). In the meanwhile, it turns out that the CEO was only world-class at the product, so she effectively transformed herself from an excellent, product-oriented CEO into a crappy, general-purpose CEO. Looks like we need a new CEO.

How can we prevent that? It turns out that almost all the great product-oriented founder/CEOs stay involved in the product throughout their careers. Bill Gates sat in every product review at Microsoft until he retired. Larry Ellison still runs the product strategy at Oracle. Steve Jobs famously weighed in on every important product direction at Apple. Mark Zuckerberg drives the product direction at Facebook. How do they do it without blowing their companies to bits?

Keep and drive the product vision. The CEO does not have to create the entire product vision, but the product-oriented CEO must drive the vision that she chooses. She is the one person who is both in position to see what must be done and to resource it correctly.

Maintain the quality standard. How good must a product be to be good enough? This is an incredibly tough question to answer and it must be consistent and part of the culture. It was easy to see the power of doing this right when Steve Jobs ran Apple, as he drove a standard that created incredible customer loyalty.

Be the integrator. When Larry Page took over as CEO of Google, he spent a huge amount of his time forcing every product group to get to a common user profile and sharing paradigm. Why? Because he had to. It would never have happened without the CEO making it happen. It was nobody else’s top priority.

But how do you do that and only that if you have been involved in the product at a much deeper level the whole way? How do you back off gracefully in general without backing off at all in some areas? At some point, you must formally structure your product involvement. You must transition from your intimately involved motion to a process that enables you to make your contribution without disempowering your team or driving them bananas. The exact process depends on you, your strengths, your work style and your personality, but will usually benefit from these elements:

Write it; don’t say it. If there is something that you want in the products, then write it out completely. Not as a quick email, but as a formal document. This will maximize clarity while serving to limit your involvement to those things that you have thought all the way through.

Formalize and attend product reviews. If teams know that they should expect a regular review where you will check the consistency with the vision, the quality of the design, the progress against their integration goals, etc., it will feel much less disempowering than if you change their direction in the hallway.

Don’t communicate direction outside of your formal mechanisms. It’s fine and necessary to continue to talk to individual engineers and product managers in an ad hoc fashion, because you need to continually update your understanding of what’s going on. But resist the attempt to jump in and give direction in these scenarios. Only give direction via a formal communication channel like the ones described above.

Note that it is really difficult to back off of any non-essential involvement yet remain engaged where you are needed. This is where most people blow themselves up: either by not letting go or by letting go. If you find yourself where my friend found himself — you cannot let go a little without letting go entirely — then you probably should consider a CEO change. But don’t do that. Learn how to do this.