The premise of interest-based or vertical social networking is a no-brainer: offer a destination and feature-set to connect people around a specific interest or activity, so that they can converse online, and possibly offline, too. However, monetizing social networking isn’t quite so simple, with many sites relying largely on a mixture advertising and affiliate e-commerce, which in return requires scale.

In many ways, London-based Tribesports — a social network for people doing rather than watching various sports — follows along such lines. It’s amassed around 200,000 highly engaged users since it was founded in 2010, many of those drawn from the U.S., and offers all the requisite social networking features, along with specific sports-related features, such as the ability to set ‘challenges’ for other users, as well as track workouts, share training routines and log other sports-performance data. Revenue comes from selling advertising and an accompanying ‘social commerce’ online store that encourages users to log the equipment they own or are intending to buy, with the startup taking an affiliate cut if they do. 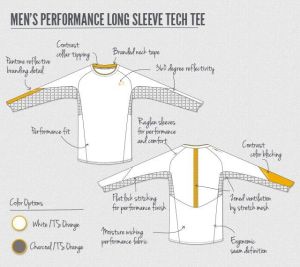 Earlier this week, however, Tribesports rebooted its business model with the headline-grabbing ambition to challenge the $250 billion global sportswear industry with what it’s calling the “world’s first community-powered sports brand”. The idea is to leverage the site’s existing community to become co-producers and co-marketers, helping to shape and evangelise the pending Tribesports sportswear brand — a brand the startup says will stand for high quality at up to 40% lower prices than the leading brands, precisely because it will shun large marketing budgets and celebrity endorsements, instead relying on the Tribesports community, and be sold directly online.

To do so, the company took to Kickstarter on Wednesday with a goal to raise £30,000 to finance its first run of product — a target that it’s already reached less than 40 hours in. That’s not bad going, and provides exactly the sort of early-stage validation that was hard to come by before crowd-funding. It’s also worth noting that Tribesports, having raised over $3 million in investment, probably doesn’t need the cash, but the use of Kickstarter fits perfectly with the “community-powered model” that it’s attempting to pull off. 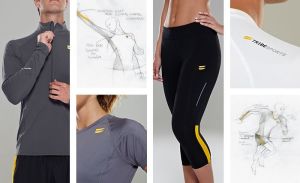 Lofty goals aside, after meeting with two of Tribesports’ co-founders yesterday — Jenna Anians and Andrew McDonough — I came away far less skeptical and with a much better understanding of how the team plans to execute what I promised I wouldn’t call a pivot. And while it certainly isn’t a pivot per se, the move to produce and sell products of its own certainly flips the existing Tribesports revenue model on its head: rather than punting third-party sportswear and equipment to its existing social networking community, the company is in effect asking that community to help sell Tribesports’ own sportswear brand outside of the site. In other words, long term, this isn’t about converting a percentage of the site’s 200,000 users into customers, it’s about involving those 200,000 users in every stage of the Tribesports sportswear process to help it become a global sportswear player.

A big part of that brand building process isn’t just involving the community in making product decisions, but is also based on being a lot more transparent than other industry players, from the manufacturing process, sharing pre-production designs, and showing where each dollar goes in relation to the final retail price (see diagram below). 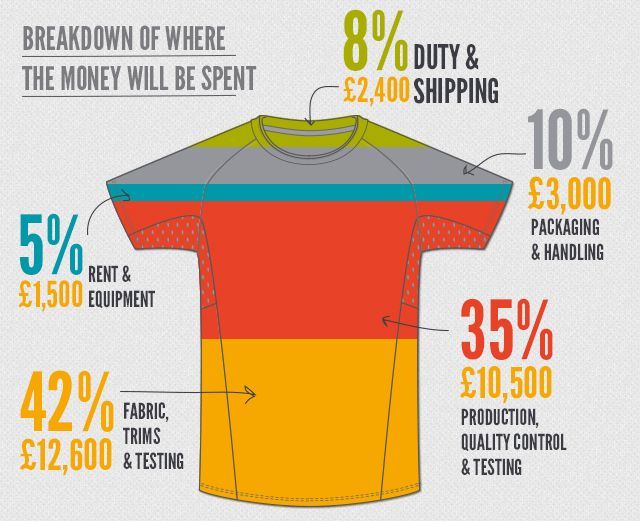