When I was working on my review of Logic Pro X something struck me – where were the sliders? Historically, pro audio software has tried hard to mimic analog – and digital – workstations used by audio engineers. Those boards made you press buttons, twiddle knobs, and plug in patch cords. Logic X hid those. They were there, certainly, because the outcry would be heard around the blogosphere: Where are the sliders!

The sliders were there, but they were hidden. The average user didn’t need them. Non-linear editing ensured that edited audio was a continuum, not a live thing. The need to precisely control individual instruments using sliders was no longer exactly what most users needed. But they were still there, hidden below the surface. Perhaps Apple thought professional audio folks would forget them.

Slowly but surely we are entering another era of computing. Microsoft added the game Solitaire to Windows in order to train people how to drag and drop files on the desktop. That was almost two decades ago. There is no longer any need to train the average computer user how to use a mouse but, for those same decades, the necessity to support those original users brought us metaphors that are soon to become memories: trash cans, control panels, radio buttons, and, obviously, sliders. Those users still thought of machines in pre-information age terms. Buttons clicked. Knobs turned. Electricity jumped from contact to contact with a physical flick of the finger. That’s what Windows was about and that’s what iOS was about. That’s why Logic had sliders. 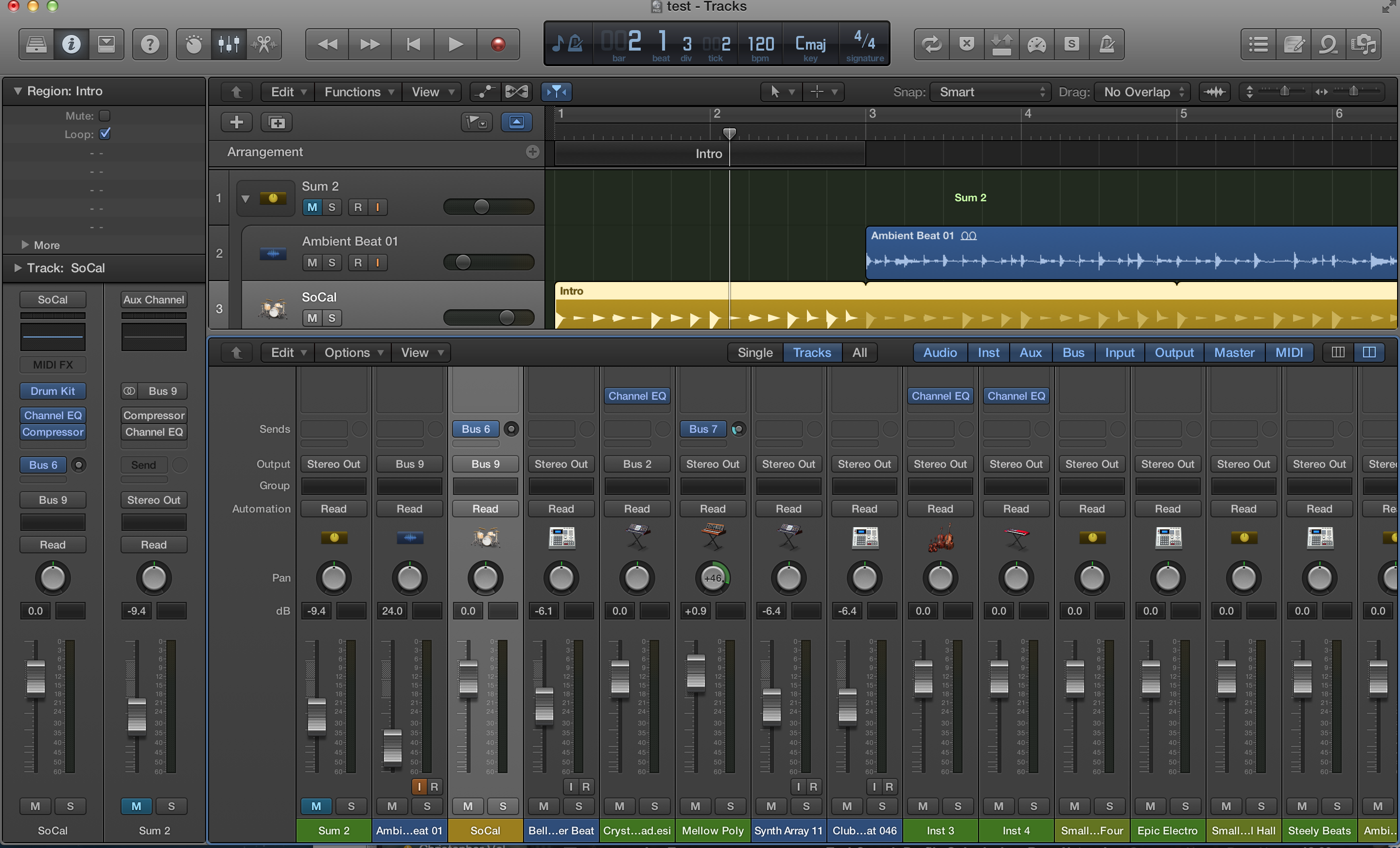 Now, however, buttons don’t mean anything. When’s the last time you pressed a button at your desk? Aside from the odd hunt behind your iMac for the power button, I would say the last refuge of the momentary switch is the elevator. Heck, even crosswalk buttons don’t work anymore and most microwaves have touchpads.

That’s why Windows 8 is so important. And that’s why the new iOS is equally important. Look at the live tiles – remember, those aren’t buttons in Windows. Where’s the trash can in iOS? All that’s left is the barest outline of an Oscar the Grouch’s house. Photorealistic icons are gone, replaced by arrows that tell you how to slide to unlock. What happened to the bouncy, rubber-banding silver button that so infatuated us a few years ago? It turned into the barest hint of an interactive element. Whereas Solitaire taught users to point to a single item on their desktop, these new buttons train users to use all their senses, to intuitively control an environment with the cues that are so infinitesimal that only someone from a future generation could grasp them.

We are that future generation. That’s right. We made it. We’re in the future.

Clearly design changes like the wind. Today’s high-tech interface is tomorrow’s Computer Museum exhibit. Today’s MacBook Air or Microsoft Surface will be a slab of plastic and silicon rotting in a crawl space in some suburban basement. The butterfly dies on the wheel.

We are endlessly suffering from the ravages of interstitial technology. The airplane is only now evolving from 1970s technology. Medicine is only now embracing robotics and microsensor arrays. The car is only now escaping the ghetto of combustion. The same thing is happening with information technology. We are in an endless race towards a future that intuits our needs and recalls our whims. We will, in the end, find ourselves in a world that is better and easier and, at the same time, more complex than we ever imagined.

The death of skeuomorphism is long overdue. There’s a method to the madnesses foisted upon computer users by the big corporations but these madnesses took root long before Windows 8 shipped. It came from the curved edges of 2000-era web design. It’s grown in the flat, geometric logos of the current Internet giants. It’s flourished in the new UIs of apps that came out in the past few months. A new generation doesn’t want sliders.

So that’s where the sliders went. They didn’t go obsolete, they went away. Let’s see what happens when that same impetus towards simplification hits everything – even the buttons in the elevator.