NoFlo, a company that has built an open-source visual programming tool based on “flow-based programming,” a concept that came out of IBM in the 1970s, is launching a $100,000 Kickstarter campaign today to help build a mainstream version of its development environment and add new programming languages.

At first glance, it might look like NoFlo is something like a WYSIWYG editor for more advanced programming instead of for basic web development, with drag and drop components that people can arrange visually to get their desired results. What it actually is, is a sort of visual mechanism for helping people not necessarily familiar with code, like executives, managers and others who are increasingly asked to have some background in programming, be able to understand at a glance what developers are doing and become more involved in the process.

“It’s a new kind of flow-based development environment for NoFlo, and what we’re attempting to do is basically change the environment to be more collaborative,” he said. “We want to give companies and teams a map of how their software works, and now their software is connected, where things flow, etc. We’re basing it on a concept invented in the 70s, but which we’re now bringing to the modern world of cloud APIs and connected devices.” 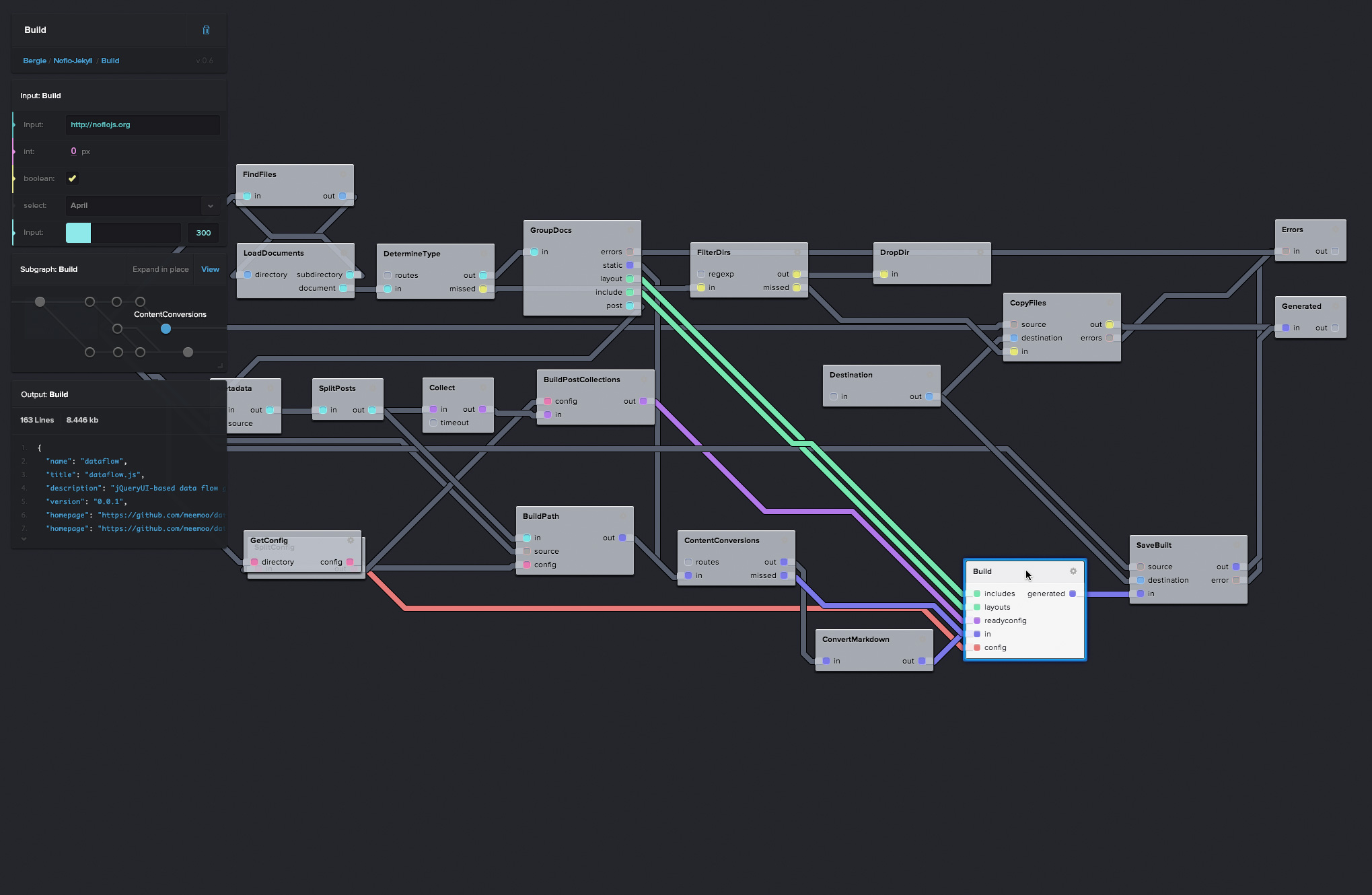 It’s actually similar to proprietary tools already being used for major programming endeavours – some of which should be very familiar to any audience, like the Lord of the Rings films, which used this software development platform for special effects design and development flow. NoFlo is making those same tools available to the general open source community for the first time, should it succeed with this Kickstarter project.

The aim of the Kickstarter project is to draw attention as well as to raise funds for expansion from JavaScript development, which NoFlo currently supports, to Java and also Objective-C, which will make it possible to build native iOS and Android apps. The company says that it’s essentially like turning Scrabble into Lego, which is to say it’s taking something that’s impenetrable to someone who doesn’t speak the right language, and making it transparent and interactive to a broad audience.

As NoFlo says in its Kickstarter materials, designers are entirely dependent on coders once the visual creation work is done, and then have to hand off their work to someone who speaks an entirely different language. NoFlo wants to keep designers in the loop, not just in an over-the-shoulder sense, but as active participators in the coding process, all without requiring extensive re-education. 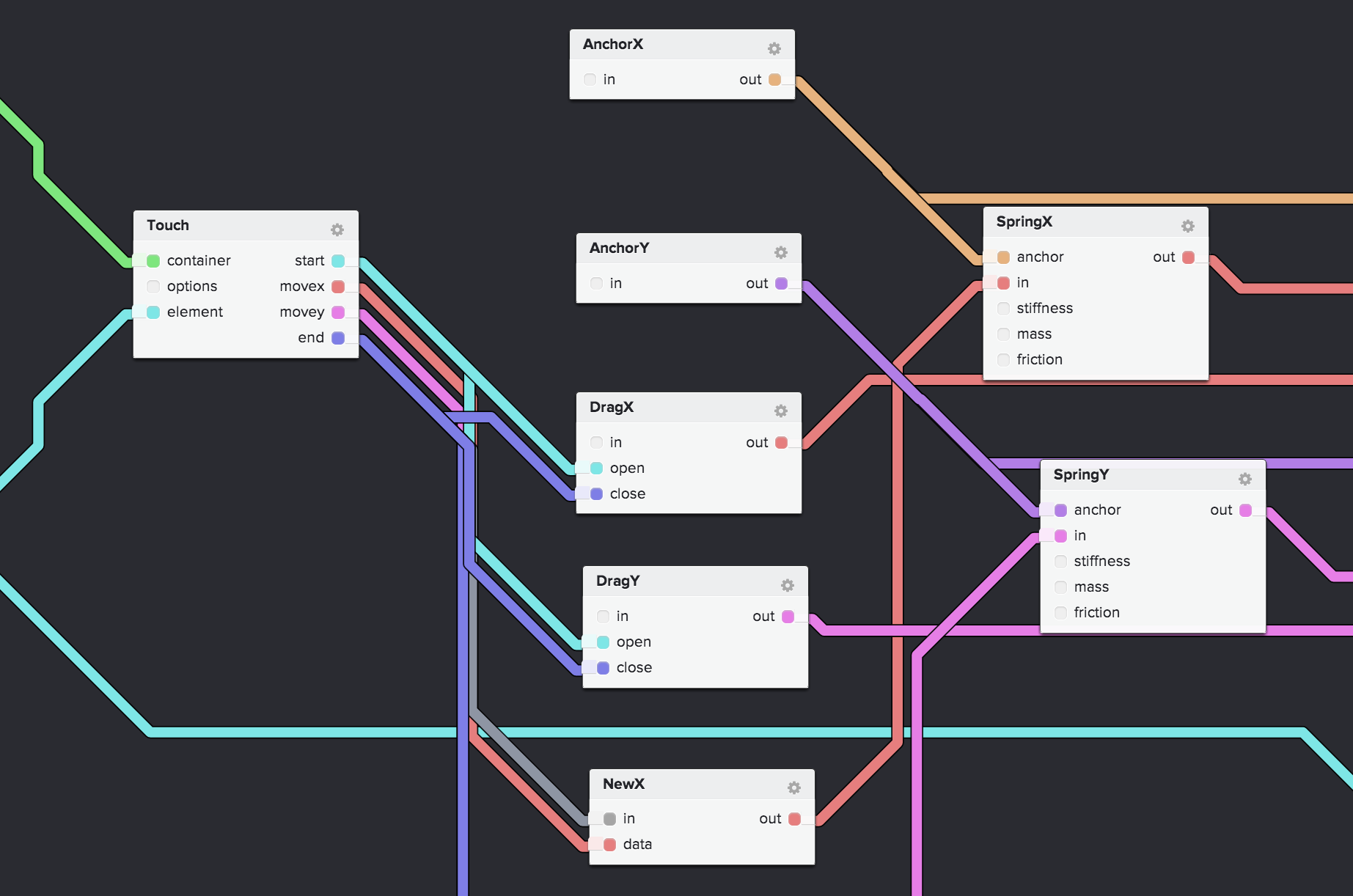 Pledging $95 or more wins backers a private project license (the tool will be available for free but only for projects that can be shared openly with the community), and adding money generally ups the length of your license, as well as brings in new perks. $100,000 is a big ask for a software project with no consumer product angle, but NoFlo has a noble and worthwhile goal, and could win a lot of support from design and development studios looking to bridge the gap between engineering, management and creative.