The rise of Pinterest wasn’t all cocktails and cupcakes. It conquered huge scaling challenges to become the world’s keepsake box. Now as the we ditch the desktop for mobile, how will Pinterest evolve to connect us with the things we love? Today Pinterest’s head of engineering Jon Jenkins gave a surprisingly candid look at the past and future of Pinterest journey to build the interest graph.

Now Pinterest is a team of 140, with 70 engineers, $338 million in funding, and a massive headquarters in San Francisco. But at the start, it was just the three co-founders Ben Silbermann, Evan Sharp, Paul Sciarra, and a single engineer.

Pinterest began as a few guys with a mission “To help people discover the things they love and then do those things in real life. With only one engineer, it was almost lucky that Pinterest didn’t become popular yet or the whole thing could have come crashing down.

Jenkins says that “traffic was doubling every month and half” and provided this traffic graph, though with no Y axis about exactly how many page views the site receives. He explained that the site wasn’t exactly built to last at first. “It was originally written in Python, but when you build a website [for a small user base] you don’t think about modularity very much. And when a million people show up on your door step you’re just trying to keep the thing from falling down.” 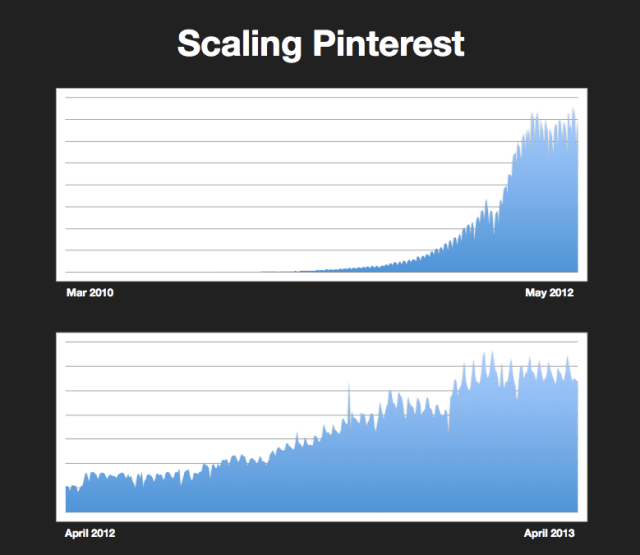 In August it released new versions of its iOS and Android apps that would serve as the modernized foundation of the future of its business on the small screen. Pinterest began learning how people used the service differently depending on their device. For example, in the daytime it sees a lot of phone use as people try to discover new things. They might walk around the grocery store with a recipe pin open on their phone to help them find ingredients. “Then in the evening we see tablet usage increase significantly as they’re trying to make that recipe” Jenkins says.

Pinterest this year began showing related pins when you pinned something, and providing pin recommendations via email. It also launched expanded pins so recipes would show ingredients, movies would show reviews, and products would show prices. Most recently, it began using the feed editor to recommend more content to you. With big plans afoot, Pinterest also rewrote its entire site — not to handle traffic, but to let multiple engineers enhance it simultaneously without tripping over each other and causing non-stop bugs. “How can we create modules that let engineers go in and work without screwing over the other developers?” He’s convinced that the new modular Python architecture “will allow the organization to scale.”

Looking forward, Pinterest has five big projects its working on:

For years you had little but your own brain and the boards you browsed to find pinspiration. But now Pinterest is lending a helping hand thanks to a ton of data analysis. “Pins can’t exist unless they’re assigned to a board. Out of those boards, we try to identity interests through collaborative filtering, associative rule mining, natural language processing to provide discovery. I can pin five shirts I like and Pinterest derives my interest in fashion.” Recommendations could make Pinterest even more addictive for hardcore users, and help it retain newbies until they’re hooked. 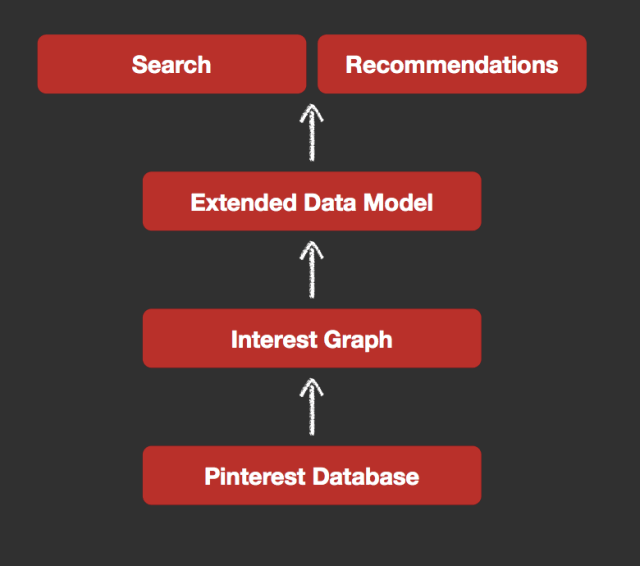 Scaling Big Data: “Figuring out how we’re going to scale the data repositories for pins will only become more complicated as we grow internationally” Jenkins said. That why he says “we’re hiring pretty aggressively” in areas including machine learning, data mining, operations, and infrastructure.

Making Pins More Useful: Expect more pin types to gain expanded information like recipes did. “Useful” could also end up as a euphemism for “buyable”. Pinterest is renowned for driving traffic to ecommerce sites. If it could bring more of the shopping experience inside its site and apps, it could provide value to users while also arguing that it deserves a revenue share or commission from merchants.

Bringing The Grid Onto Mobile: Pinterest’s best known and most frequently copied element is its masonry grid design which allows for rapid intake of visual information. Now it’s trying to get the infinite scroll part of the grid to work on small screens with limited storage. “It’s easy to load things but your phone gets very angry with you if you don’t unload things”, Jenkins says. There’s also be a bit of bringing the mobile onto the grid, as Pinterest tries to take what it’s learning on mobile back to its website. That could include touch capabilities for touch-enabled laptops like the Chromebook Pixel. 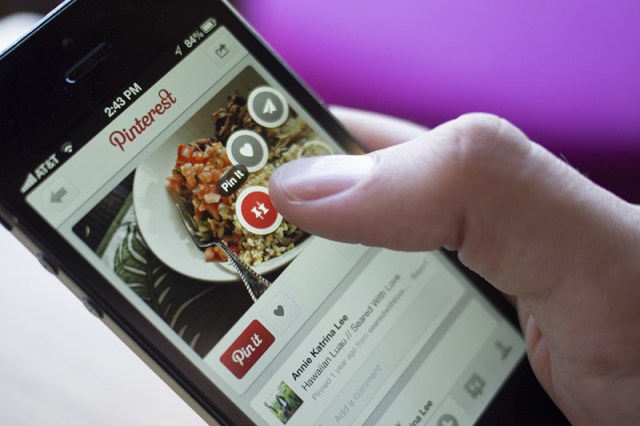 Creating A Platform Foundation: “People keep asking ‘When are you going to release an API?'” Jenkins wouldn’t give a firm answer but did reveal a bunch of details. “We are working very closely with a very select set of partners to figure out what the API is that we should release. We are going to work with content providers to offer extended functionality so they can understand how the content they produce is being used in the Pinterest system. Content providers want distribution. If we can help them understand what resonates they’ll be happier, and Pinners will be happier as well.”

Don’t expect it to be rushed out “I might be overly rigorous in how I think about APIs. I want them to be extremely high quality” Jenkins says. Taking a dig at Facebook and Twitter, and following a similar thought pattern as Google+’s Vic Gundotra, he says “I don’t want to make mistakes other companies have made where they release APIs and then have to pull them back. I wouldn’t be proud of that.”

Today, Jenkins says that depending on what external traffic monitoring site you look at “we’re a top 15 site in the US and higher than that in terms of apps.” comScore currently pegs it at 48.7 million global monthly users. And while you might think Pinterest is a big popularity contest, Jenkins says that if you talk to long-time users, “many of them pin for themselves. They’re not using Pinterest to put on a show or posture externally. People view it as an act of self-expression.”

Just because our world is being digitized doesn’t mean we’ve lost our desire to collect. If Pinterest executes on this roadmap, it could build tree big enough for us all to nest in.