Congress almost cut off funds for an NSA spying program, until San Francisco Rep. Nancy Pelosi stepped in to save it. Rep. Pelosi, of California’s 12th district, worked to kill the Amash amendment to the 2014 Defense Appropriations Bill. Amash’s amendment would have defunded the NSA’s domestic phone record program, which collects metadata on every call placed in the United States.

It almost passed, failing by a narrow 205 to 217 margin. It now appears that it could have passed, but Rep. Pelosi worked behind the scenes to convince a number of Democrats to vote against the amendment.

According to Foreign Policy, a Democratic aide told the publication that “Pelosi had meetings and made a plea to vote against the amendment,” the effect of which was greater than briefings with General Alexander, head of the NSA. Pelosi recently took fire at a liberal gathering for her defense of NSA surveillance programs.

The aide went on to say that “Pelosi had a big effect on more middle-of-the road hawkish Democrats who didn’t want to be identified with a bunch of lefties” who were in favor of gutting the funding for a program that the NSA claims is key to its ability to preserve the national defense.

It’s not a surprise that a Democrat is in favor of the NSA’s surveillance activities; the Amash amendment managed to split Congress, but not along normal party lines. Both Democrats and Republicans voted for and against the amendment. However, Rep. Pelosi’s district makes her vote and lobbying efforts curious: She is the direct representative of San Francisco, which contains inside of it large swaths of the technology industry and its denizens. The tech industry has, on average in my estimation, tilted negative regarding the NSA’s pervasive data-collection practices.

It isn’t right to think that an elected official must at every turn vote on issues based on the temperature of their district. But in this case, Rep. Pelosi’s active efforts to stamp out support for an amendment that had a chance at enacting real reform — which I suspect would be quite popular in her district — is somewhat hard to grok.

Rep. Pelosi is my Representative in Congress, and I voted for her in the last election. That in mind, I must register material complaint with her recent actions.

There is irony in that the elected official that represents the location where Twitter is headquartered is in favor of the NSA’s intra-United States data collection activities. Twitter, of course, became famous for its lack of cooperation with the NSA. 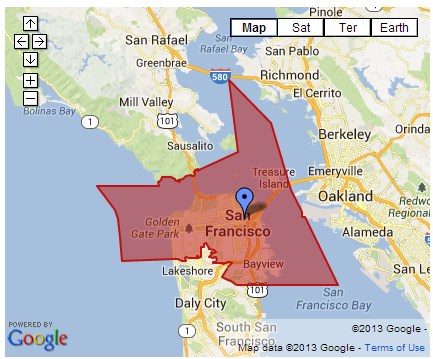 As TechCrunch recently noted, and this is something to take heart in, support for the Amash amendment was by definition bipartisan, and stronger than expected. Functional reform could be possible. One month ago it certainly did not feel that way.