Real-time team collaboration service LiveMinutes
today announced that it has closed a $1.4 million seed round. The
round was led by Great Oaks Venture
Capital — a VC firm that previously backed the
likes of Trulia and OkCupid — with participation from New World
Ventures, former Facebook business development head Ali
Rosenthal and Match.com CEO Sam
Yagan.

As the company’s founder and CEO
Kemal El Moujahid told me earlier this week, LiveMinutes plans to
use this money to extend its marketing efforts and to implement
more partnerships with industry players. “We also have a really
exciting roadmap we want to implement with regards to real-time
collaboration,” El Moujahid told me.

LiveMinutes
launched
about 18 months ago as a web-conferencing service with a focus on
document sharing. Since then, it has morphed into a fully featured
collaboration service that still includes live video conferencing,
as well as real-time document and to-do list editing, image
annotations and some basic sketching tools. The product today feels
a bit more like a lightweight version of Podio and less than a video
conferencing service, though videoconferencing is still available
(and uses WebRTC on Chrome). 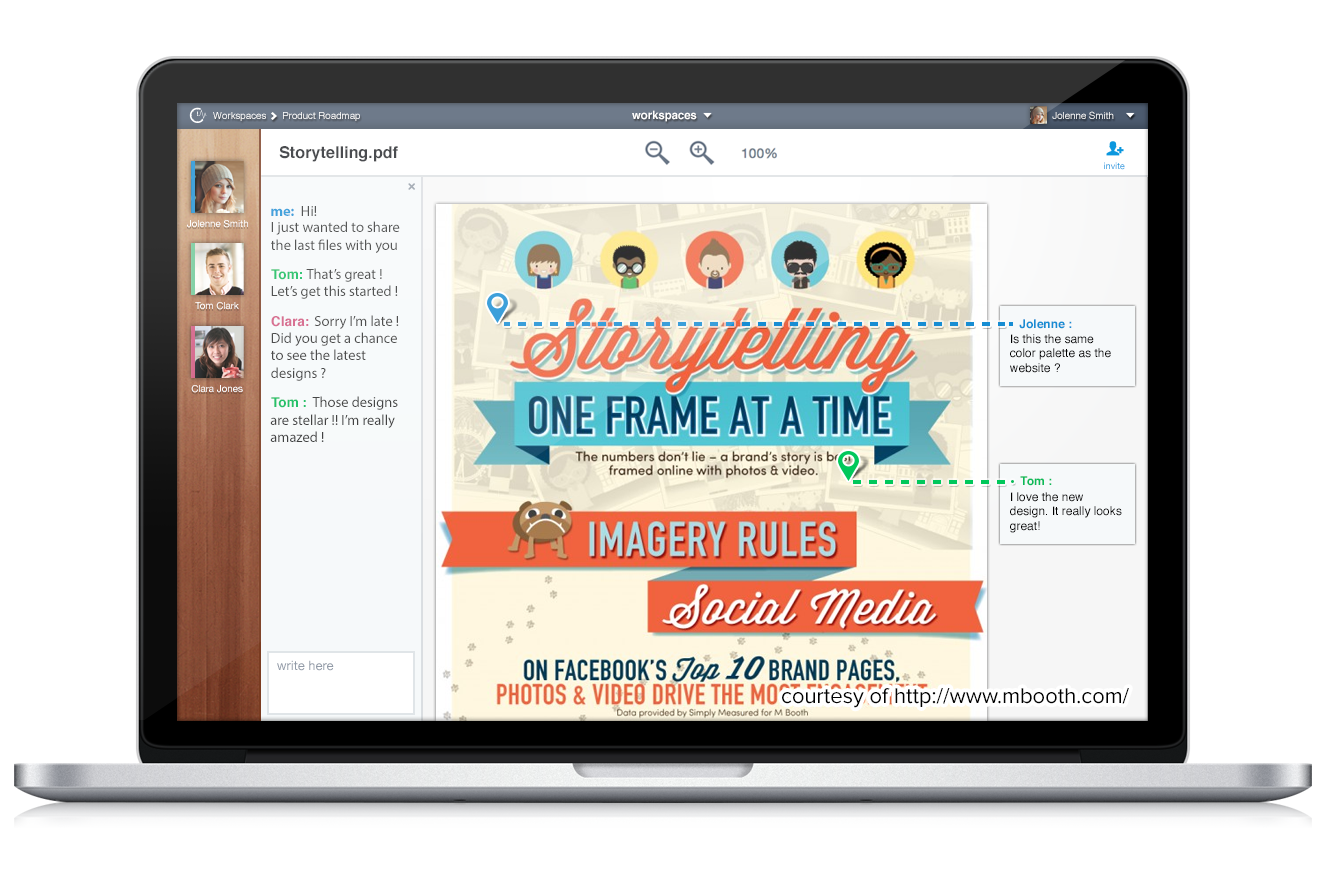 The
company also today announced a partnership with Evernote Business.
Evernote users can now import their notes to LiveMinutes with just
a click and then annotate it collaboratively — a feature Evernote
itself doesn’t currently offer.

“LiveMinutes adds
real-time collaboration to Evernote’s business collaboration
features,” says Rafe Needleman, Evernote’s Director of Developer
Relations, in a statement today. “It lets colleagues edit notes in
real-time, host conference calls, and save everything back on
Evernote to get the most of Evernote.”

To
annotate images, LiveMinutes is also considering an integration
with Evernote’s Skitch.

As El Moujahid told me
that, in the early stages of collaboration tools, we had to deal
with real-time native desktop clients like Skype and asynchronous
web-based tools like Basecamp, which led to very disjointed
conversations. Today, thanks to HTML5 and WebRTC, we can bring all
of these features together into one service. LiveMinutes wants to
be at the forefront of this movement.