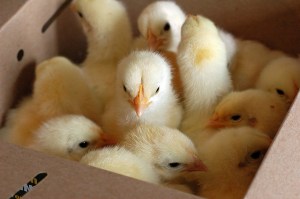 Ken Lerer, a co-founder of Huffington Post, Chairman of BuzzFeed and Betaworks, and founder of Lerer Ventures, is starting another new media business, a website called The Dodo, launching this fall. The site, a combination of “content and commerce” exploring the topic of humans’ relationship with animals, is being jointly run by Kerry Lauerman, former editor-in-chief of Salon.com, and Lerer’s daughter Isabel, who’s currently wrapping up her doctoral studies on the subject.

Prior to taking the role of CEO at soon-to-launch The Dodo, Lauerman had spent over a decade at Salon.com, one of the pioneers of Internet journalism, where for the last two and half years he served as editor-in-chief.

Though the name of the site may make you laugh, its mix of content will not always be as light and fluffy as the YouTube videos of cats and lists of cute puppies which may help it get clicks and go viral through social channels. Entertainment will be part of the site’s mission, but its larger focus is hinted at by the name: the dodo – a bird whose extinction helped the world recognize how humans can impact our ecosystem, sometimes to devastating consequences.

“Look at the front of The New York Times — they have a significant animal story on the front page every week. It’s our plan to launch a site to try to own that topic.” — Ken Lerer

In addition to lighter fare, The Dodo will also feature stories related to humans’ involvement with animals, including advice for the nearly 70 percent of households that include a pet, tips on healthy and sustainable eating, news on endangered species, as well as stories about animal rights and exploitation, like that which is found in puppy mills and circuses, for example.

According to Lerer, whose firm is backing the new media startup and providing it with office space, there’s a huge movement toward this subject matter today. “Our thinking is that the topic of animals, animal rights and the relationship between animal and people is an issue that’s on the cusp of exploding,” he says. “Look at the front of The New York Times — they have a significant animal story on the front page every week. It’s our plan to launch a site to try to own that topic.”

Though The Dodo is not in any way “inspired” by the hugely viral BuzzFeed, Lerer did admit that BuzzFeed served as proof that people are obsessed with animals online. In addition, he believes that the model BuzzFeed uses — the combination of lighter content that helps fund the more in-depth reporting — is something that can make sense for sites like The Dodo, which plans to also work off of that same 75/25 split between the lighter, faster content and the deeper stories.

“When I started The Huffington Post seven years ago now, that really was the model, and it’s certainly the model of BuzzFeed,” Lerer says. “I believe that’s the necessary model within certain parameters. I think a site should be informative, engaging, entertaining, and fun — all that at the same time.” He says some sites that haven’t broken through a certain ceiling is because they’re too heavy and don’t appeal to the general population. “I’d like the content sites that we do to have a broader appeal,” he adds. 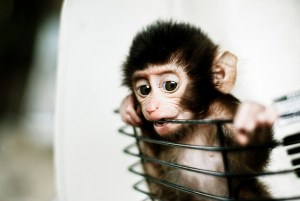 And what could be broader than animals? After, all the web is filled with them – from sites like BuzzFeed itself, to CuteOverload, I Can Haz Cheezeburger, and more. But with the latter in that list amid layoffs, there’s a question about whether being purely entertainment-driven can lead to continued success.

Today, our obsession on the subject of animals is often surfaced through clickable, shareable “awww”-like posts, but that’s only scratching the surface of the potential in this space, The Dodo’s creators believe. It’s a symptom of humans’ desire to understand and think about our relationships with animals, and therefore, the world at large.

That deeper interest in all things animal is also the passion of Lerer’s daughter Isabel, who, though never having been a “tech person,” her father says, will be joining The Dodo’s founding team in roughly nine months, after earning her PhD. This mix of investment, work and family is something the Lerers are already familiar with, of course — Ken’s son Ben’s startup Thrillist is also backed by Lerer Ventures.

The Dodo is still very much an early-stage project at this point — the startup won’t raise its seed round until later this year. There’s no editorial team outside of Lauerman yet. Nor is there a logo, landing page or solidified design. Even the “commerce” side of The Dodo’s business model is still being worked out. But what the site’s backers can say today is that, in addition to ads, The Dodo will feature products that carry The Dodo’s “stamp of approval,” something that will allow for a different revenue stream, which is exciting, Lauerman says. (Notably, Salon had struggled as a business despite the quality of its reporting.)

Outside of Kerry and Isabel, The Dodo’s other confirmed team member is designer Eve Weinberg, who previously led art direction at another Lerer portfolio company, NowThisNews. Says Lauerman, who will serve as CEO, Weinberg isn’t being constrained to any form or prototype for the website, whose technical underpinnings include the content management system and (yes, yet another Lerer investment) RebelMouse.

“We’re fascinated, compelled to care about the animals in our lives and the animals that are out there – in some cases, surviving precariously because of us.” — Kerry Lauerman

For Lauerman, joining The Dodo after all those years with Salon was sparked by a personal interest in the space. And though some of the subject matter could lend itself to slightly more liberal leanings, he insists that the site won’t have a political mission. “As a culture, we’re moving much closer to concern on these issues, so I’m thinking of it as capturing a movement that’s happening already, rather than pushing some sort of agenda,” he explains. 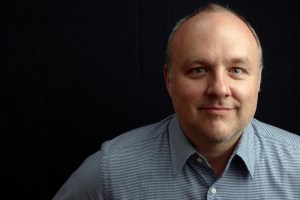 “Our interest in animals goes much deeper. We’re fascinated, compelled to care about the animals in our lives and the animals that are out there — in some cases, surviving precariously because of us,” Lauerman adds.

Lerer and Lauerman aren’t just professionally interested in the business potential of such a site, or a general interest in the topics. Their own lives are also influenced by the nature of their thoughts on the subject of humans’ relationship with animals, too. Both describe themselves as “mostly” vegetarian eaters, though neither have made radical commitments. Jokes Lerer, “when people don’t look, I might sneak a pastrami sandwich,” and Lauerman admits he’ll never be able to fully escape his midwest-influenced diet.

But their approach here, one of being thoughtful, but not militant on this subject, speaks well to what The Dodo could become — a place to be entertained, learn and maybe even shop, without a polarizing agenda that could alienate readers.