Wedding Snap, a 500 Startups-backed online and mobile photo sharing startup is today expanding beyond its original focus — weddings, obviously — in order to target a wider user base who want to privately share photos and videos for other occasions like parties, conferences, events, reunions, trips and more. Though Wedding Snap is still live, it will now slowly be transitioned under the new branding: Eversnap.

CEO Sasha Eslami says that the company’s weddings product actually did fairly well for an early-stage startup. It grossed over $400,000 in its first year of operation through the additional services it sold to brides and grooms, including photo prints, large packs of instruction cards that instructed wedding guests how to use the app to share their photos with the couple, plus a live slideshow product that let the guests watch a moderated stream of photos in real time during the reception.

These services ranged from around $50 up to $200 for a photo-retouching option, which was also available, Eslami tells us. 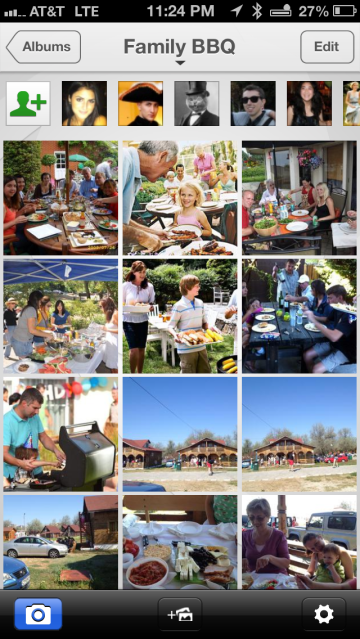 “We noticed during the past year, over thousands of weddings, that we needed a bigger product,” he says. A lot of the customers and guests wanted to continue to use the product after the wedding for different purposes, he says, but it wasn’t really designed for that.

Eslami is aware that by branching out into group photo sharing, the company is entering a saturated market.

“Group photo sharing is not a novel idea,” he admits. “Many companies have tried to take a stab at it for awhile, but there isn’t really a good product out there that solves everyone’s needs.”

He notes that many of these competing apps have launched only on one platform — like iOS — ignoring the users who would want to participate using their Android phones, or, if lacking a smartphone, then via the web. Also, many apps only focus on photo sharing, while Eversnap will support sharing videos, as well. And finally, the service is designed with the needs of mainstream users in mind and not the Silicon Valley, tech-savvy ones, he says.

Having spent his time around this demographic himself — Eslami studied at Georgia Tech and later won a Startup Weekend in Atlanta with Wedding Snap — he thinks he understands the needs of “regular” users.

“What we’ve been focused on since day one is to make our product for middle America,” he says. “We knew that we had to make it very simple. When you open the application, it’s very clear what you need to do, and what you can’t do. That’s what really enabled us to take off.”

Before today’s official debut of Eversnap, the company ran pilot programs where the service was used at a variety of conventions and events, including one run by Microsoft and a street festival in Australia. 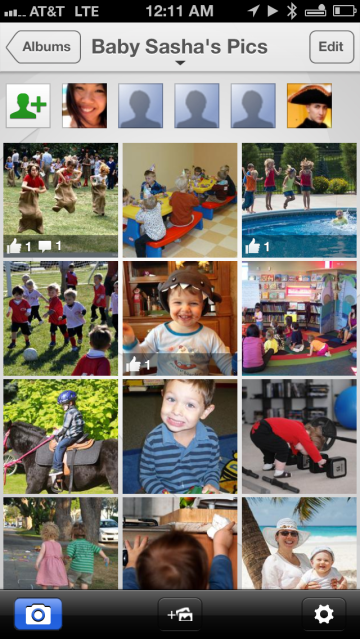 To use the service, which is free up to 15 participants, users create an album and set it as either secret (invite-only) or not. Guests and other event goers can then be invited to share via an app download link sent out via email or SMS.

The plan is to bring a similar paid tier like Wedding Snap had over to Eversnap, though the website doesn’t currently explain this. Photo prints are also available from the web, and in the future, the plan is to ramp up the service to help users better explore their own photo archives through hosting services and other organization tools.

“Overall, we’re moving towards the free model because what we’re doing has a lot of virality in it. We think we can take advantage of the social networking aspect of it,” Eslami says. Currently, users can like and comment on photos, but tagging will be supported soon. “For these people, it’s a small social network for that experience.”

The Eversnap app is live in the Apple iTunes Store and Google Play, as well as on the web here.