Clear your calendar today. History is being made. And you can watch live. Aol, TC’s all-knowing, ever-evolving parent, is holding auditions for a news anchor for Aol.Live (which is apparently a thing now). And, well, not to belittle the candidates, some of these auditions are simply amazing in an American Idol sort of way.

This could be the best thing Aol has ever done.

Apparently they’re open auditions. Anyone can try out to be anchor of Aol.Live, a live morning news show. And after watching hours of the programming, it’s clear New York’s finest showed up.

Yesterday, the TC staff was glued to this live stream. One guy sang his audition. Another didn’t know who Nelson Mandela is. When playing the word association game, one guy associated “Princess Diana” with “hot”. All of them deserve a gold star and are totally worth wasting your day watching.

If that’s not enough, there’s a puppy cam during the breaks. 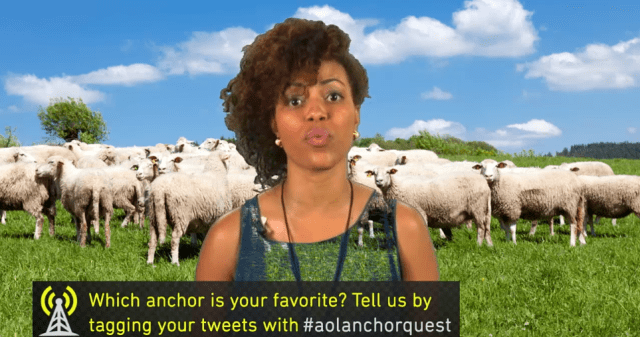 These auditions are genius and makes me wonder how TechCrunch can steal some of Aol.Live’s staff. With this sort of programming, the news network gets a huge pop at launch and sets a colorful vibe for the live programming.

Open auditions are being held right now. Apparently there was quite a line this morning outside of 770 Broadway.

Oh, and Aol.Live folks: How can we get a satellite audition for our writer Darrell Etherington? He’s Canadian, has a dumb laugh (huh huh huh), and loves to show off his chest hair. He seems your type.

Full disclosure: Aol owns TechCrunch and provides us with the funds needed to stock the office full of coconut water and gluten free snacks. That said, we wouldn’t have posted this if it wasn’t so fucking ridiculous. If Yahoo, MSN, or AskJeeves were holding the same tryouts, we would have covered in the same manner.