DigitalOcean is quickly becoming a household name in the web-hosting world. For $5 a month, the company lets you rent a basic virtual private server (or “droplets,” as the company calls them) with 512MB of RAM and 20GB of SSD-powered hard disk space in one of its three locations (two in the U.S. and one in Amsterdam). The company, as its co-founder and CEO Ben Uretsky told me, believes that its focus on simplicity, speed and keeping prices low will allow it to effectively challenge the incumbents in this space.

Things are clearly working out well so far. Over the last few months, DigitalOcean has become one of the fastest-growing cloud providers in the U.S. and has now launched more than 225,000 servers for its customers (and because it uses KVM and SSDs, it typically launches these in under 55 seconds). According to Netcraft, DigitalOcean had grown from being home to just under 140 web-facing servers in December 2012 to 7,134 this June.

Uretsky told me that getting to this point was a bit of a struggle, though. The company eventually made it into the summer 2012 TechStars program in Denver, thanks to recommendations from Slicehost founder Jason Seats and other mentors. But at the beginning, there was “very little love” for a startup that wanted to disrupt the hosting space. Uretsky and his co-founders previously worked in the dedicated server space for 15 years and already had plenty of experience in managing servers and building hosting-related companies. Uretsky, however, says he still wanted to subject himself and the team to the pressure of joining an accelerator program and to build a large network of mentors — something he didn’t do with his first company. 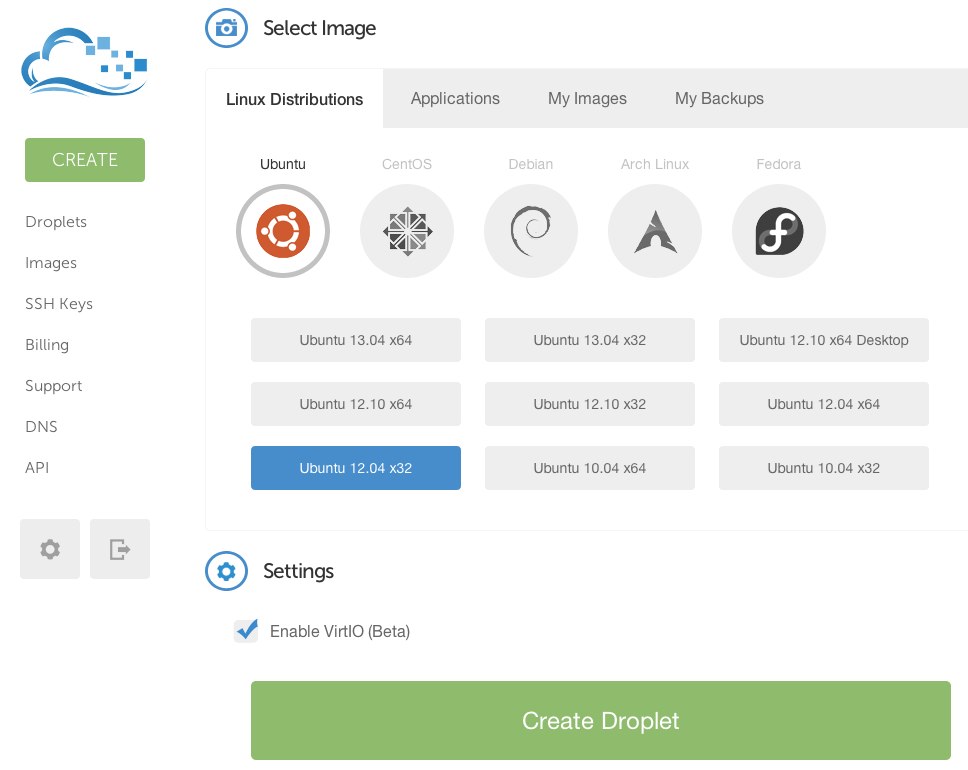 The team was very strategic about jumping into this space and did lots of competitive analysis before it launched. Uretsky believes that every company, at heart, is a marketing company, so the team is clearly focused on honing its message. One thing DigitalOcean realized is that getting started with platforms like Amazon Web Services or Azure is very complicated, even for experienced developers.

Because of this, the team decided to focus strongly on keeping things simple, and a quick look at the DigitalOcean dashboard already tells you that they are taking this approach very seriously. Everything is laid out with lots of whitespace, and spinning up a new server — or taking is offline — is a matter of two clicks. The developers that DigitalOcean is targeting (right now that’s mostly individual developers’ startup teams) want flexibility and on-demand resources.

Today, DigitalOcean is already profitable, Uretsky says. Quite a few pundits have wondered whether the company’s low-cost model is sustainable, but Uretsky notes that its scale is now allowing the company to negotiate bulk deals on hardware and bandwidth that keeps its costs down. It’s also operating at a pretty healthy margin that scales across its pricing plans.

Looking ahead, DigitalOcean is planning to launch a data center in Brazil, followed by a location in Asia (either Singapore or Hong Kong) and then India. The company also just hired 28 new employees to allow it to move from just sustaining its quick growth to launching new features. The first of these new features (which is already in beta), is support for quickly launching pre-configured servers with basic LAMP setups and similar use cases.