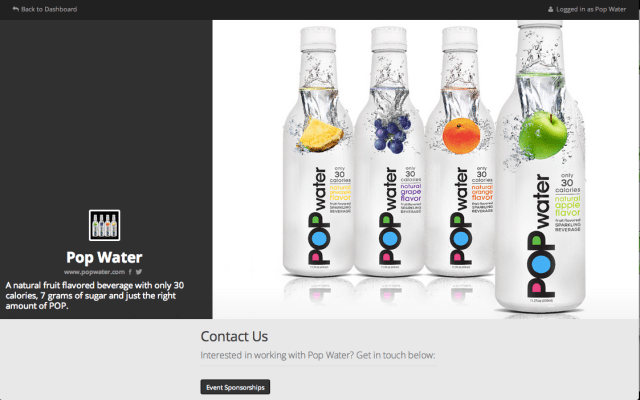 Sponsorfied, a Y Combinator alum from last summer, is re-branding itself as Partnered to help brands choose the best partnerships with artists and other creative endeavors.

The company’s CEO Baldwin Cunningham says the old name, which centered around sponsorships, was too limiting.

“In addition to people just saying our name wrong, the next generation of these relationships aren’t going to feel like a one-way street,” Cunningham said. “With sponsorships, people are expecting things for free. But with partnerships, brands and actors have to mutually benefit each other.”

With the new name, they’re launching two new sets of tools for brands to manage their partnership requests. Partnered DIRECT is a curated service where Partnered will recommend opportunities to support creative cultural events and projects. Cunningham compares it to a Fab.com-like flash sales model for possible brand sponsorships.

The other new product is called Partnered MANAGE, where brands can replace all of their messy paperwork with a simple dashboard to evaluate possible sponsorships.

“One of the biggest problems for brands is handling communication with sponsorship requests. Usually, they’re getting them through e-mail or even physical proposals that are sent to a P.O. box,” he said. “What we’re doing with Partnered MANAGE is allowing them to have a standardized process.”

He said that some companies like American Airlines were receiving as many as 300 requests per week, so that created a messy flow of PDFs and spreadsheets that these companies usually have to manage.

The startup, which has raised funding from investors including Mike Rothenberg, Dave McClure, Shervin Pishevar, and Gary Vaynerchuk, has kept quiet for the last six to eight months while building the new services.

Cunningham says the company has set up sponsorships in the past with brands like Samsung supporting Instagrammers like Ike Edeani, who has 360,000 followers, with trips to the SXSW Interactive conference in Austin. 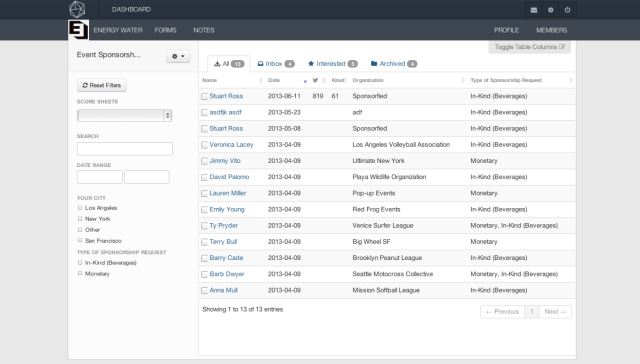