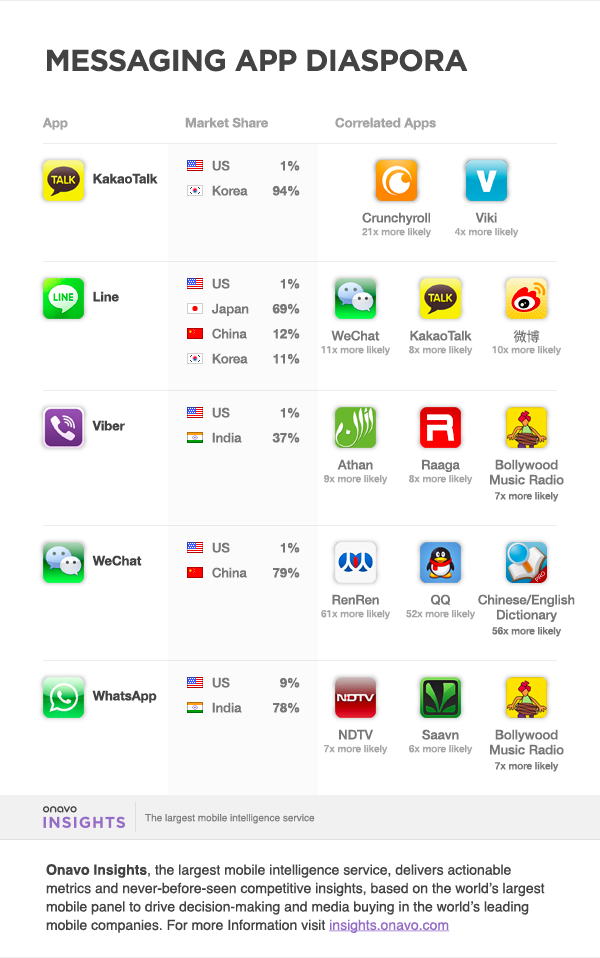 Even though it might seem intuitive that one messaging app will rule them all, WeChat, Line, WhatsApp and others are proving that messaging remains a stubbornly fragmented category with many geographic regions of the world seeing different leaders. KakaoTalk rules in South Korea, while WeChat dominates in China, while Line rules in Japan and the U.S. has no overwhelming leader.

One thing that’s interesting to note is how these apps are growing outside of their home markets. They are, in fact, spreading through immigrants, according to app tracking company Onavo.

So immigrants aren’t just bringing their languages and cultures to new countries; they’re bringing apps too.

The company is basing its thesis on correlations between usage of different apps in the U.S. market. Onavo has a couple data compression and management apps that several million people use to manage their data. Because they track data flowing in and out of every app, they have a gauge on which apps are actively being used at any time on an anonymous, aggregated basis.

They, for example, found that U.S.-based users of foreign messaging apps were several times more likely to use international dialing apps and dictionary or translation apps related to the home country of their messaging apps. That hints that they might be first-generation or recent immigrants.

If immigrants are helping to spread these apps beyond their home markets, it bodes well for countries that have large and very spread out diasporas like China. 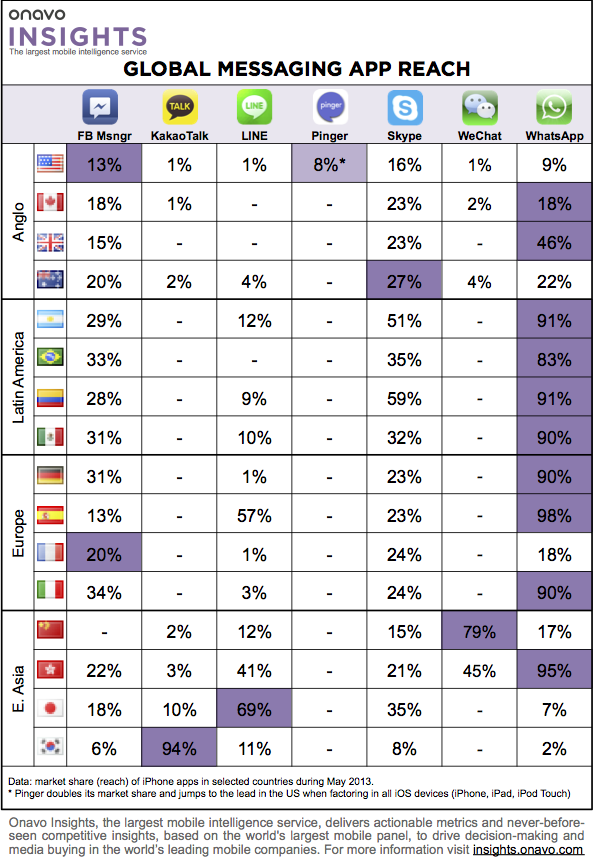