Google took swift action to ban Google Glass applications with facial recognition capabilities recently, following the launch of an API which would have allowed developers to build apps that could identify the faces of people who a Glass wearer encountered. Today, however, another company called Orbeus is launching its own face and scene detection API platform ReKognition for Glass, which sidesteps the privacy issues at hand, as it’s unable to detect someone’s identity.

Instead, ReKognition can tell if something is a face or not, or if it’s male or female, it can detect emotion, and to some extent, it can even tell how beautiful someone is. (On that latter point, the API has been trained somewhat subjectively by feeding it a series of celebrity photos to define the universal standard of beauty. Those who prefer a specific look may disagree.)

Though the company can’t reveal its customers by name due to privacy agreements, one is an Asia dating site which checks to verify that users’ profile photos are of men and women, as opposed to other things like a dog or flower, for example. The site also uses the beauty and gender identification capabilities to help it with its own matchmaking algorithms.

Another use case for��ReKognition comes from the advertising industry, where a small handful of customers have been building prototype digital, interactive signage which adapts the ad displayed to the customer looking at it. Yes, it’s very “Minority Report” – by knowing the viewer’s gender and age range, these real-world ads can be more narrowly and granularly targeted, as they are online.

Now, with ReKognition for Glass (or ReKoGlass, as it’s being called), the company is making its computer vision capabilities available to those building apps for Google’s new wearable technology. 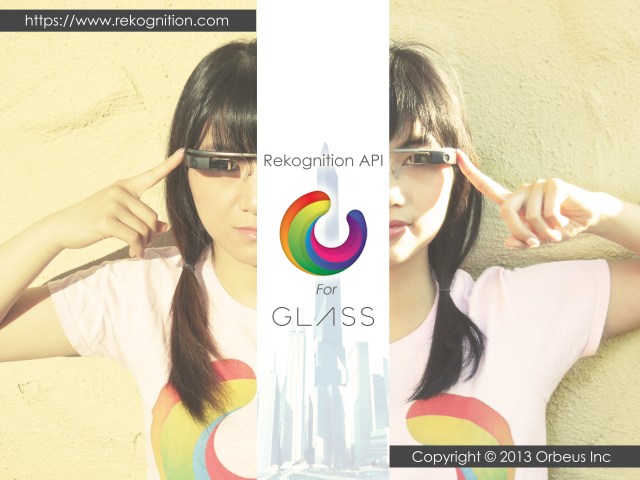 “Our API actually offers different face detection, face reading and scene understanding, so we’re not just a facial recognition company,” says Orbeus CEO Ning Xu, explaining that ReKognition doesn’t violate Google’s updated Glass policies. “But even without facial recognition, we can do a lot of things with your face, without revealing your identity.”

The company’s website offers some ideas, like taking attendance in the classroom or determining how many in an audience are male or female, for example. Of course, for many of these use cases, it would be more practical if images could be processed and analyzed in real-time. This is not something that’s possible today with Glass, which doesn’t yet permit direct developer access to the camera, however.

But Xu thinks that will change in time. “I believe – and our team believes – this is a temporary issue, and they’re definitely going to improve that part on Google’s side,” he says. “That’s what we’re offering this API now.” 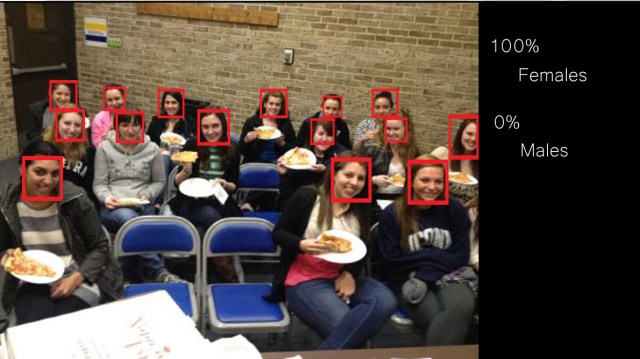 The Mountain View-based startup was founded by former Bostonians Meng Wang and Tianqiang Liu, and Xu later joined as CEO. The team took the company through Chicago’s Excelerate Labs (now TechStars Chicago) before relocating to Google’s backyard. Orbeus launched its API to the public last August, and has grown its customer base to over 1,000, a small percentage of which are now paying. Today, Orbeus sees over 3 million API calls for its freemium product, which is priced affordably in order to encourage sign-ups, with 40,000 free API calls (500 per day) available for free.

Xu explains that in addition to its tiered service, the company also sells to enterprise customers, and is now in the process of closing a deal with a photo album provider who will use ReKognition to group photos by faces to make the process of building a photo book easier for end users.

As for how many will sign up to try ReKognition for Glass, he’s less sure.

The startup is currently in the process of closing on $1.1 million in seed funding in a round led by ZhenFund (a super angel fund from China), and CRCM Opportunity Fund. The round should be closed by Friday.