New York-based Hullabalu is launching today with a new take on children’s storytelling. Instead of digital books containing interactive bits, as is now common on iPad, this new tablet app itself is the story where the action progresses as children engage with the magical world Hullabalu introduces.

The startup was founded mid-2012 by Suzanne Xie, whose first company, Weardrobe, was acquired by iLike.com in 2009, then later sold to Google with iLike where it became Google Boutiques. She more recently launched subscription-based snacks via Lollihop, which closed in early 2012.

Xie says she was inspired to enter the world of children’s entertainment because of her own fond memories of reading sci-fi and fantasy when she was a kid — and her team feels the same way. 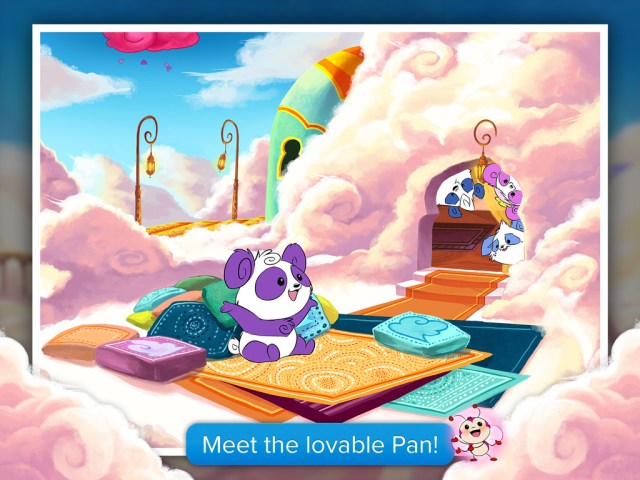 “But there’s not much of that that’s being told to younger kids,” she explains. “There’s obviously many reasons behind it, but obviously one of the biggest is that, traditionally, stories have always been told through text and with worlds that are rich. It’s often very hard to get that across to a young child. There’s too much text and vocabulary for them to understand,” Xie says.

“With how kids are picking up the iPad and learning how to interact with apps, we thought this was the perfect time for us to create a fantastical story,” she adds.

Hullabalu is launching as a paid iPad application ($3.99), introducing the child to an adorably crafted purple panda bear called Pan, who has adventures alongside a cast of characters in the magical world of Hullabalu.

One of the most noticeable things about the application is that it offers high-quality design and animation, the likes of which aren’t often seen in early-stage startups unless they’ve licensed content from bigger companies. There are a few exceptions, of course: Leo’s Pad from Kidaptive comes to mind, but that one has the benefit of having the president of a 3D animation studio as its CEO.

Hullabalu, meanwhile, has only a team of six, many of them young and relatively new to the industry. Xie is the sole founder, and serves as the lead writer and editor of these Hullabalu “stories.”

It should also be noted that Hullabalu isn’t purely educational in nature the way many of today’s children’s apps are — that is, it’s not core curriculum-based, though it does teach logical thinking in the sense that actions have consequences. While there is some text that appears at the bottom of the screens, it’s narrated and can be hidden from view. Simply put, the app is less about learning to read, and more about sparking children’s creativity and imagination, Xie says. 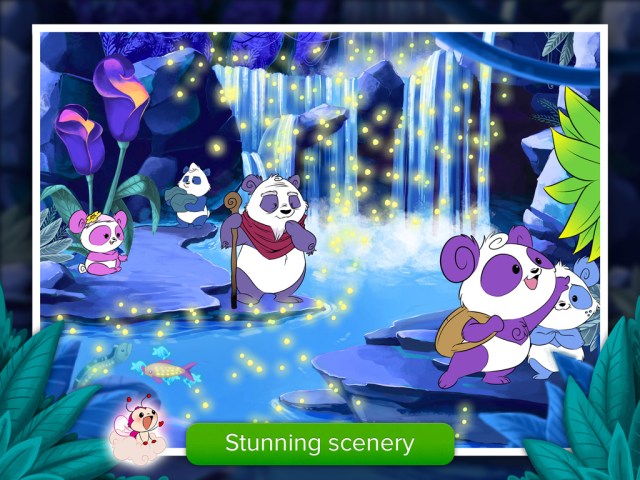 In addition to the story itself, kids can also launch a photo booth app from the homescreen for a little bit of extra fun. Going forward, Hullabalu plans to expand its lineup to include additional applications that continue the story, the first of which is due out this summer, and the next arriving later this year.

Initially, the plan is to generate revenue by charging for the app, but the eventual goal is to introduce merchandise like stuffed animals (some of which already decorate the startup’s offices), stickers, stationery, and more.