Microsoft just made a key hire that could help it re-energize its online mapping services. Raj Shah, who was previously heading up Google’s worldwide maps operations as the Engineering Director for Maps, will join Microsoft’s Online Services Division where he will likely work on Bing Maps and its related products. Microsoft confirmed to us that Shah is indeed joining Microsoft, but declined to provide any details beyond this.

A source tells us that while at Google Maps, Shah was responsible for the part of the operation that brought in mapping data from around the world and then integrated it into Maps. 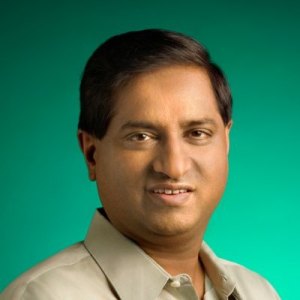 According to his LinkedIn profile, Shah spent the last three and a half years at Google “spearheading [the] creation of its Maps by first establishing a global infrastructure that encompasses all countries mapped by Google.” In this role, his profile says, he built much of this capacity from the ground up and then enhanced it by “adding richer features to make the maps highly differentiated in a crowded marketplace.” In his bio, Shah also notes that he worked with the Google founders and senior executives to “establish a disciplined execution process for engineering teams and projects spread throughout the world.”

Not too long ago, Bing Maps was pretty competitive with Google Maps, but it feels like it has lost its edge a bit lately. Google Map’ large redesign, which the company announced at I/O earlier this month, puts it even further ahead of its competition.