Rando only launched in March but the anti-social photo-sharing app that deliberately eschews the standard social network clutter of likes and comments and connections — simply letting users share random photos with random strangers and get random snaps in return — has blasted past five million photo shares after a little over two months in the wild. It is now averaging around 200,000 shares per day, says its creator ustwo.

For half that time Rando was iOS only, with its Android app not launching til April. Platform spread aside, the huge point here is that Rando has ditched all the self-congratulatory, endorphin-boosting hooks that apparently keep people tethered to their social networks. Yet managed to grow regardless. As Rando’s tagline pithily put it: ‘You have no friends’. The photos you share here will never be liked, never be favourited, and if they are shared outside Rando to other social networks, a feature Rando most definitely does not enable within its app, you likely won’t ever know anything about it. It’s a very rare digital social blackhole — but one that’s proving surprisingly popular (and all without any embedded social shares to grow virally), even while it’s refreshingly ego-free.

Rando has been downloaded almost 230,000 times since its March 10 launch, with nearly 35,000 downloads in the past seven days, according to data shared with TechCrunch by ustwo‘s Matt Miller (aka Mills). The platform breakdown is pretty even right now — with only slightly more iOS app downloads than Android (roughly 120,000 vs 107,000), showing how Android users are adopting Rando even faster than their iPhone owning counterparts, having had a month less to send strangers strange shots. There are, of course, many more Android owners than iPhone owners out there so there’s a lot more scope for growth on Google’s platform.

Rando’s top five countries by downloads are as follows:

Even though Rando does not enable social sharing within its app, users can take screengrabs and share shots manually — and that’s happening a little. ustwo notes there have been more than 25,000 #rando Instagram shares, for instance, despite the app not giving users any simple path to do that. Searching for #rando on Twitter also typically brings up a handful of organic daily shares.

The single piece of contextual information that Rando does allow its users to retain — the general location where a photo was taken — is also removed by close to a fifth of users (17%). While less than 1% of shared images have been marked as inappropriate so you can’t accuse Rando’s growth of being fuelled by sexting. You could perhaps argue it’s a bit of a curiosity that’s appealing to a small minority of people, even while most folk find it baffling. ustwo’s data shows that the app’s most active users (top 10% in terms of uploaded randos) have uploaded more than half (57%) of all the shared randos. But the app retention rate (50% in the past week) does sound strong. Specifically that means half of Rando’s users logged in within that week, which isn’t bad as an active user type stat.

A little bird tells me that ustwo, the London-based studio which decided to find out what would happen when it made an anti-social photo-sharing app, is preparing to push Rando onto a third mobile platform in the not too distant future too — so expect Rando’s growth trajectory to continue stepping upwards, as it has been since launch. ustwo says one million randos are being shared every four to five days now, at current usage rates. “You are literally looking at the next $1billion Yahoo! Acquisition,” jokes Mills.

Joking aside, there is something seriously interesting about Rando’s takeoff. Not to read too much into a single app, of course, but as an experiment in social-less networking it’s fascinating to watch. Not to mention ironic, since on Rando no one is watching you — which is entirely the point. But factor in the rumblings about teens’ declining interest in traditional social networks and Rando could be something of a canary in the social networking coalmine, picking up subtle traces of Facebook fatigue, and identifying a growing appetite among mobile owners at least to take back some control and reintroduce a little private space by slamming shut those social doors.

The rise of mobile messaging apps is another key trend to factor in here, apps which put private communication first, and social comms as a secondary add on. Certain age groups’ attention is arguably increasingly shifting to these more contained communications mediums — channels which offer both private and public comms within the one app, as Facebook does, but which aren’t centrally focused on publicly broadcast personal content. Rather they put the intimacy of one-to-one messaging at their core. Some, like China’s WeChat, even include serendipitous discovery features that are similar to Rando — like its Drift Bottle stranger messaging feature. 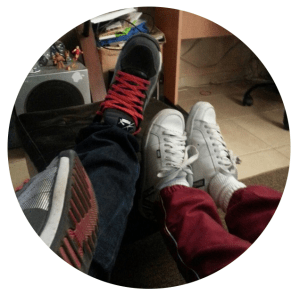 Mobile usage is certainly fuelling this messaging-centric shift. There’s no doubt younger social network users have shifted focus away from relying on the workhorse PC in the corner, and on to apps on mobile devices — aka, the device that’s always with its owner. But the mobile is not only highly portable it’s inherently personal, containing an address book of your friends’ phone numbers. Which may be another reason why mobile social networking feels a little different, demands a little more privacy than the old web portal gateway to the social city.

There are certainly various trends at play here. Photo/image-sharing dominating text-based status updates being another, which explains Facebook’s recent focus on photos. But, if Rando’s rise proves anything it proves that humans communicate in more subtle ways than you might imagine, and need less social reinforcement than you might think. And when you think in those terms, it’s not such a huge leap to imagine the shifting sands of communication eroding the foundations of huge walled social strongholds after all. Lots of little apps, all taking away a portion of people’s attention, could eventually add up to a collective social exodus from the old networks. At least of key youth demographics.

Let’s face it, when the ex-owner of former teen-favourite social network MySpace feels capable of some very public Schadenfreude at Facebook’s expense — taking the trouble to dine out on the perception of members’ growing disinterest in Zuckerberg’s empire — something is definitely looking a little wonky in that gigantic electronic country.

MySpace hasn’t expired entirely but exists today, Ozymandias-esque, as a much diminished version of its past all-powerful self. And Murdoch’s Newscorp famously lost a bucket load of cash on the acquisition and sell off. You’d think he’d be too embarrassed to mention it — but instead he’s finding time to chuckle at Facebook’s imagined expense…

Read that again, and it’s the same timeless warning as is contained in Shelley’s poem. Murdoch might as well have tweeted: ‘Look on my past works, Mark Zuckerberg, and despair!’

So while Rando’s relatively modest growth trajectory (vs Facebook or mobile messaging giants) is unlikely to make it onto Zuckerberg’s radar, it’s something any developer working in the social space would do well to take note of. Because even Facebook can’t overlook the wider forces at play in mobile — forces that appear to be reconfiguring the rules of the social game. And Rando is a small but telling member of that movement. 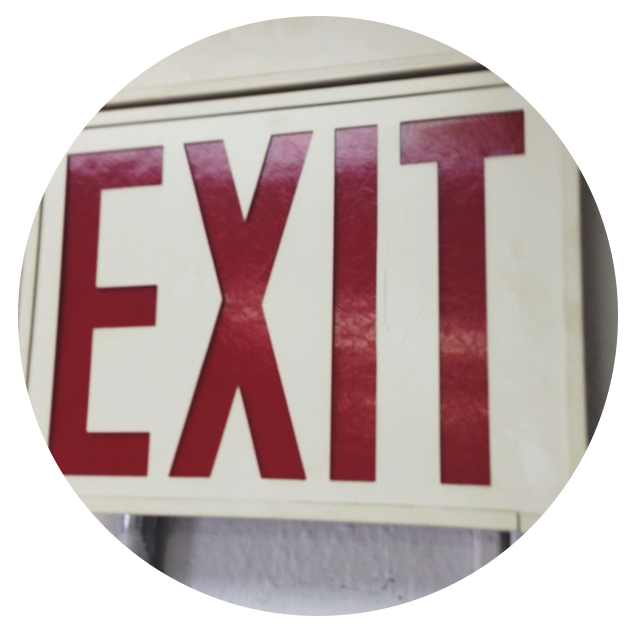