Sprint has decided to get deeper into the social and mobile space, announcing today that it has acquired Handmark and its subsidiary OneLouder. The acquisition is meant to beef up its Pinsight Media+ advertising group, specifically.

Through Handmark, OneLouder has built social apps like Twitter clients Tweetcaster and Slices, and Friendcaster, a Facebook client. The acquisition price hasn’t been made known, but it’s a huge win for the Kansas City tech space, a place that I visited just a few weeks ago.

Sprint hopes that this acquisition will bring a more “entrepreneurial spirit” to its mobile program, hoping to lure developers to use its own advertising platform. Mike Cooley, VP of New Ventures at Sprint shared: “The business, culture and technology they bring will be a huge asset to our business, and ultimately the customers of Pinsight Media+.” 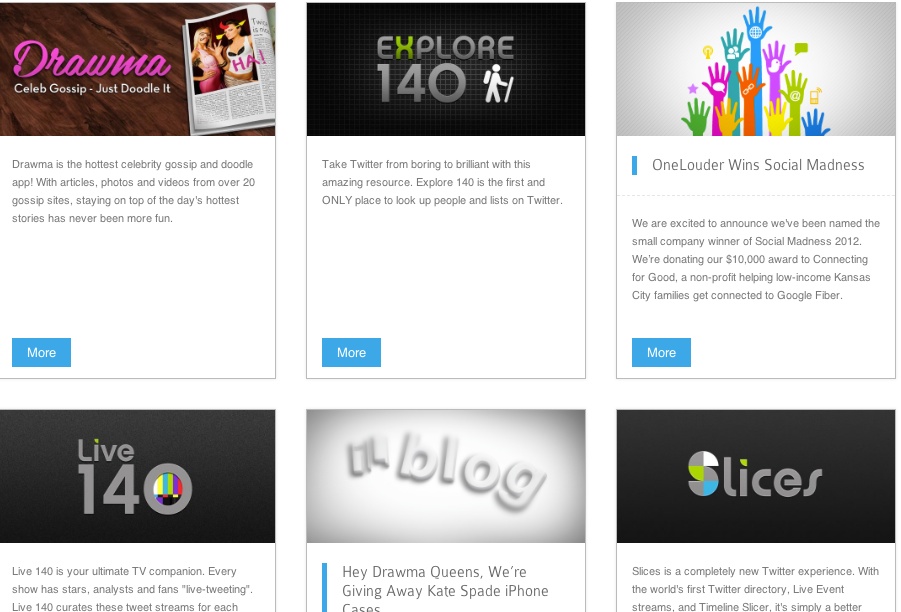 Through building all of its apps, OneLouder found a niche in advertising, having its own team that has worked on the ad platform and used its own apps to test it out. This deal also brings Sprint some strategic partners like CBS, which has a sports app powered by OneLouder. Tying the work that OneLouder has done on its ad platform with Sprint’s customer base should juice its mobile advertising efforts immediately.

The great thing about the acquisition is that Handmark and OneLouder will stay in its current home of Kansas City, serving as an example of what a budding tech hub it really is. Sprint has been trying to get involved with the KC tech crowd, as all of the activity surrounding Google Fiber has inspired companies to be formed and money and time to be spent on building communities and refocusing on making the area attractive to both coasts as an alternative base.