Google announced a number of new partner apps today on stage at Google I/O during the “Developing for Glass” session. Facebook and Twitter were the highlights of the list, which also included Evernote, Tumblr, Elle and CNN, in addition to the previously announced NYT and Path apps. 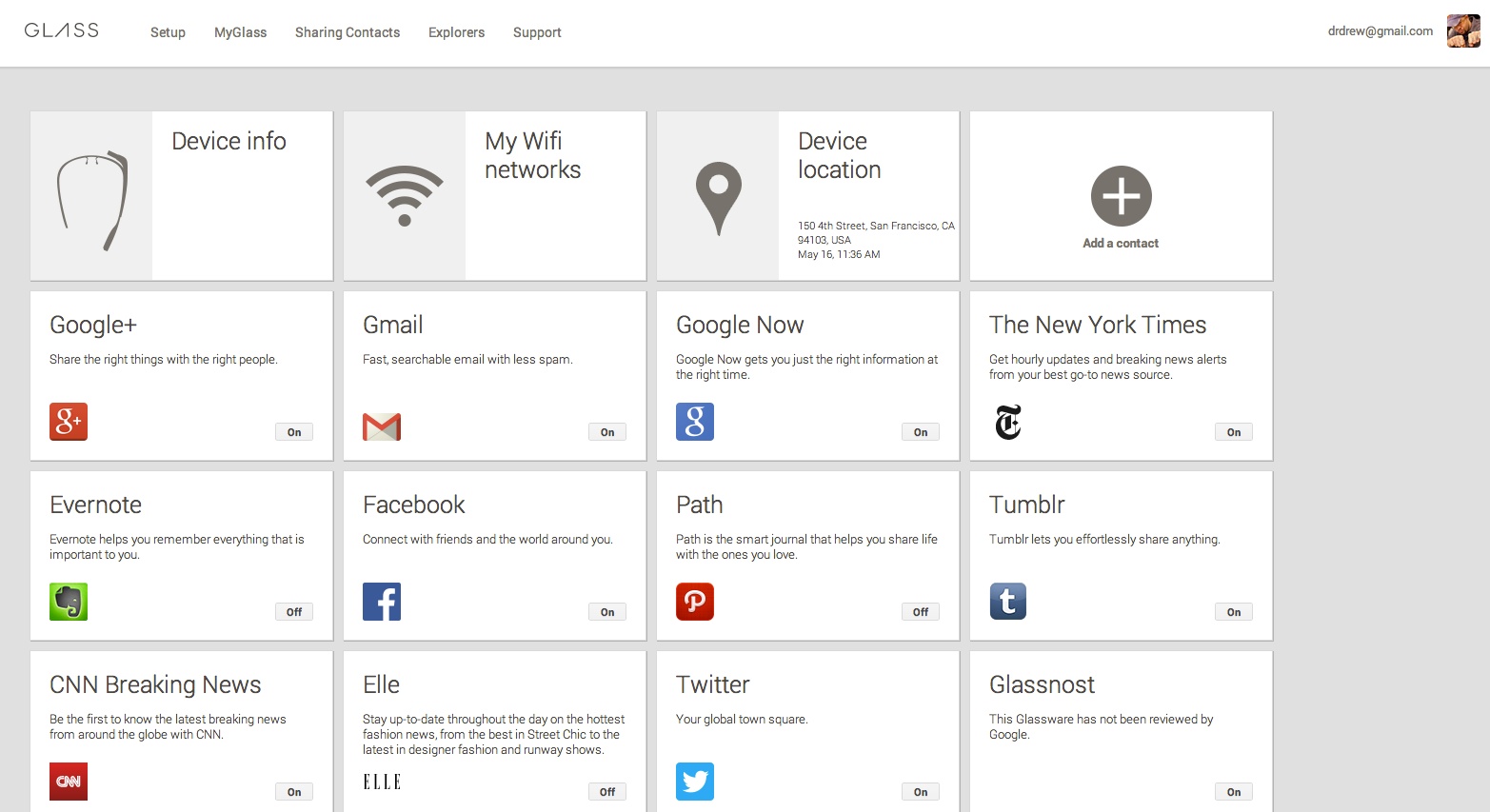 The CNN app sends video to Glass via updates, and streams news to a browsable feed. It can alert users when there’s breaking news in a category that they want to follow, and those alerts can be customized to show up at specific times of day. They show up as text but can also be read aloud using the Mirror API.

The Twitter app provides your stream, as well as posting capabilities and the power to snap photos from Glass and post them direct to your stream. On stage, Glass developer evangelist Timothy Jordan emphasized the DM capabilities on Twitter for Glass and how the messages add to a thread that becomes a bundle on Glass. With Twitter, one thing to note is that you have to specify who you receive notifications from (by default it tracks all the users you have mobile notifications enabled for), otherwise you may be greeted with an unending torrent.

Evernote on Glass holds true to its note-taking roll, giving users the ability to have their notes shared to Glass from the web or mobile apps. Content is translated to simple text by the Glass service and displayed as simple short paginated messages. 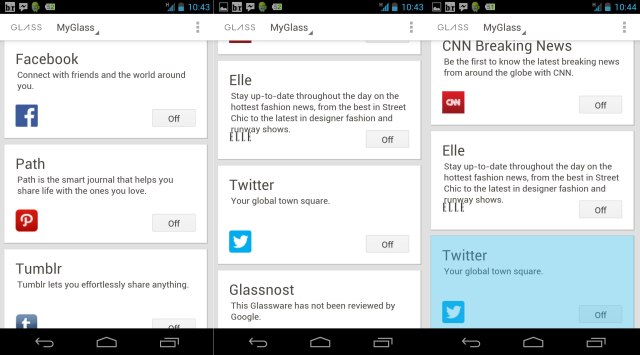 Facebook on Glass essentially acts as a new photo sharing tool, giving users a chance to immediately post pics to their FB timeline, and to then add captions and descriptions to those images via voice input once they’re posted. The pics can be deleted immediately if added by accident, and also shared either privately or with friends and the public. Jordan described the simple sharing and annotation features as exemplary of how a Glass experience should work. 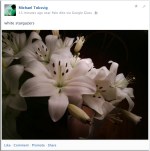 Elle provides snippets in the form of headlines to make it easy to browse through at a glance, and you can also add things to reading lists, or have articles read aloud. For Elle, Jordan said it’s a good way to funnel users to the main website later, and also a means of providing them with info about what articles are proving most interesting to users.

The Tumblr app for Glass allows you to receive updates from your Tumblr dashboard, and you can adjust the frequency with which you receive those. It also lets you post all kinds of content, including text, images and video. 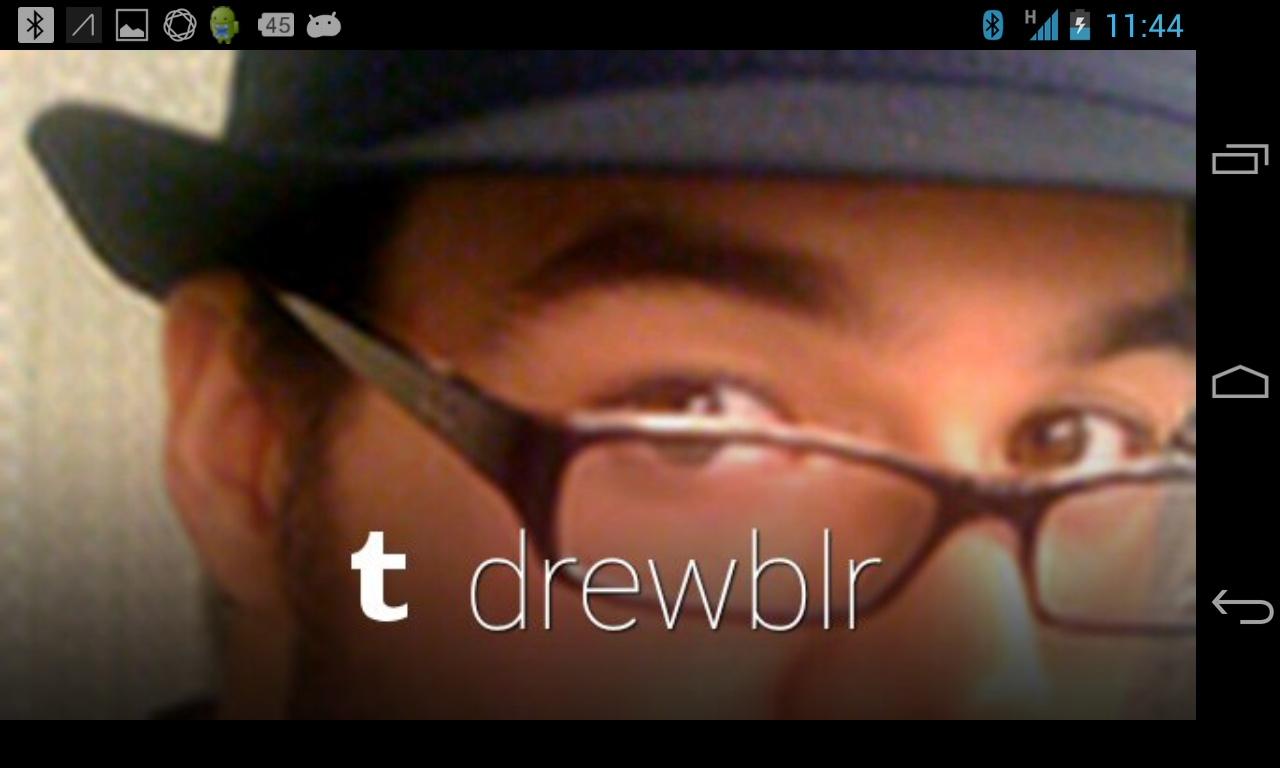 All the apps are available today if you’re lucky enough to be an Explorer or a developer with access to the hardware.