At its I/O developer conference, Google today announced a new Maps API for mobile developers, updates to Maps for Android and iOS and a completely refreshed Google Maps experience on the desktop. After the main keynote, however, Google also announced a major visual refresh for sites that use its Google Maps API.

The refreshed look, with new base map tiles, default markers and window style, will become the default in the Google Maps API experimental branch (which, despite its name, is actually the most-often used branch) on August 15. Developers can also opt in to use it today by just changing a single line of code.

It will roll out to the release branch, which is used by most Maps for Business customers, in November. The company said that more than 1 million sites use the Maps API, and all of them will get this visual refresh over the next few months. These sites reach about a billion users every week. 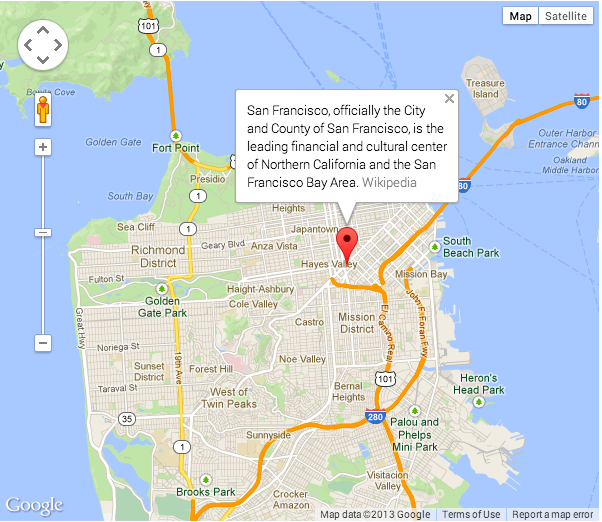 Google says it “carefully designed the change to work seamlessly with all existing sites,” so developers don’t have to make any major changes to their existing sites.

Here is a full list of all the major changes: