Ready for a sky full of robo-planes?

Airware, a company that’s building the brains and guts for commercial unmanned drones, is announcing this morning that they’ve raised a big ol’ $10.7M Series A.

The round is led by Andreessen Horowitz, and backed by Google Ventures (Cue the conspiracy theories about why Google’s venture arm is puttin’ money into drones in 3…2…) As part of the round, Andreessen Horowitz partner Chris Dixon will be joining Airware’s board.

To be clear, Airware doesn’t make drones — they make the brains for drones. If you were to order something from Airware, you’d get a logic board (which handles things like auto-pilot, wireless communication, etc.) and all of the actuators and sensors you’d probably want to put in a drone.

The word “drone” can be a bit spooky. The first thing most folks think of when they hear “drone” (or “unmanned aircraft”) is their crazy controversial (and, yes, pretty terrifying) use by the world’s militaries.

That’s a shame, though. Like all technology, drones are not inherently evil — nor are they all killing machines. There are a bunch of completely innocent uses for drones — none of which involve shootin’ you from the sky or getting all Big Brother-y, and all of which are only made feasible by having a robot soaring a few thousand feet above the ground.

Over in Kenya, Airware-powered drones are being built to monitor the dwindling population of Northern White Rhinos to combat poaching. Head for the slopes, and companies are working on building drones to search for lost skiers. Other teams, meanwhile, are working on drones that use high-res infrared cameras to monitor their infrastructure for damaged power or gas lines. Vaccine delivery! Air quality research! 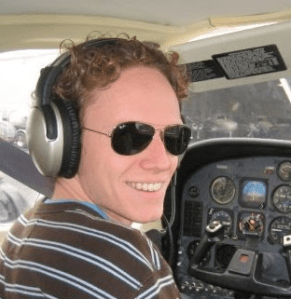 It’s important to make that distinction, as Airware doesn’t seem all that interested in working with the military. While they don’t rule out the possibility moving forward, Airware CEO Jonathan Downey tells me that not a one of their dozens of customers are military-focused.

(Plus, the U.S. military is already spending a few billion a year on their own drone research. They’re probably pretty good to go on their own.)

Instead, Airware wants to fill the gap between the massively-funded military drone work and the nascent DIY drone (or “personal UAV” — yeah, it exists) community.

While Airware came into existence back in 2011, Downey actually found his love for drones while studying at MIT a few years prior. He and a few friends entered a drone-building competition, and were surprised at just how limited and black-boxy all of the available drone tech was. A few years and a stint at Boeing later, Jonathan dove into building drones full time, raising a small seed round to get the ball rolling.

By the end of last year, that money had run dry. Through a twist of fate and a bit of good timing, the company made it into Y Combinator’s Winter 2013 class just as the FAA was opening up U.S. airspace to commercial drones. 4 months and one big YC demo day later, the company’s $10.4M Series A is the biggest post-Demo Day round in YC history.