Amazon is pulling a Netflix today, in the sense that it’s now touting the release of its original programming as the “most watched” TV shows on the Amazon Video service since launch on Friday. Netflix previously issued the same statement about its original show, “House of Cards.” But it’s not exactly an apples-to-apples comparison, here. When Netflix Chief Content Officer Ted Sarandos said that its new political thriller was the most-watched piece of content on the site, it was a few weeks after its release, not days.

It was also more remarkable because, in Netflix’s case, it was a single series, as opposed to a collection of content that includes more than half a dozen comedy pilots and six other children’s shows. Plus, Netflix’s content library includes many more blockbuster titles and big-name TV shows for an unknown property like “House of Cards” to compete with, again making Netflix’s news, generally speaking, a “bigger deal.”

That being said, count me in as one of those who took some time this weekend to peruse some of what Amazon Originals had to offer. (Hey, New Year’s Resolutions, remember?) 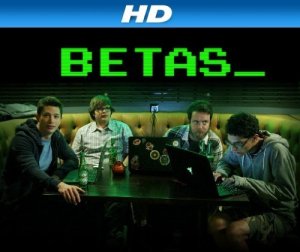 I didn’t get through much, to be honest – just the pilot of the Silicon Valley-based “Betas,” which you may find yourself either loving or hating. The series is well-liked on Amazon so far, with 4.4 out of 5 stars – and I can certainly confirm it’s a step up from Bravo’s reality show about startups. Still, it’s rough to watch and downright awkward at times, as it turns stereotypical ideas about startup culture and young founders into fodder for humor – like when the hot girl at the bar broadly refers to all these startup types as “aspeys” – apparently shorthand for those without social skills.

It portrays one of the characters as precisely that, too. He often drops pronouns when he talks for some odd reason, and basically loses it while others in the shared workspace engage in some sort of Nerf gun war as he’s trying to work.

But there are some funny moments as well, some of which are a bit too NSFW to describe here. (Check out Moby’s cameo, for example).

And…I’ll leave it at that.

In terms of the children’s shows, it was much harder to get a feel for them, as the ones we watched were decidedly unfinished works. Cartoons were not animated, Jim Henson’s puppet show was barely puppeted and so on. 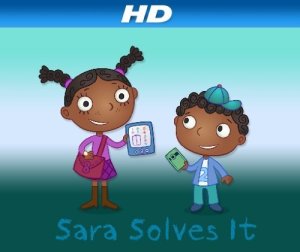 In testing these, ahem yes – I secretly replaced my toddler’s iPad with a Kindle Fire and watched for her response – she actually seemed well-enough entertained with the selection, though she got bored with Tumbleleaf (which I found too treacly, to be honest). She enjoyed Teeny Tiny Dogs for a bit, and really enjoyed Sara Solves It, likely for its now-familiar style mimicking much of today’s educational programming for kids, where problems to solve are integrated into the shows’ story lines.

Amazon has taken a different route with its original programming. Instead of funding the development of shows outright, it has left the greenlighting option in the hands of consumers, saying that it will determine which pilots are picked up based on user feedback.

But with news that the shows made up 8 out of 10 of the most streamed episodes across the video service over the weekend, and that thousands of customer reviews have led to more than 80 percent of ratings reaching 4 or 5 stars, it may be difficult for Amazon to say no to any of the new programs.