Now the Facebook can really start to replace your phone. Today Facebook rolled out its free VoIP voice calling feature to US users of Home and its Android Messenger app. That means even less reason to open your standard “phone” app, and more data for Facebook about who you care about the most. Now all iOS and Android users in the US can Facedial their friends. 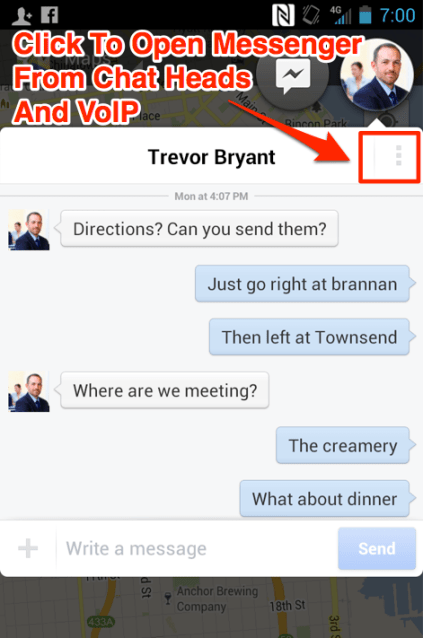 Previously VoIP for Android was available in 23 other countries, but its roll out to the United States makes it 24. Facebook tells me the rollout will happen over the course of today, and doesn’t require any formal app updates.

To start a VoIP call in Messenger you click the I icon on someone’s profile and then tap “free call”. In Home, you can start a call from a Chat Head by clicking the three dots beside a person’s name, opening the conversation in Messenger, and then following the steps above.

Facebook first began testing its open sourced version of VoIP with iOS users in Canada and the US in January, and has been slowly rolling it out to more countries and Android since. But today is the culmination of that rollout (excluding less critical developing markets).

With VoIP finally available to all Android and iOS users in its home country, users don’t have to worry about what device their friends are using. Now we can see if the product really works at scale, and whether Facebook will dig it out of its buried spot in Messenger.

Getting VoIP in place will be important if Facebook wants to win the brewing war to control messaging it will fight against Google and Apple. Google is soon expected to launch a unified messaging system that combines GChat, Google+ Messenger, Google Voice, and potentially Gmail to let you carry on synchronous and asynchronous text and voice conversations across different devices. Apple meanwhile already has its own Phone app on the iPhone, and its iMessage apps on several platforms.

The big companies are all realizing that as much computing power as is getting stuffed into smartphones today, they’re still fundamentally communication devices and that activity takes up a ton of our time. Whoever controls messaging will own that time, which comes with advertising and monetization opportunities through sales of sticker packs and more. They’ll also better understand who their users are closest to, which can be used to improve targeted social advertising. 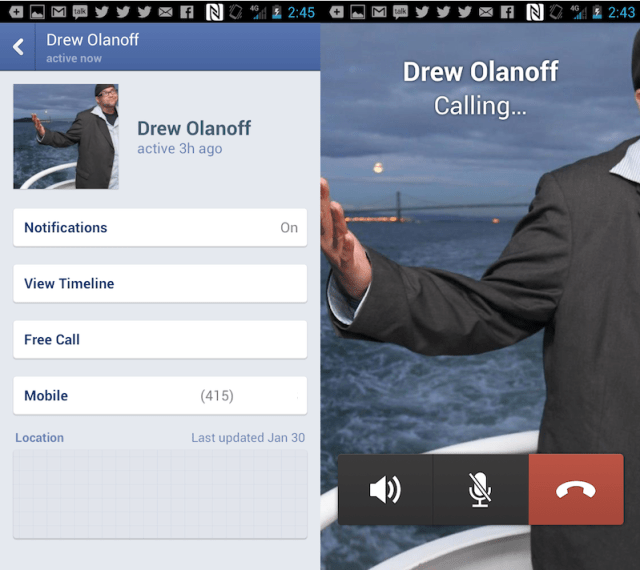