Professional networking and profile startup Zerply is introducing two new features today to help its members better advertise their skills and to help employers better source candidates for open positions. Work Images allows users to attach an 800×600 pixel graphic or picture to specific activities and things they’re working on, a feature designed to reflect the “pics or it didn’t happen” mentality of Reddit and other sharing sites.

Promoted Opportunities, the other new feature, is a monetization route and a way for interested companies to place their job opportunities with specific candidates who match their needs. Zerply CEO and co-founder Cristofer Karltorp explained it as a way to help companies approach top talent who might not even be looking, which is generally the best way to find A players, as most startups know. 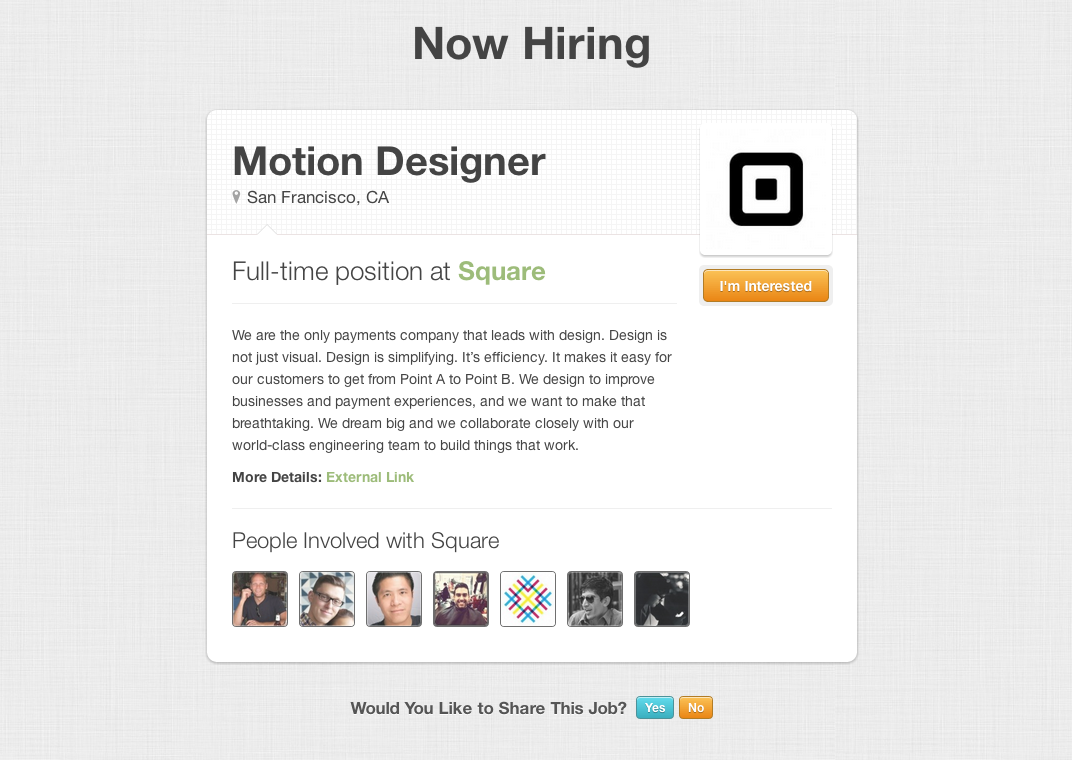 The opportunities are initially being pushed by a small pool of partners, but the companies taking part are ones that anyone would recognize, and more than a few would jump at the chance to work for, including Square, Kickstarter, Yelp, AirBnB, Etsy and Voxer. But equally important as choosing partners Zerply members respect is respecting the members themselves, and not using the network to spam them. Karltorp says that’s not what’s happening, thanks to the way Promoted Opportunities determines who should be shown job calls.

“As this opportunities get pushed out to our members, we’re matching them up based on tags,” Karltorp said in an interview. “So it’s not just anyone getting the post. Getting our members to realize it’s not just a mass spam to tons and tons of people, but it’s actually because you have these tags. They click the opportunity, and they get a description of the challenges of the position, and links to others who are doing the same role at Airbnb or Square and who are also on Zerply, and here’s some of the work they’ve created.”

The Work Images feature is something that Zerply has been testing out for a while now, and allows for Dribbble-style displays of a person’s portfolio work. But Karltorp says he thinks it goes beyond that, and has found that early users are embracing it for other purposes. One user who listed soccer coach as one of his positions uploaded a team photo, for instance. It seems like a small addition, he says, but it also helps to provide more ways for people to connect, and an actual visual record that proves people have accomplished what they say they’ve done. 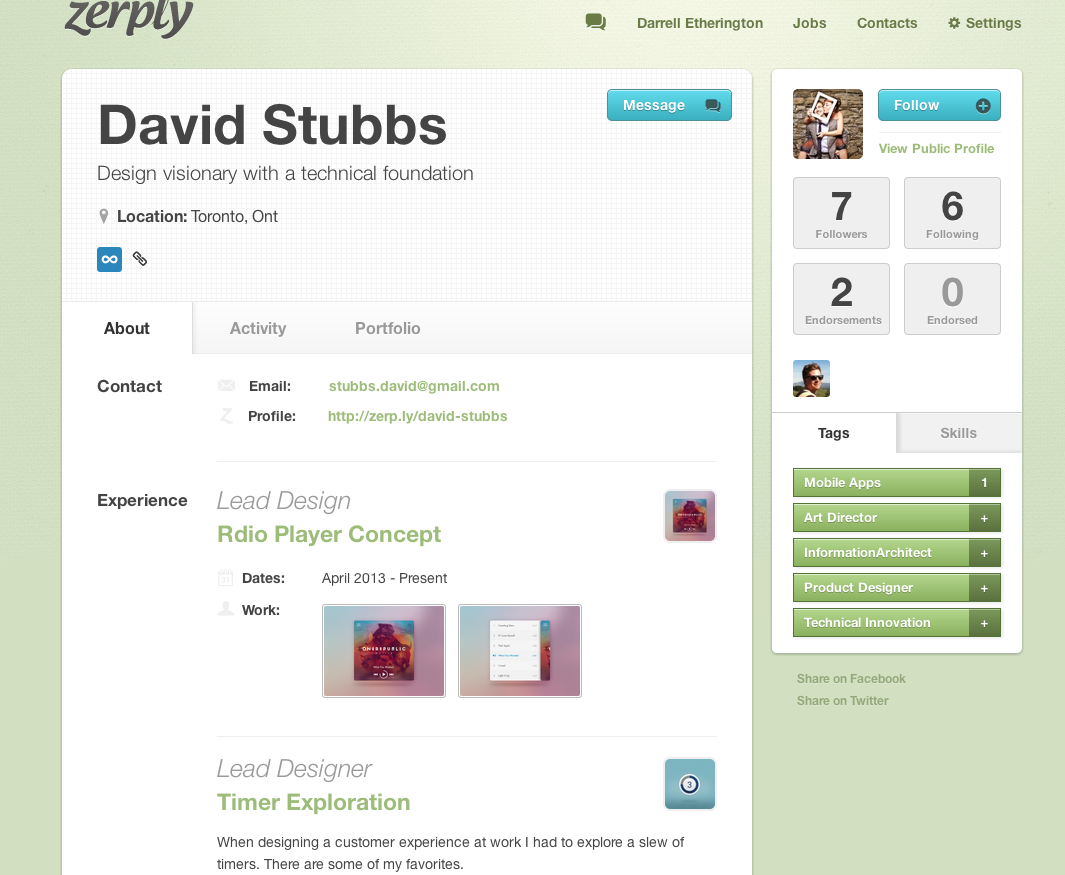 Images have also led to much higher engagement among users, Karltorp said. And the ability to now share those with customers and others who’ve worked on the project with them helps to create a network of trust and of proof, backing up online claims and strengthening online reputation.

Zerply isn’t yet revealing specifics about Promoted Opportunities pricing, in part because the launch today is designed to help them hammer out remaining specifics, but it does provide a definite revenue opportunity for the company. The key to its success will be in making sure that the promoted opps don’t turn off Zerply users, which will revolve around making sure they remain targeted and focused on positions people would actually want.