Crowdfunding sites have become a breeding ground for smart watches and even a fair number of dumb watches. But assuming one opts in for such a portable time-telling conveyance, that usually leaves a second wrist available for product targeting. For those willing to band together, a range of both inventive and connected wristbands have cropped up to ensure that ever more of your bodily real estate remains adorned with functionality. This week’s column will look at wristbands that don’t connect to smartphones whereas next week’s column will look at their higher-tech cousins.

Whacked: UVeBand. The rabbit holes of sites that feature products vying for your pledges is so deep that you can obtain just about anything through them except, perhaps, Vitamin D. Yes, as thermometers rise across much of the country, there’s a stronger case for feeling the warmth of our closest star upon our skin. Those who believe in the theory of epidermal warming, though, say we must temper exposure to dangerous rays that can burn us. Sunscreen can certainly help, but who wants to think about the best time to reapply when enjoying warm weather fun?

An offer of help came from the sunny paradise of Oxfordshire, UK, where Inovia has created UVeBand, a water-resistant wristband that detects exposure to ultraviolet rays and gives off a gentle vibration when it’s time to reapply sunscreen. Backers would receive a band in such Yankee-Candletastic colors as deep-sea blue, poppy red, lemon zest and harmonious linen. Not enough backers felt the burning passion to contribute, though, and the campaign wound up with less than a tenth of the £80,000 sought. 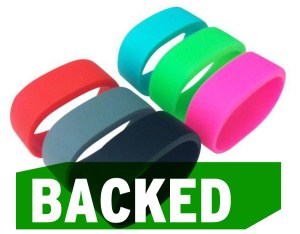 Backed: PocketBands. The PocketBand isn’t the first crowdfunded wrist wear to enable one to store a trivial cache on the go. Chicago served as the birthplace of Gokey, a wristband designed primarily for runners wanting to keep a key at hand securely.

The PocketBand’s design is a bit less daring but a bit more functional. In addition to carrying a key or two, it can accommodate a folded bit of currency (take that, minimalist wallets!), a stick of gum, a small pill or two, SD card or other similarly sized objects.

With about 13 days left in the campaign, PocketBands has attracted about double its $10,000 goal and should be serving as a thin layer between wrists and tiny necessities in May in a range of colors and sizes for about $10. 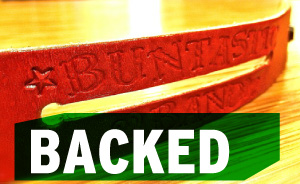 Backed: Buntastic Band. The anonymous inventor of the Buntastic Band hails from Provo, Utah, where she is a full-time student with a part-time job. That kind of time pressure can lead to only one thing: concern about the looks of your locks. With time on her hand not occupied by a watch on her wrist, she created an unassuming leather wristband that can lead a double life. By pulling hair through a slit in the band, rolling it and re-fastening its snaps, the Buntastic transforms from wristband to hairbun-enabler, allowing any woman to unleash the inner schoolmarm at a moment’s notice.

As any scrunchie user will tell you, the Buntastic Band is hardly the first hair product to find at least a temporary home on the wrist, but the $10 product’s campaign has tripled its funding goal before winding down. Delivery is expected in May; Bumpits, you’ve been put on notice.