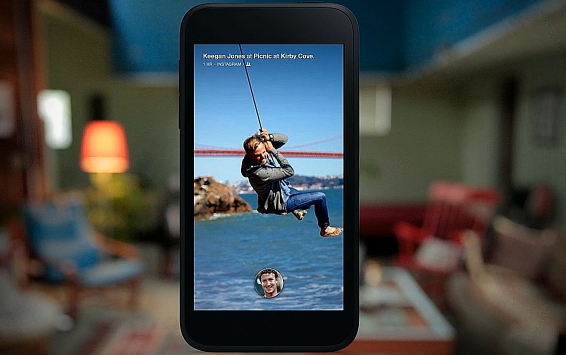 Just a day after announcing a new Android skin in the form of Facebook Home, the company has issued a FAQ regarding Facebook Home and privacy.

Though many seem excited to see Facebook take baby steps toward a full-fledged operating system, some are also concerned that using Facebook as a portal to your smartphone could become risky given all the information Facebook already collects on us.

Om Malik expressed serious concerns over Facebook knowing your location at any given time, namely because they’d eventually be able to pin-point the location of your home, place of business, etc. Activist Parker Higgins seemed concerned about the fact that Facebook would be reading text messages as well as Facebook messages.

Combining the two, along with when and how often we launch other apps, could give Facebook an even more powerful position in the app ecosystem and as an advertising platform.

If you find yourself expressing concerns over Facebook’s invasion of Android, here’s the important things you need to know:

With regards to location, things get a bit tricky. As with any other app, you have complete control over location permission within Facebook Home settings, so you have every opportunity to turn off location data entirely. If you choose to leave location on, here’s what you’re working with.

Facebook Home doesn’t use location in any way that’s different from the Facebook app you already have on your Android phone. You can learn about how location works across Facebook in our Data Use Policy and Help Center.

That essentially means that, anytime you use Facebook (upload a picture, check in, post a status update, send a message) Facebook will be able to pin-point where that took place. However, a Facebook spokesperson explained to CNN that Facebook will not actively be tracking the smartphone’s GPS location.

In other words, they aren’t pulling location data from us in any new ways, but they are putting Facebook in front of us a lot more, and will likely be able to gather more data in the exact same manner.

Whether this sounds shocking to you or not, it’s the trajectory we’re headed down. Zoom out for a moment: how many companies function on an ad-based revenue? Lots. This works because advertising is necessary, albeit annoying at some times. Without it, how would you know when Arrested Development is returning or that Valentine’s Day is full of hot deals.

If companies like Facebook can actually gather enough data to make ads meaningful and relevant, maybe we don’t have to hate those ads as much as we think we do.

Perhaps more interesting is the fact that Facebook feels it needs to educate users on this. The idea of Home is new — UI skins have been done on Android forever, but not by our single-most important online social tool. And it’s not like Facebook has never been used in the same sentence as “privacy issues,” whether you see that as innovative or terrifying.

Facebook has always pushed for more data, and been pushed back by its users. It’s a tale as old as Facebook itself.

Then, Facebook teamed up with Apple and built itself right into the OS. Oh, and some more little blue blips popped up, like Messenger and Poke. Now, Facebook will not only be the first web site you see on your laptop, perhaps the first app you open on your phone each morning. It will be the first thing you see every time you wake up your Android smartphone.

It’s a lot to take in. It’d be strange if you weren’t at least slightly concerned. Facebook knows this and thus, the explanation.

How much you want to bet we see a similar explanation when Facebook announces its Google Glass app? Glass Home?

Welcome to a new world.