This morning, as it said it would, gaming giant Zynga turned on Zynga Plus Casino and Zynga Plus Poker, its first real-money gaming sites, letting residents, initially only in the UK, deposit money to gamble online.

Anyone who has visited a real-world casino knows that the odds are stacked against you when you gamble. And Zynga’s new sites remind us that the same goes for virtual casinos, too. I’ve been playing Zynga’s games for the last half hour and have yet to win anything with my own hard-earned cash, but I have done a little better playing with Zynga’s play money.

You first need to register to get going on the site. Although Zynga gives you the option to play some games with play money — to test the waters — registering includes a requirement to enter payment information and put some real money on to the table.

Interesting to note that although Zynga is opening this first in the UK, users can already deposit five different currencies — pounds, dollars, euros, yen and Canadian dollars. The company does plan to extend into further markets where online gambling is regulated and Zynga is permitted, so perhaps it makes sense that it would be turning on that facility now.

I grew up in Las Vegas, and at different points both of my parents worked in casinos. But neither of those facts seem to have translated to me being much of a gambler. So, after depositing the absolute minimum of money into my new account — £10 was the requirement — I went straight for the low-hanging fruit: slots. Zynga, whose real-money efforts are being led by online gambling veteran Maytal Olsha, has been doing its research and knows that simple games like slots are the most popular way of bringing people on to the platform.

So for now this is where the bulk of the catalog rests, with 120 slot machine games on launch, many of them extensions of Zynga’s already-popular social gaming brands. You can see also how Zynga could use this in the reverse: popular brands that it might develop on its gambling portals could start to make appearances in its social games, too. 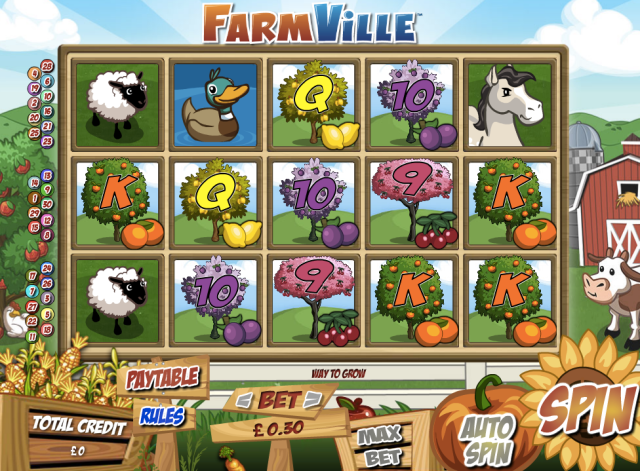 Other games are a bit more anonymous: 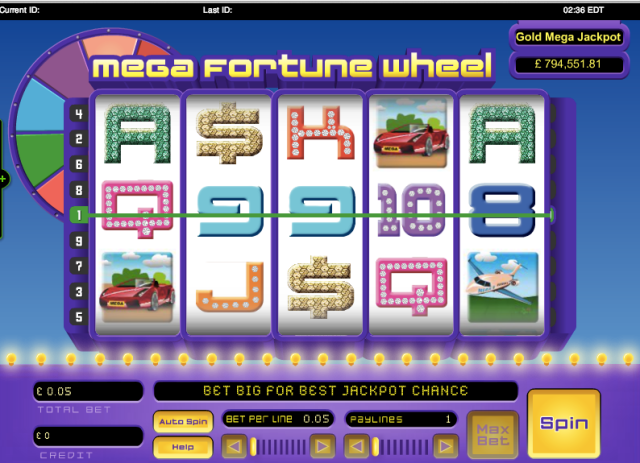 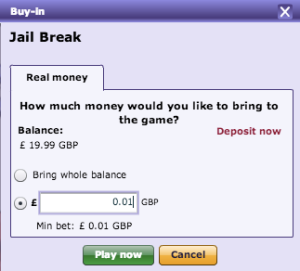 To play game you are taken to a little screen where you place your bet. Once you’re logged into the system you don’t need to add any security details for subsequent bets. Bets start at £0.01 per play for some of the slots, to £1.00 for table games like BlackJack. Popular branded games, like Farmville slots, start at a minimum of £0.30 per play.

I’ve so far not been able to play the more sophisticated games with my own money, because Zynga requires you to credit a higher amount to your account than I was prepared to deposit. But what it does offer is an option to play some of these with Zynga’s pretend money. There, I’ve been winning a few hands, but overall still looking at my basic account slowly diminishing. 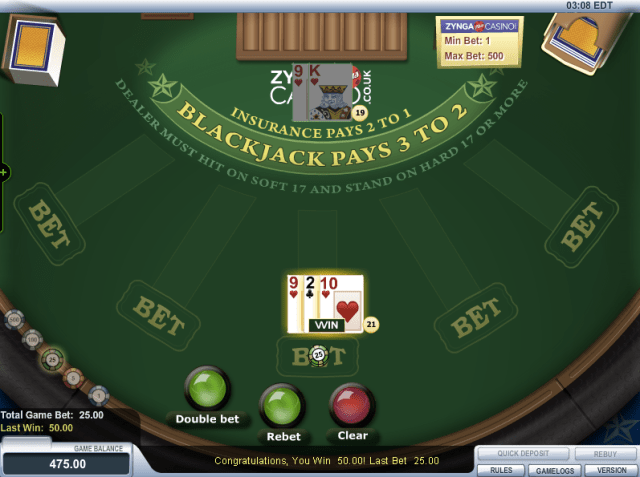 The Poker site I’ve not gotten to work yet but this is what the welcome screen looks like so far: 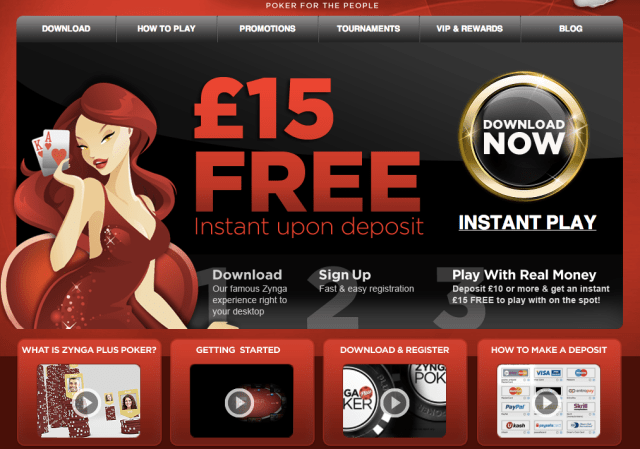 Nor have I been able to activate the ehanced version of the site that you get when you add a desktop app. This apparently enhances and improves the experience for users, and Zynga is enticing users to go that extra mile also by adding more jackpots for those who download software, rather than simply opt for “Instant Play” online. This option, however, only appears to be open for Windows users at the moment — and I’m on a Mac.

As Kim noted yesterday, the UK online gambling market is already pretty competitive. But in its favor, Zynga has is some very strong wattage in the form of existing branding with some of its most popular social games leading the way in its online gambling efforts. While a lot of online gambling has been attractive for actual gamblers, what Zynga could bring to the table is a whole new class of people who have been initiated through its virtual-currency and free casual/social games, making it less of a niche activity and more of a recreational one.

The company has been slowly laying the groundwork for the gambling foray and launching now in the UK gives it a good place to test out what is working and what is not for when it extends online, real-money gambling to further countries later this year in Europe and beyond (those supported currencies should be one clue to where Zynga would like to go next, regulators allowing).

Given that Zynga built its business around social gaming, it’s noticeable how absent this is from the real-money experience. That could be because Zynga is testing out how people play its games when they are more anonymous — perhaps even more important for real-money games, where there may be some stigma attached to gambling, and moreso if you are losing horribly. But given how close social is to Zynga’s DNA it’s likely that we will see some walled-garden social elements appear here, too. There may even be some already in the poker rooms — which I have yet to be able to visit.

That’s not to say that Facebook and other platforms won’t be coming soon, given that both Facebook and mobile are already big businesses for Zynga.