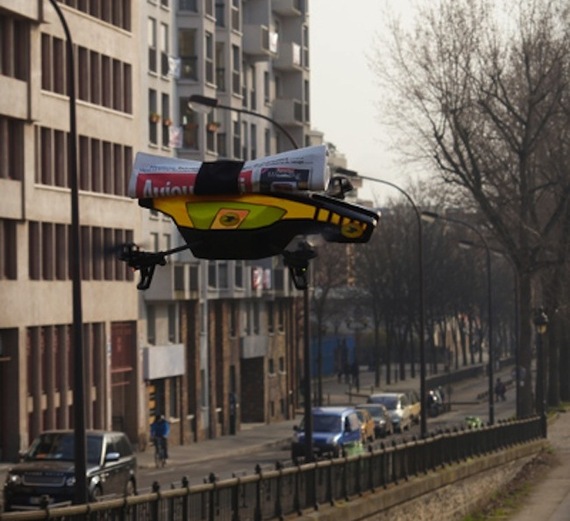 Pimply delivery boys will need to find a new way to make money in France: the province of Auvergne will pilot a drone newspaper delivery service in May. The official postal service, La Poste Group, has already been beta-testing the automated delivery service with 20 hornet-looking unmanned aerial vehicles.

FedEx has been a vocal proponent of a drone-powered delivery service, and the FAA has been steadily approving regulations to permit commercial drones by fall of 2015. If this happens, say goodbye to the harkening of spring by sexy UPS men in short shorts.

At least one state, Virginia, is on the path to place a two-year moratorium on law-enforcement drones, but that doesn’t seem like it’ll derail FedEx’s plan for an army of automated delivery drones.

While the morning paper is nice, I can’t wait for the taco-delivery service, Tacocopter. Even though this flavor fairy was a hoax (which fooled The Colbert Report), we hope it’ll be a reality soon.

Note: This is an April Fools joke, which suckered a lot of outlets, because it was not put out on April Fools day, but 3 day ago.