Bespoke Post, a subscription-based e-commerce startup offering a hilariously titled “Box of Awesome” (no, not that one – Bespoke Post is for grown-ups), is today announcing having closed on $850,000 in seed funding, led by Warby Parker and Bonobos investor, Great Oaks VC. Also participating in the round, which actually closed last fall, were 500 Startups, Brad Harrison Ventures, 1-800 Flowers’ strategic investing arm, and several angel investors. And, as of Monday, the company is expanding into Canada. 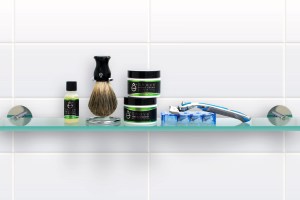 Launched in summer 2012, following participation in NYC’s Entrepreneurs Roundtable Accelerator, Bespoke Post is targeting the men’s shopping space by offering themed boxes that cost around the same price as a gym membership ($45/month, shipping included). When the service arrives in Canada next week, that price will increase by $15 to $25, depending on location, to cover shipping, duties, and taxes. Boxes typically retail at over $70, however, so it’s generally still a savings over directly buying each individual item they contain.

Past boxes have included a shave kit, a travel theme, a high-end cocktail set, a shoeshine kit, a “weekender” box, and others. What makes Bespoke Post’s model different, is that though it’s offered only on a “subscription” basis, customers can opt-out of receiving the box as often as they want after receiving the email that details the current box’s theme. 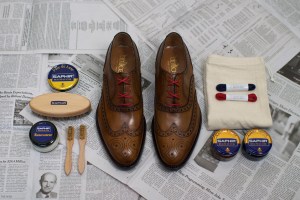 “We kind of bastardized the subscription model to better cater to our customer,” explains company co-founder Rishi Prabhu. Men aren’t typically big online shoppers, which is why companies like Bespoke Post, Manpacks, Dollar Shave Club, Meundies, and others are trying to entice men with more passive subscription-based commerce options, as of late.

“We want to deliver an experience to men from interesting brands – we don’t want to just deliver products,” Prabhu explains. Still, despite its focus on men only, he notes that 10 to 15 percent of the company’s current subscribers are women.

Bespoke Post has targeted its customer base by cultivating relationships with media companies and brands, beginning with a Details Magazine partnership last year. Last week, it partnered with AskMen, which will syndicate Bespoke Post’s boxes through its network. And the startup has a long-standing relationship with Diageo, which owns 17 of the top 100 distilled spirits (e.g., Johnnie Walker, Tanqueray, Baileys, etc.), beers (Guinness, Red Stripe, etc.) and wines.

The company works with these bigger brands on content, but also with smaller brands for the products in the box. “The cool thing is that we’re not sending overstock to people, we’re often custom-making these products with designers,” Prabhu notes.

Up until the close of the funding, the company was just a team of two, and was lacking the necessary infrastructure. Now, Bespoke Post is a team of seven and hiring. Prabhu declined to provide subscriber numbers, but had hinted last June that it was approaching a $1 million annualized run rate. He says the subscriber count has more than doubled since that time, and the company is seeing consistent double-digit growth. 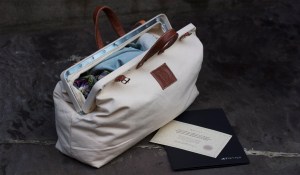 However, Prabhu says that subscription-based commerce is only the beginning of where the company wants to go. Though the team is discussing the introduction of a higher-price point box as another option for customers, its long-term vision may see it moving towards a more traditional e-commerce model where customers buy the products/”experiences” from the site itself.

“Subscription is a great way for us to start because it gives us scale and an interesting value proposition to customers,” Prabhu says, “but we see a lot of opportunity in expanding generally into commerce, and introducing a really innovative way for men to buy products.”