Supercell is a very quiet, humble mobile gaming company out of the very quiet and humble city of Helsinki, Finland. Unlike their brasher, Angry Birds-making brethren a 15-minute drive away in Espoo, they don’t like to talk much about anything beyond making games and about the company culture they’re deliberately cultivating.

All of this belies what has become a phenomenal business over the last nine months — one that makes around $1.3 million per day off two iOS games called Clash of Clans and Hay Day.

After about three months of considering whether to do a huge secondary round with the help of boutique investment bank Code Advisors, we’ve heard they sold somewhere between 16 and 20 percent of the company’s common shares in a deal that would value the company at around $800 million. We’re still trying to figure out the exact amount. It’s somewhere between $100 and 150 million, but closer to the lower end of the range. We heard they got close, but didn’t quite get to a $1 billion valuation, not that this should be the goal anyways.

Supercell declined to comment on the financing round. “We simply will not comment on market rumours,” said spokesperson Heini Vesander. “We’ve never really done that and will not do that now.”

We’ve heard that Institutional Venture Partners, Atomico and Index Ventures are the new investors. Tencent and DST had done some due diligence on the company in February, but didn’t end up going in for whatever reason. Index declined to comment, and Atomico and IVP did not reply for comment.

It’s a bold, ballsy bet for what is basically a two-product company in a notoriously hits-driven business.

While the macro trends behind mobile gaming are hard to argue with, the business is unpredictable. Several of the companies that were leading the charts two years ago are now much farther down, even if their businesses are still profitable. Last year, the whisper numbers for top grossing titles ranged in the $40-80 million range annually. At around $1 million a day, the industry is looking at mobile gaming franchises that could gross between $200 and 400 million in 2013.

A few days ago, Japanese carrier Softbank increased its stake in Gung Ho Entertainment, the maker of what is probably the most valuable iOS game in the world today — Japan’s Puzzles and Dragons. That deal valued that company at $4.1 billion, and Gung Ho’s financials suggested that that single mobile game made between $62 and 86 million in a mere 28 days last month.

So when you have a hit, it’s insane. But how many businesses can keep it up?

Supercell didn’t find its hits until two years after it was founded. Before it unveiled Clash of Clans in the middle of last year, it had to kill several early projects like Gunshine and Battle Buddies that weren’t testing well.

That said, the company has a very seasoned team. The company’s CEO Ilkka Paananen built early feature-phone gaming company Sumea and sold it to Digital Chocolate back in the early 2000s, and went on to create and lead Digital Chocolate’s Finland studio for several years. Because of his reputation in the local Scandinavian gaming community, Accel Partners took a 21.6 percent stake in the company in a $12 million round back in 2011. This was well before Supercell had even launched its first game, which is a big sign of faith from a top-tier fund in the team.

So far, he’s built the company carefully. Even though the company raked in somewhere between $500,000 and $1 million per day this past fall and winter, Supercell only grew its headcount by slightly over 20 people in the last four months. In contrast, Zynga was adding at least a person a day through its heady growth period in 2010 and 2011 — which made it harder to manage and preserve the company’s culture.

Supercell looks for self-directed people who have long histories in game design and development. Basically, people who are genuinely into the craft. Each team or “cell” in the company is small by design and operates mostly autonomously. Their monster hit Clash of Clans was built by five people and is now supported by a roughly 10-person team.

The company’s roughly 90 employees are intensely loyal to Paananen. They crack open the champagne bottles for all the games that they kill, just the way they do for the ones that succeed. In a recent company party, Paananen was giving a boring all-hands talk when the office lights suddenly shut down and a bunch of paid actors staged a fake zombie invasion to chase everyone out of the office. (Really. See below.) 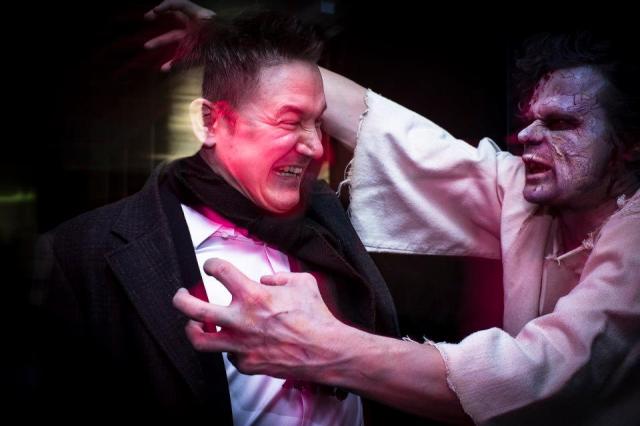 The other thing to note is that this is yet another big round where founders and early stakeholders are likely taking cash off the table. Rovio had a similar deal back in 2011 when it raised $42 million from Atomico, Accel Partners and Felicis Ventures. But that was mainly a liquidity round for Kaj Hed, the father of CEO Mikael Hed. (Long story. He owns about 70 percent of the company.)

Supercell has a much more normal-looking cap table, with Paananen owning just under 20 percent of the company before this round. (Finnish companies are obliged to make filings about their ownership and financials every year, even if they’re privately held. Expect to see some kind of release around earnings from Rovio and Supercell in the next month or so, which is why there might have been some pressure to close a deal now.)

Secondary rounds are a complicated and controversial issue in growth-stage financing rounds. Supercell clearly didn’t need the cash. They’re extremely profitable right now and only have about 90 employees. Secondary rounds, which let early employees and founders take cash off the table, can relieve pressure for a short-term exit. But the criticism is that they can take some fire out of the belly, and make teams less hungry.

Yet exit opportunities in gaming are arguably not that appealing right now. The IPO door is closed because of Zynga’s performance last year, plus you’d need a much longer track record beyond two games to prove long-term value to public shareholders.

At the same time, it’s easy to see why an acquisition wouldn’t be attractive. The big buyers are either still digesting their last deals or are in the midst of politically complicated changes. EA just had its CEO step down. Even though Hay Day is basically the Farmville of mobile, Zynga’s culture isn’t really that compatible with Supercell’s. The Japanese gaming giants are still figuring out their Western strategy while facing threats at home from emerging mobile gaming platforms like Line and monster games like Gung Ho’s Puzzles and Dragons.

Given how quickly the iOS ecosystem is growing, the better mobile game developers can control their own destinies. Supercell is choosing this way.